According to GuruFocus Real-Time Picks, a Premium feature, Paulson invested in 960,000 shares of the Boise, Idaho-based mining company on Aug. 17, impacting the equity portfolio by 0.12%. The stock traded for an average price of $5.34 per share on the day of the transaction.

The guru now holds 21.8 million shares total, which account for 2.79% of the equity portfolio. As of the end of the second quarter, it was Paulson’s seventh-largest position. GuruFocus estimates he has lost 35.2% on the investment since establishing it in the first quarter.

Formerly known as Midas Gold Corp., the miner, which produces gold, silver and antimony using environmentally responsible mining practices, has a $305.05 million market cap; its shares were trading around $4.85 on Tuesday with a price-book ratio of 3.58.

The chart shows the stock is trading below its median price-book ratio, suggesting it is undervalued. 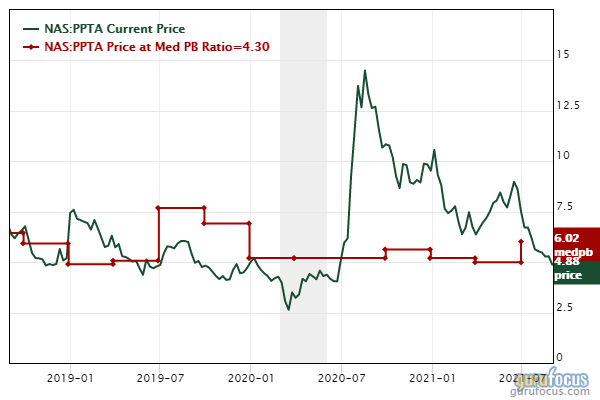 On Aug. 12, the company announced a public offering of 9.5 million common shares, which it priced at $5.25 each, for the U.S. and Canada. As is customary, underwriters were granted the 30-day option to purchase up to an additional 1.4 million shares.

The $50 million public offering closed on Aug. 17. Perpetua revealed that the proceeds will be used to continue permitting, early restoration and field operations, engineering and design at the Stibnite Gold Project and for general corporate purposes.

The company also noted that Paulson’s firm, pursuant to an agreement with Idaho Gold Resources and Perpetua, purchased a total of 3.8 million shares “to maintain its pro rata interest of 40.27% of outstanding common shares.” Since the firm is considered an insider, the offering is was noted as a “related party transaction” under Multilateral Instrument 61-101, which protects minority shareholders in special transactions.

GuruFocus rated Perpetua’s financial strength 6 out of 10. In addition to a Sloan ratio that implies poor earnings quality, the cash-to-debt ratio shows the company is underperforming versus slightly over half of its competitors.

The company’s profitability fared even worse, scoring a 1 out of 10 rating on the back of negative returns on equity, assets and capital that underperform a majority of industry peers. Perpetua also has a low Piotroski F-Score of 2, indicating operating conditions are in poor shape, as well as a predictability rank of one out of five stars. GuruFocus data shows companies with this rank return an average of 1.1% annually over a 10-year period.

Paulson is currently the only guru invested in Perpetua.

The guru's $4.19 billion equity portfolio, which was composed of 40 stocks as of the second quarter, is most heavily invested in the health care sector with a weight of 41.02%, followed by the basic materials space with 19.05% representation. 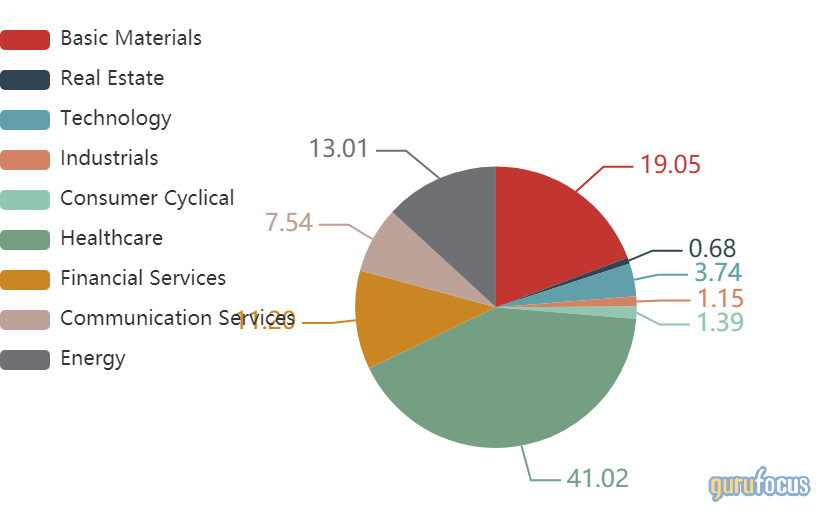 Other metals and mining companies Paulson was invested in as of June 30 included Novagold Resources Inc. (