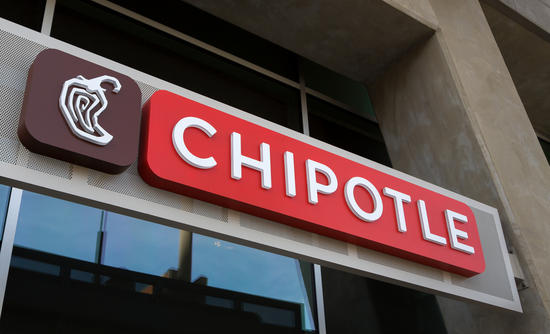 The guru's New York-based hedge fund takes large positions in underperforming companies with the intent of pushing management to make changes. This activist strategy allows the hedge fund to unlock value for shareholders.

According to GuruFocus’ Real-Time Picks, a Premium feature, the guru purchased 150,156 additional shares of Howard Hughes (

HHC, Financial) on Sept. 3. The shares traded at an average price of $92 on the day of the transaction and the purchase grew the holding by 1.11%. Overall, the sale had a 0.13% impact on the equity portfolio and GuruFocus estimates the total gain of the holding at 0.45%.

Howard Hughes develops master-planned communities and other strategic real estate opportunities across the United States. The company operates in four segments: Operating Assets, Master Planned Communities, Seaport District and Strategic Developments. The company specializes in the development of master-planned communities and residential condominiums; invests in other strategic real estate opportunities in the form of entitled and unentitled land and other development rights; and owns, manages and operates real estate assets currently generating revenue.

On Sept. 9, the stock was trading at $91.21 per share with a market cap of $5.03 billion. According to the GF Value Line, the stock is trading at a significantly overvalued rating. 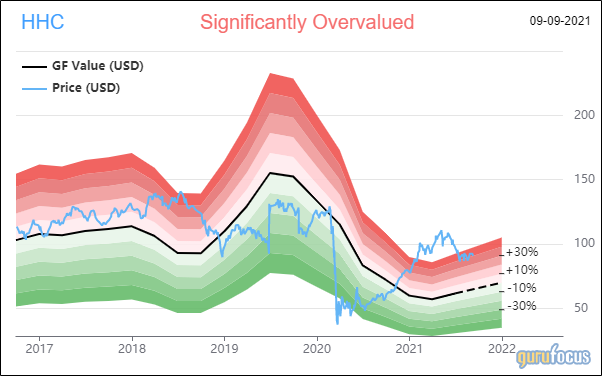 GuruFocus gives the company a financial strength rating of 2 out of 10, a profitability rank of 5 out of 10 and a valuation rank of 5 out of 10. There are currently six severe warning signs, including new long-term debt, poor financial strength and an Altman Z-Score placing the company in the distress column. The company’s cash-to-debt ratio of 0.24 ranks it worse than 56.80% of competitors despite increased cash levels through the end of 2020.

On Sept. 7, Ackman added to his position in Chipotle (

CMG, Financial) after several years of consistent reductions. The purchase of 28,589 shares grew the holding by 2.63%. The shares traded at an average price of $1,910.07 on the day of the purchase. Ackman has gained a staggering 174.17% on the holding and the purchase had a 0.51% impact on the equity portfolio overall.

Chipotle is the largest fast-casual chain restaurant in the United States, with systemwide sales approaching $6 billion in 2020. The Mexican concept is entirely company-owned, with a footprint of 2,850 stores heavily indexed to the United States, though the company maintains a small presence in Canada, the U.K., France and Germany. The company generates its revenue entirely from restaurant sales and delivery fees.

As of Sept. 9, the stock was trading at $1,918.91 per share with a market cap of $53.88 billion. The GF Value Line shows the stock trading at a significantly overvalued rating. 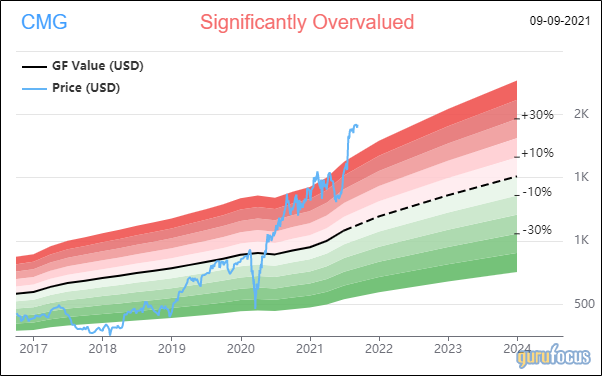 GuruFocus gives the company a financial strength rating of 5 out of 10, a profitability rank of 8 out of 10 and a valuation rank of 1 out of 10. There are currently three severe warning signs issued for assets growing faster than revenue, a declining gross margin and a declining operating margin. Despite the warning signs, the company’s operating margin exceeds 82.39% of industry competitors alongside a similarly strong net margin. 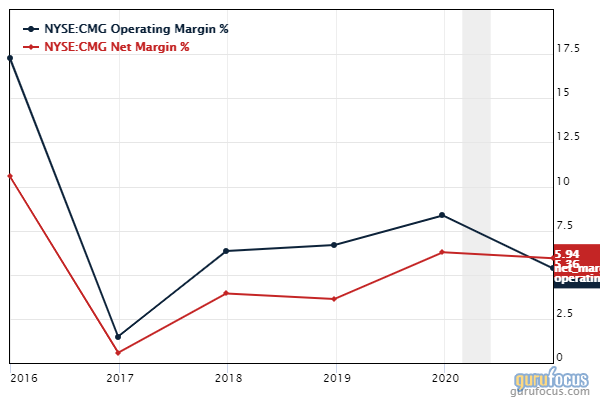 At the end of the second quarter, the guru’s portfolio contained seven stocks and no new holdings. It was valued at $10.71 billion and has seen a turnover rate of zero percent. Top holdings include Lowe’s Companies Inc. (