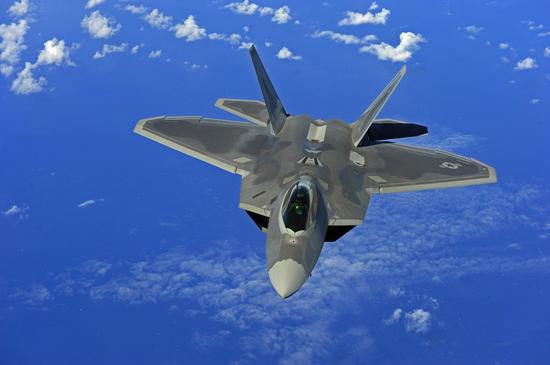 LMT, Financial) has spent decades establishing itself as a top defense industry player. The company’s long track record and enviable reputation as one of the world’s best developers of cutting-edge military aerospace technology have been key to winning numerous big government contracts. It certainly helped it secure the approval of both the U.S. government and NATO to develop the alliance’s next-generation Joint Strike Fighter (JSF).

The JSF program represents Lockheed’s single most valuable development contract by far. Lockheed has a lot riding on the aircraft’s success. Indeed, some investors have even begun to fret that Lockheed’s dependence on the next-generation fighter looks increasingly like a case of putting too many eggs in one basket.

The JSF contract presented Lockheed with the challenge of designing the military jet fighter that would serve as the linchpin of U.S.-NATO warfighting strategy and force projection doctrine for decades to come. What Lockheed has delivered is the F-35 Lightning II, an aircraft capable of unparalleled performance across a staggering range of mission profiles.

It took nearly two decades of development, testing, redesign and tweaks to get right, but Lockheed appears confident that the attendant development delays and cost overruns were worth the trouble of getting the F-35 right. With a full program life-cycle cost pegged at $1.1 trillion, doing it right was arguably better than doing it fast.

Unfortunately, delays cost more than just time and money; they also cost goodwill and political capital. Numerous Pentagon decision-makers have voiced frustration with Lockheed over the F-35 development, as have some of the top brass of other NATO allies. Indeed, higher-than-expected unit costs have already caused military customers to rethink their purchasing plans. In May, the U.S. Air Force announced plans to cut its planned future F-35 purchases by 10%.

Thankfully for investors, Lockheed Martin is actually much more than the F-35. Despite the preoccupation of many industry analysts, commentators and investors with the F-35, Lockheed has long been a massive enterprise with nigh countless moving parts. Lockheed’s August defense contract volume may help to convince some of the skeptics.

Last month, Lockheed raked in contracts to the tune of $1.2 billion, less than half of which were related to the F-35. The company brought in contracts worth $288.1 million to fund engineering and field service work for its popular Blackhawk and Seahawk helicopters. Contracts worth a further $211.5 million included the exercise of options for a heterodox assortment of components and equipment, as well as engineering services.

Signs of diversification are positive for Lockheed’s outlook, in my assessment. However, it is also important to note that, while August saw greater contract diversity overall, total contract defense contract volume was down sharply from July, as well as year over year.

Lockheed Martin is hardly unaware of the dangers that can attend to any overreliance on a single platform or source of revenue. Efforts to diversify its contract pipeline are certainly welcome, in my opinion. Unfortunately, I am also cognizant of the macro picture, which shows some signs of trouble for the aerospace and defense titan.

I remain confident in the long-term viability of the F-35, which will see increasing deployment levels in just the next few years. Even so, overreliance on a single platform to drive the lion’s share of revenue and profits always carries risk. I will certainly be watching Lockheed closely as the rest of the year plays out.

I/we have no positions in any stocks mentioned, and no plans to initiate any positions within the next 72 hours.
Rating: 4 / 5 (2 votes)
Write for GuruFocus
Submit an article
How to use GuruFocus - Tutorials What Is in the GuruFocus Premium Membership? A DIY Guide on How to Invest Using Guru Strategies GuruFocus New Features