The investment has returned more than 30% a year 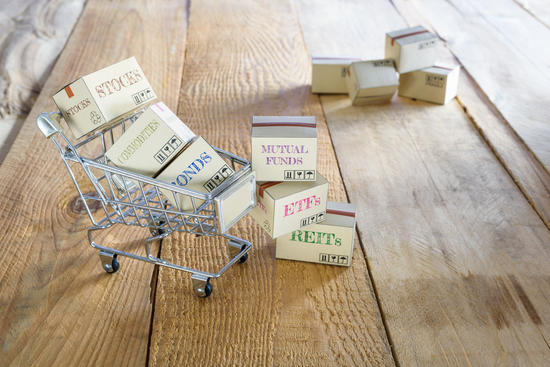 ValueAct Capital is one of the world's best-performing hedge funds. Formerly managed by activist investor Jeff Ubben (he stepped down in June 2020), the fund takes a long-term approach when it comes to its holdings. It is looking to buy undervalued equities, where it can either use its clout to improve operating performance or benefit from a catalyst for value creation.

One of the biggest winners for the fund in recent years has been the asset management group KKR & Co. Inc. (

This stock first appeared in the hedge fund portfolio in the second quarter of 2017. ValueAct bought an initial position of 5 million shares at an average price of $18.60, giving it a 0.8% portfolio weighting.

During the third quarter of 2017, the hedge fund continued to increase its position. By the end of the first quarter of 2018, it owned just under 50 million shares in the asset management group, giving it a 10% portfolio weighting. It had acquired the shares at an average price of around $20 apiece.

During the first half of 2021, according to ValueAct's 13F filings with the SEC, it has been divesting this position. Reports from the fourth quarter of 2020 to the second quarter of 2021 show that the hedge fund reduced its holding by around 45 million shares to just over 27 million shares. However, it is still the most significant position in the portfolio, with a 17.9% portfolio weighting.

Looking back at ValueAct's comments from 2017, it seems as if the hedge fund was betting on two trends by investing in the Asset Management Group.

First of all, it looks as if the group was buying into the brand. "One of the oldest and most storied LBO firms that has operated through market cycles has built up a tremendous brand," ValueAct President Mason Morfit said at the Active-Passive Investor Summit in 2017, as reported by Reuters.

The company also had an advantage over its private equity competitors. Ubben told Axios that the company had an outsized balance sheet, which could provide flexibility, although other managers believed that this balance sheet would be a burden to the group. KKR's total balance sheet assets were around $39 billion at the end of 2016 compared to $10 billion for Carlyle (

The firm also believed there was potential for the group to capitalize on booming private markets. "The company has 8 to 10-year locked up capital and generates a great management fee," Morfit said in 2017.

KKR had attractive qualities in 2017. However, a stock can look attractive from a valuation and growth perspective, but remain remain cheap without a catalyst.

Here's where ValueAct's investment thesis stands out. Ubben told Axios that the stock is undervalued, so "either the markets begin to get it "right" or KKR management will eventually choose to convert the structure."

Put simply, the hedge fund could see a catalyst that would unlock value. Either the company would go private itself, or it would convert to a corporate structure. At the same time, it would continue to pick up business and achieve those attractive management fees.

Everything ValueAct predicted has materialized. It is easy to say that this was the right investment in hindsight, but we need to understand why. The catalyst was undoubtedly KKR's decision to convert to a corporate structure. Following this conversion, the market re-rated the stock to a higher valuation.

This case study is an exhibit of how important it is for value investors to seek catalysts when looking for undervalued equities.