These companies have high financial strength

As a result, investors may be looking to buy financially strong companies in the industrial sector that meet Benjamin Graham’s Lost Formula screen, a Premium GuruFocus feature.

Prior to his death in 1976, the author of "Security Analysis" and "The Intelligent Investor" developed a refined formula that screened for companies with a price-earnings ratio of less than 10 and an equity-to-asset ratio of at least 0.5. The formula got its name from that fact that he was unable to publish it before his passing; therefore, it was lost to the public for a time. Since Graham also prioritized a minimum interest coverage of 5 with the companies he invested in, that element was included in the criteria as well.

As new milestones have been met by aerospace companies and gun sales have remained strong throughout the course of the Covid-19 pandemic, investors may be particularly interested in value opportunities in the aerospace and defense industry.

The screener found that as of Oct. 28, companies that met the criteria were Axon Enterprise Inc. (

The Scottsdale, Arizona-based company develops technology and weapons for the military, law enforcement and civilians. Its products include tasers, body cameras, dash cams and drones. 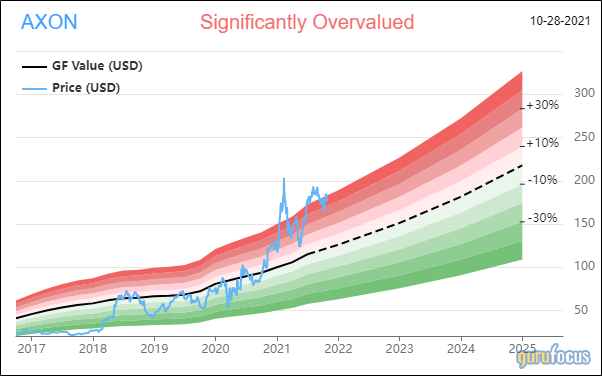 GuruFocus rated Axon’s financial strength 10 out of 10. In addition to a comfortable level of interest coverage and an equity-to-asset ratio of 0.72, the Altman Z-Score of 17.21 indicates the company is in good standing even though assets are building up at a faster rate than revenue is growing.

The company’s profitability scored a 7 out of 10 rating despite having negative margins and returns on equity, assets and capital that underperform a majority of competitors. Axon also has a moderate Piotroski F-Score of 5 out of 9, indicating operations are typical for a stable company, and a predictability rank of one out of five stars. According to GuruFocus, companies with this rank return an average of 1.1% annually over a 10-year period.

Of the gurus invested in Axon,

The company, which is headquartered in Arlington, Virginia, manufactures unmanned aircraft systems and tactical missile systems used for surveillance and reconnaissance. 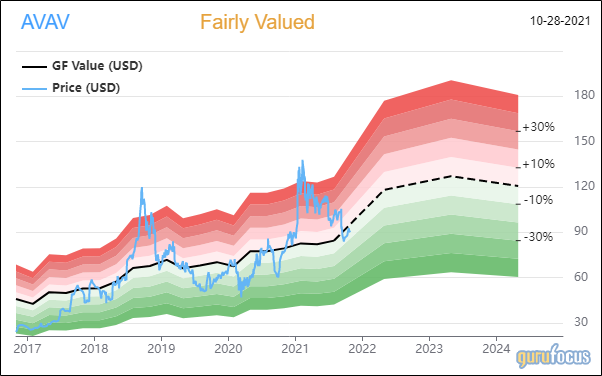 AeroVironment’s financial strength was rated 6 out of 10 by GuruFocus, driven by an equity-to-asset ratio of 0.66, adequate interest coverage and a high Altman Z-Score of 5.67. The return on invested capital also overshadows the weighted average cost of capital, indicating value is being created as the company grows. The Sloan ratio, however, implies the company has poor earnings quality, while its efficiency may be deteriorating as a result of assets building up at a faster rate than revenue is growing.

The company’s profitability fared better, scoring a 7 out of 10 rating. Although the operating margin is expanding, its returns are negative and underperform over half of its industry peers. AeroVironment also has a low Piotroski F-Score of 3, suggesting business conditions are in poor shape, and the one-star predictability rank is on watch.

A new addition to the screener, Sturm Ruger (

The Southport, Connecticut-based company, which is more commonly known by its shortened name Ruger, manufactures firearms and ammunition for the commercial sporting market. 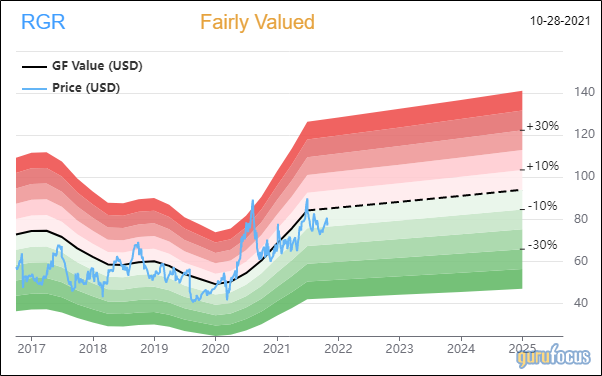 GuruFocus rated Ruger’s financial strength 9 out of 10 on the back of comfortable interest coverage, an equity-to-asset ratio of 0.8 and a robust Altman Z-Score of 15.54. Value creation is also occurring since the ROIC eclipses the WACC.

The company’s profitability also fared well with a 7 out of 10 rating. Although its margins are in decline, they still outperform over half of its competitors. Ruger also has strong returns and a high Piotroski F-Score of 7, meaning operating conditions are healthy. Despite seeing a decline in revenue per share over the past five years, it still has a one-star predictability rank.

Simons’ firm is the company’s largest guru shareholder with a 6.32% stake. Greenblatt,

The 165-year-old firearms manufacturer, which recently announced it is moving its headquarters from Springfield, Massachusetts to Maryville, Tennessee in 2023, also produces ammunition and shooting accessories. 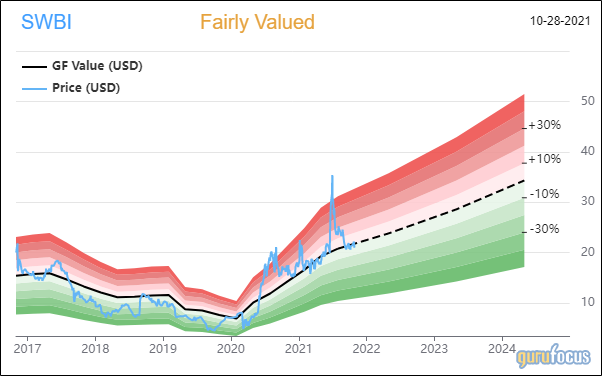 Smith & Wesson’s financial strength was rated 8 out of 10 by GuruFocus due to a comfortable level of interest coverage, an equity-to-asset ratio of 0.61 and a high Altman Z-Score of 9.39. The ROIC also exceeds the WACC, so value is being created.

The company’s profitability scored a 7 out of 10 rating, driven by strong margins and returns that top a majority of industry peers, a high Piotroski F-Score of 9 and a one-star predictability rank.

Of the gurus invested in Smith & Wesson, Simons’ firm has the largest stake with 8.74% of its outstanding shares. Greenblatt, Jones,