PLAY, Financial) has bolstered its management team and announced quarterly revenue, net income and edjusted Ebitda for its third quarter of fiscal year 2021, which ended on Oct. 31.

The company, which owns and operates 143 entertainment and dining venues in 40 states, Puerto Rico and Canada, appointed Antonio Bautista as senior vice president and head of international development, effective Jan. 1, 2022.

Bautista previously served as CEO of ALBP – Global Hospitality Solutions, a consultancy group providing comprehensive investment, strategy and execution solutions for hospitality, retail and entertainment companies across the globe. Before that, he was chief operations officer of Fogo De Chao, a full-service Brazilian steakhouse.

He also served a stint as senior vice president of Hard Rock Café and retail division and franchise development and operations at Hard Rock International, a chain of theme restaurants, hotels and casinos. In his new role, Bautista will oversee and execute Dave & Buster’s international development strategy.

Kevin Sheehan, Chairman of the Board and Interim CEO, said in a release, “We are excited that Antonio is joining Dave & Buster’s as we continue to strengthen our leadership team. He brings outstanding experience and an impressive track record of growing businesses internationally. We see opportunity to develop our brand globally and we believe Antonio is the right person to take Dave & Buster’s to international markets.”

“I am incredibly excited to be joining the Dave & Buster’s team,” Bautista said. “I have been a fan and guest of Dave & Buster’s for a long time, and look forward to adding my expertise to the talented group of team members throughout the organization.”

Founded in 1982, Dave & Buster’s is the owner and operator of 143 venues in North America that combine entertainment and dining and offer customers the opportunity to “Eat Drink Play and Watch,” all in one location. Restaurants offer a full menu of entrées and appetizers, a complete selection of alcoholic and non-alcoholic beverages and an extensive assortment of entertainment attractions centered around playing games and watching live sports and other televised events. 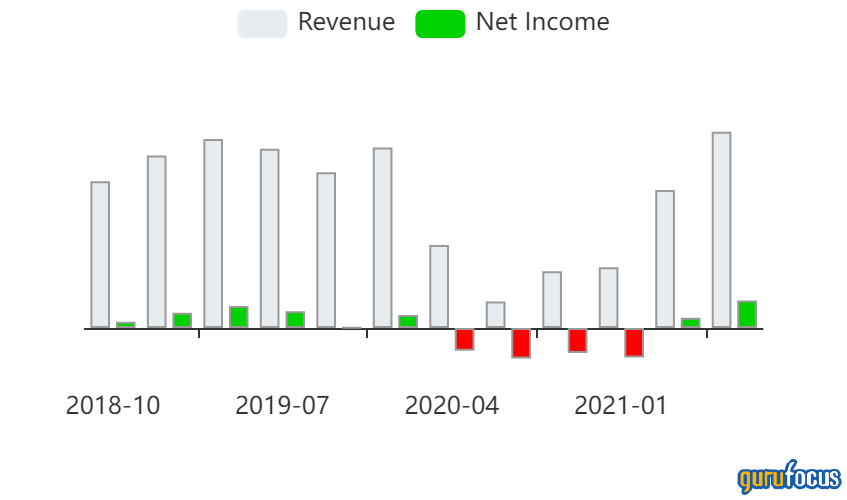