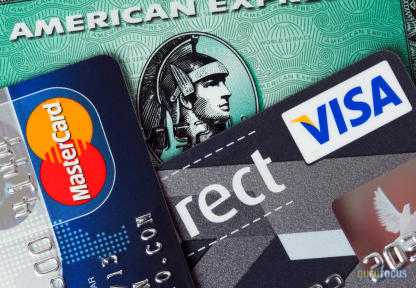 When picking stocks, the investor’s Omaha, Nebraska-based firm combines Benjamin Graham’s principles of price sensitivity and insistence on margin of safety with a conviction that qualitative factors which allow the company to control its own destiny can be more important than statistical metrics like book value and earnings.

According to GuruFocus Real-Time Picks, a Premium feature, the guru sold 15,000 shares of the Norcross, Georgia-based software company on Dec. 31, impacting the equity portfolio by -0.02%. The stock traded for an average price of $38.80 per share on the day of the transaction.

He now holds 615,000 shares total, which represent 1.01% of the equity portfolio. GuruFocus estimates Weitz has gained 3,589.83% on the long-held investment.

The software company formerly called Intelligent Systems Corp., which operates a credit card management and transaction processing platform, has a $335.76 million market cap; its shares were trading around $38.66 on Friday with a price-earnings ratio of 39.78, a price-book ratio of 8.06 and a price-sales ratio of 7.63.

The GF Value Line suggests the stock is modestly undervalued currently based on historical ratios, past performance and future earnings projections. 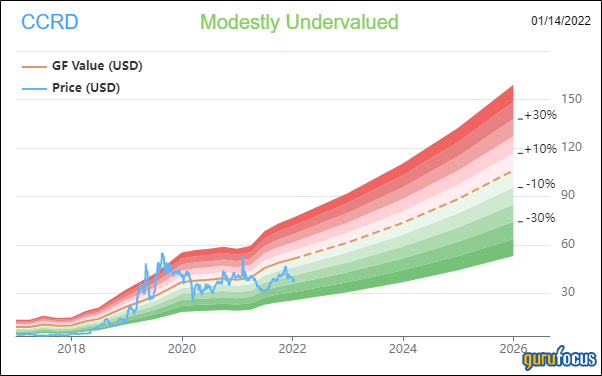 On Dec. 15, 2021, Intelligent Systems announced its decision to change its name to that of one of its subsidiaries, CoreCard. The change went into effect on Dec. 29, with the stock ticker becoming “CCRD.”

In a statement, Chairman and CEO Leland Strange noted the change “highlights our goal to grow our industry leading revolving credit platform as the primary business of the company.”

“Intelligent Systems Corp. was one of the early public technology companies with its IPO in 1980 and over the years it has founded, invested and grown many technology brands, including Peachtree Software and Quadram Corp.,” he said. “CoreCard was one of our investments and trading under our new name reflects the singular long-term focus to growing CoreCard and delivering value to shareholders.”

The company announced its third-quarter results in November, posting net income of $2.5 million, or earnings of 29 cents per share, on $12.9 million in revenue. 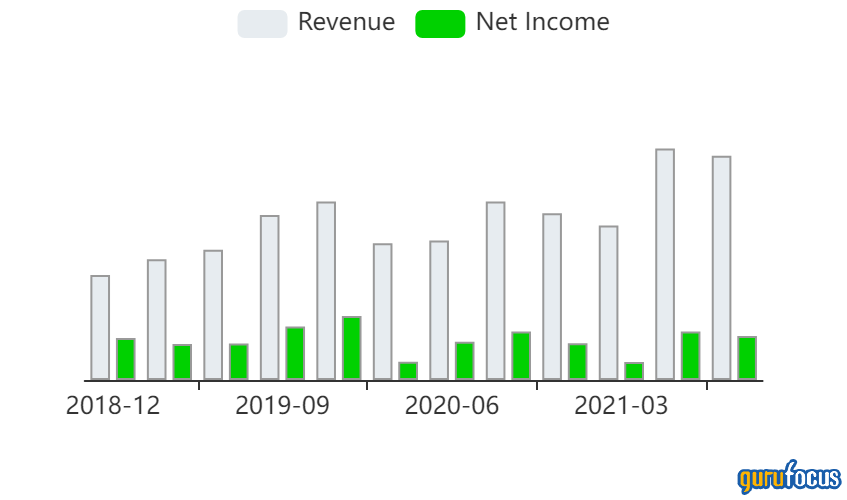 While net income was down slightly from the prior-year quarter, revenue grew 26%.

Supported by good debt-related ratios and a comfortable level of interest coverage, GuruFocus rated CoreCard’s financial strength 7 out of 10. The robust Altman Z-Score of 18.86 also indicates the company is in good standing. The return on invested capital eclipses the weighted average cost of capital by a wide margin, indicating good value creation is occurring as the company grows. 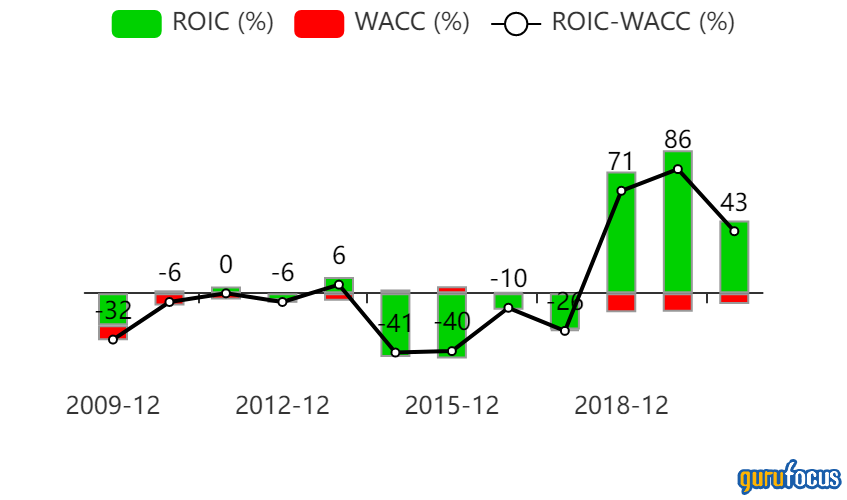 The company’s profitability also fared well, scoring a 6 out of 10 rating on the back of strong margins and returns on equity, assets and capital that outperform a majority of competitors. It also has a moderated Piotroski F-Score of 4 out of 9, meaning operations are typical for a stable company. Despite recording a slowdown in revenue per share growth over the past 12 months, it still has a predictability rank of one out of five stars. GuruFocus says companies with this rank return an average of 1.1% annually over a 10-year period.

Weitz is CoreCard’s largest guru shareholder with a 7.07% holding.

Over half of Weitz’s $2.36 billion equity portfolio, which is made up of 55 stocks as of the end of the third quarter, is invested in the financial services and communication services sectors.

Technology stocks, which include CoreCard, make up 14.72% of the portfolio. Other software companies Weitz held as of Sept. 30 include Fidelity National Information Services Inc. (

While the firm’s fourth-quarter portfolio has not yet been released, it noted on its website the Weitz Partners III Opportunity Fund posted a return of 11.8% for fiscal 2021, underperforming the S&P 500’s total return of 28.7%.