Why Devon Energy Is Still Undervalued

Devon Energy appears cheap even after its recent runup

DVN, Financial) has produced stunning results for oil and gas bulls during the past year with a 160% return. Naturally, many may wonder whether they should cash in on their profits or if they should stay invested, especially since we're talking about a cyclical stock with a price-book ratio of 3.62. However, I believe that Devon Energy stock still has plenty in the tank going into 2022; here's why.

Brent Oil has reached its highest price since 2014, topping $86 per barrel amid geopolitical tensions and persisting supply chain lags. I agree with many skeptics that oil prices are trading in a range, and we probably won't see much upside moving forward. But at the current price, we're still well above Devon's $30 per barrel breakeven price. In addition, Devon's operating income grew by 840% year-over-year; if we consider these two data points, it's clear that we're looking at a firm that could sustain its lucrative earnings pattern for quite some time to come. 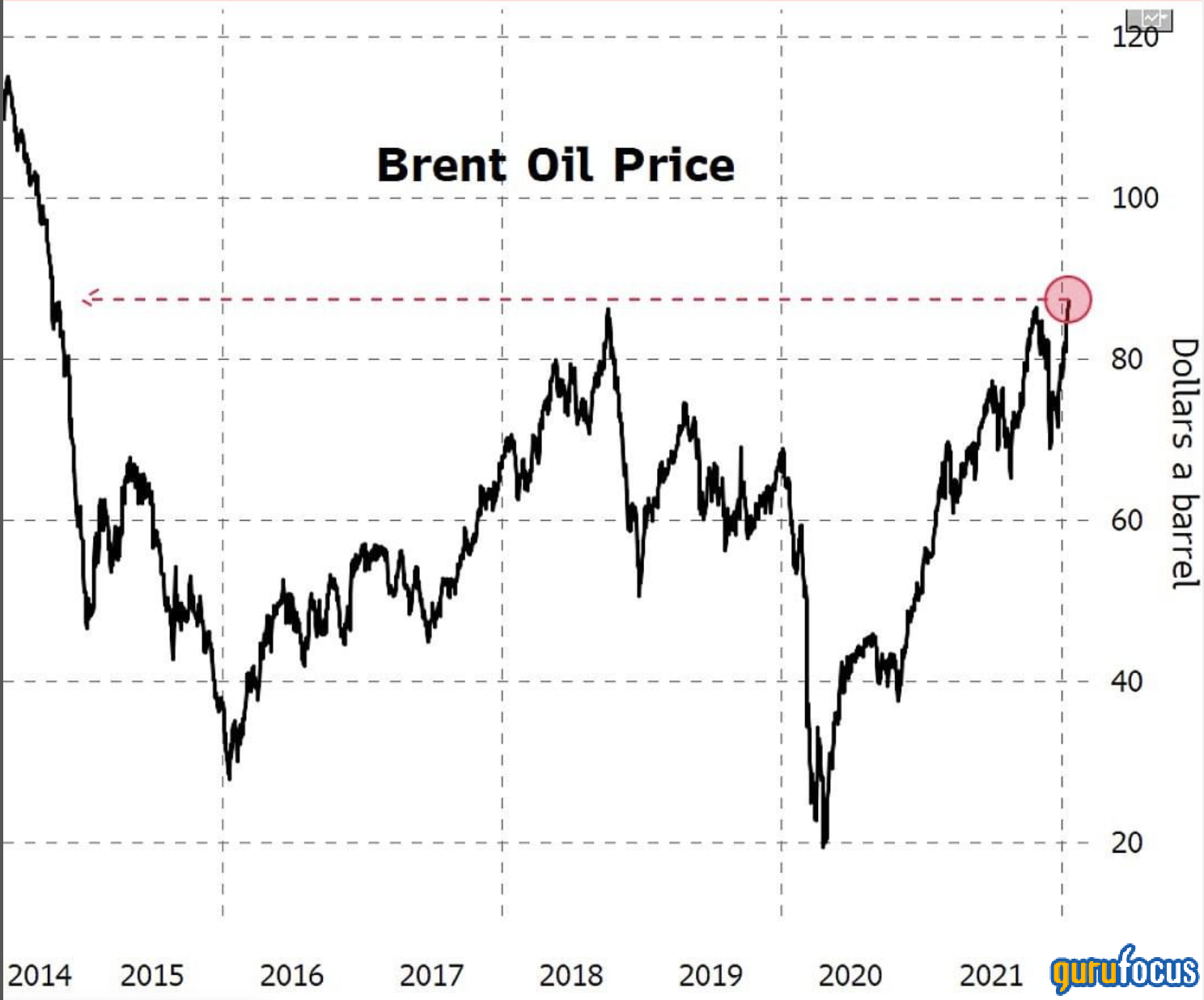 As mentioned above, the stock is trading at a high price-book ratio, but there's no use in looking at this in isolation. We need to look at what FinAnalyst calls the "justified price-book ratio" here to find something useful to base our inferences on, in my opinion.

Looking forward, based on analysts' consensus estimates, Devon Energy is expected to show normalized forward earnings growth of 8.19%, forward return on equity growth of 72% and a forward cost of capital of 19.92%.

Using the justified price-book ratio formula shown below, we can approximate that a fair book value for the stock could be 5.46, indicating that the current price-book ratio is actually low.

I prefer using the price-book ratio when valuing natural resource firms because of their large base of tangible assets. I don't see value in comparing price-earnings multiples at this stage because we're in a high price-earnings environment due to robust GDP growth and lower bond yields. Moving forward, I expect the stock to be fully priced at some stage; however, that won't be in 2022.

The Permian Basin is one of the few oil sources that can currently meet demand under U.S. jurisdiction, and consequently, a large bulk of the world's oil and natural gas is being supplied by the Permian. Devon has a strong foothold in the basin, which has allowed it to achieve significant improvements on margins, and I firmly believe that this will persist throughout the year amid a global reliance on the basin and other regions' reluctance to increase supply.

Devon Energy is still undervalued based on my valuation model, regardless of its strong bull run and high price multiples. I think the stock has a long way to go before its growth and future value are fully priced in.