According to Ackman's 13F filing for the fourth quarter of 2021, he has been buying shares in railway giant Canadian Pacific Railway (

CP, Financial), which operates a vast rail network stretching from Vancouver to Montreal as well as parts of the U.S., including major cities such as New York and Chicago.

In the past, Buffett has praised the defensive moat of railways, and he holds an extremely large position in Burlington Northern Santa Fe (BNSF), which operates the largest railroad network in the U.S. with 32,500 miles of track. In his annual letter to shareholders for 2022, Buffett stated:

"BNSF (Burlington Northern Santa Fe) continues to be the number one artery of American commerce, which makes it an indispensable asset for America as well as for Berkshire. If the many essential products BNSF carries were instead hauled by truck, America's carbon emissions would soar."

Now, while Ackman is investing in a different railroad company than Buffett, Canadian Pacific will also have the same kind of defensive moat as Buffett’s railroad investment. Canadian Pacific now makes up approximately 6% of Pershing Square Capital Management's 13F equity portfolio. Ackman holds a focused portfolio with seven stocks. Keep in mind, 13Fs only detail long common stock positions for U.S.-listed stocks and American depository receipts, so they do not provide a complete picture of a firm's investments, which may also include non-U.S.-listed international stocks, short positions, etc. 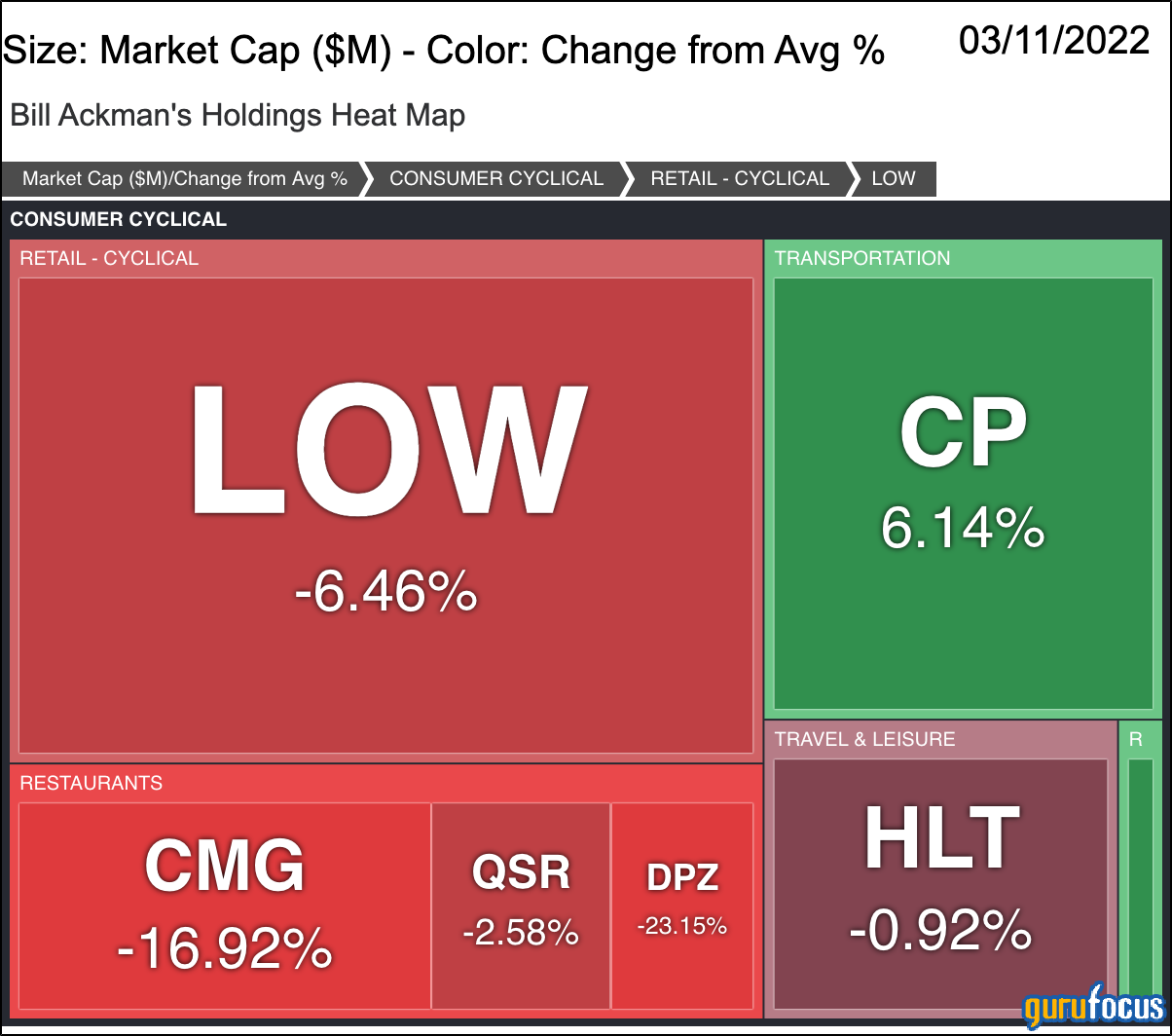 Canadian Pacific has big plans to create the the first single-line rail network linking the U.S., Mexico and Canada by combining with Kansas City Southern (

KSU, Financial), subject to regulatory approval. In addition, the company is investing in innovative products with their pilot hydrogen-powered line-haul locomotive, which is the first of its kind in North America.

The operating ratio is calculated by dividing a firm's operating expense (minus depreciation) by its gross operating income. The lower it is, the better. The good news is Canadian Pacific has a slightly lower operating ratio compared to Buffett’s BNSF at 63.2%. 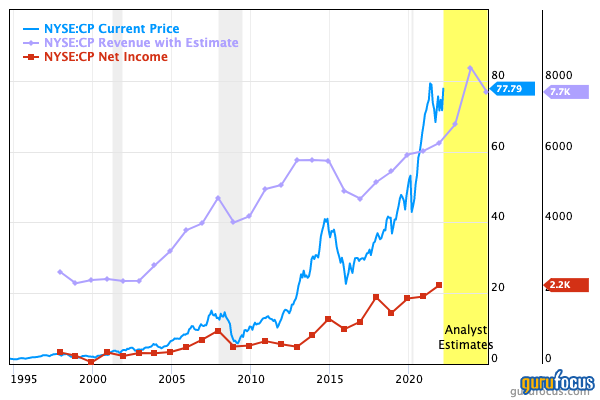 In terms of valuation, with a future Ebitda estimate of $7.3 billion, I get an enterprise value of $102.4 billion, which is 14 times expected Ebitda. This isn’t exactly cheap, but not too expensive either. The GF Value Line estimates the stock is modestly overvalued. 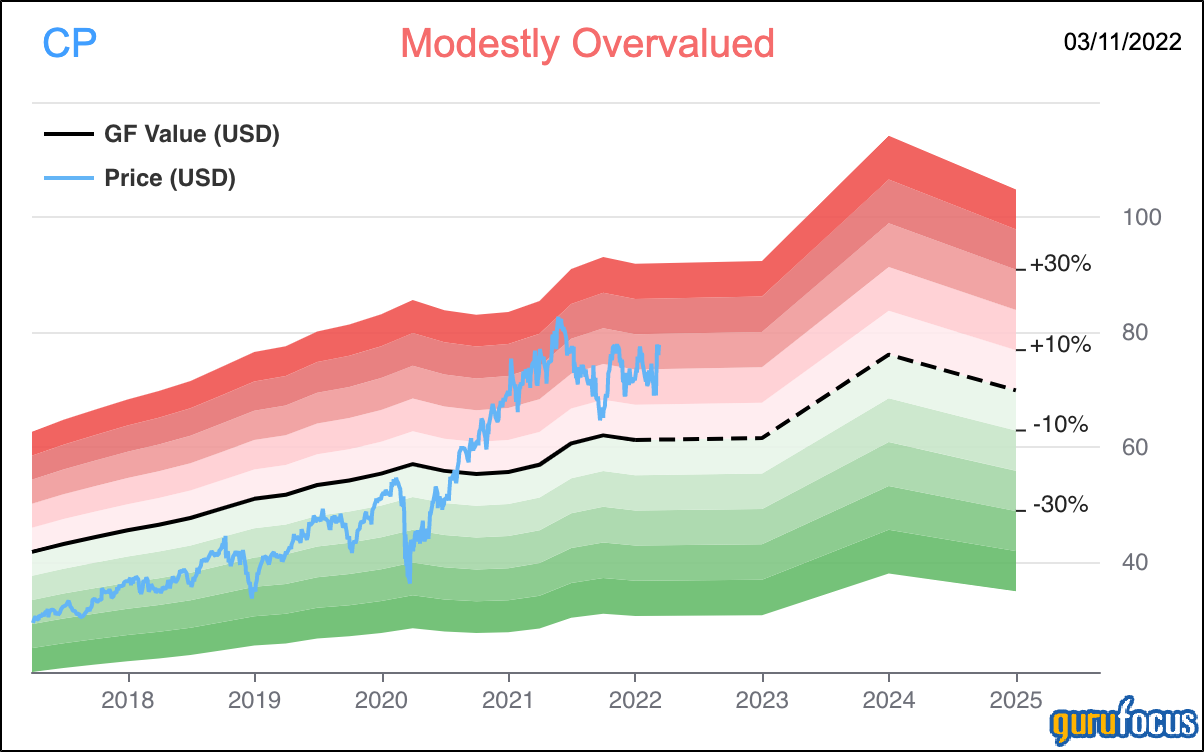