With Russian sanctions heating up, commodities inflation is hitting a variety of Russian exports, including wheat (up 68% over the past year) and metals such as Nickel, which skyrocketed past $100,000 per ton for a brief period in what analysts called a “metal short squeeze."

Russia makes up 10% of the global steel trade, while Ukraine makes up 4%. Prices for iron ore cargoes with a 63.5% iron content for delivery into Tianjin recently rose above $150 per ton. Although iron ore is only up 6% over the month, this could be the start of a larger price increase. Demand from China is still strong, and the U.S. infrastructure bill should also increase demand for construction materials such as steel substantially.

Thus, in this article, I will be going over my top three favorite steel stocks to benefit from an expected increase in steel prices.

RIO, Financial) is an Anglo-Australian mining giant. The company recently posted its highest annual profit and full-year dividend payments totaling $16.8 billion. This was boosted by higher iron ore prices, driven by strong demand from China. With the tensions in Russia heating up, iron ore prices are expected to rise high, further boosting the company's profits. 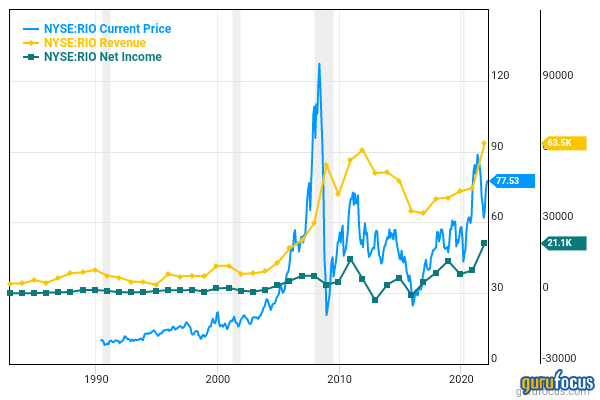 According to the GF Value chart, the stock is modestly undervalued. 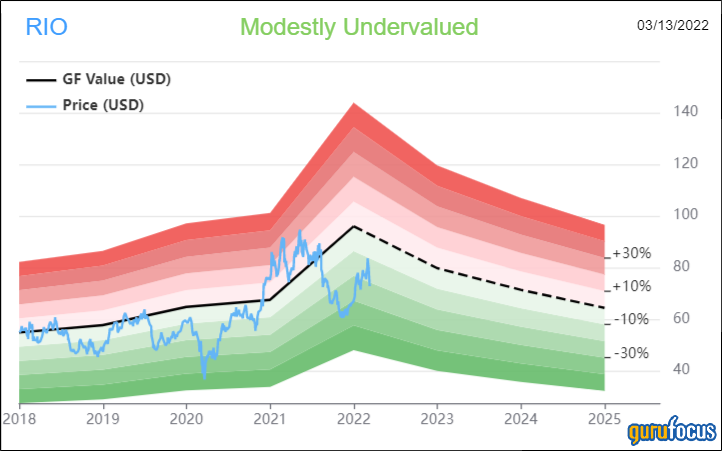 The major risk for the firm is a series of corporate governance scandals, with accusations of a toxic work environment. This may keep the stock out of favor for now among ESG funds.

VALE, Financial) is a mammoth Brazilian mining firm which is the largest producer of nickel and iron ore in the world. Thus, the company is poised to benefit from the Russia sanctions on two fronts, with both the nickel and iron markets having a supply constraint. The refusal and possible ban of Russian metals exports should cause more institutional capital to flow to regions such as Latin America. 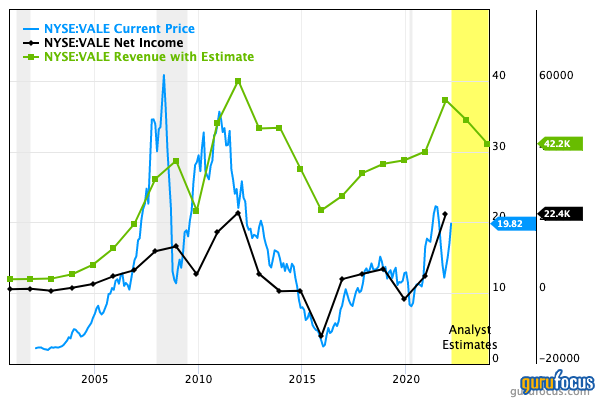 Vale offers over a 14% dividend yield, which is incredible given the momentum in the industry. The revenue has surged 77.22% year over year, while the current gross profit margin is 61.16% and cash from operations was $29.57 billion. The company has also been buying back shares, which shows confidence moving forward.

The company is set to become the go-to supplier for steel sourcing in the U.S. They are planning to build a $3 billion advanced steelmaking factory in Arkansas, which is expected to be complete by 2024. The firm will create this in partnership with Big River Steel, to offer a 6.3 million ton steel production facility. My guess is the U.S. infrastructure bill should act as a huge tailwind, keeping demand high for U.S. steel. 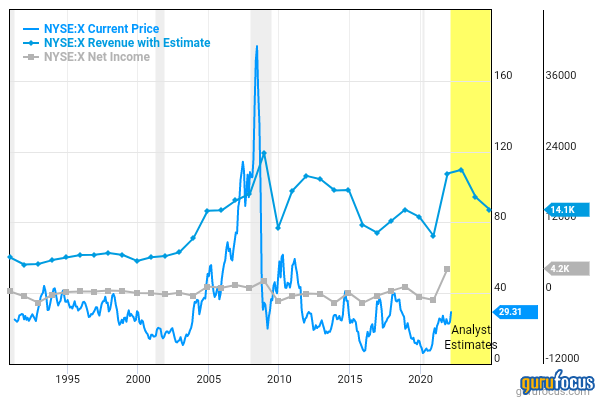 For the fourth quarter of 2021, adjusted Ebitda rose to $1.7 billion compared with just under $100 million in the prior year. The company has also reduced its debt and announced $650 million worth of share buybacks.

The only negative is revenue is predicted to decline in 2022, but the company is generating strong free cash flow at an attractive valuation. Assuming $4 billion of free cash flow for 2022, the stock is priced at just twice free cash flow, which is fairly cheap.

Inflation is the key force governing investments in this current climate. Growth stocks are having their valuations crushed, while commodities are booming, especially those with direct relationships with Russia and the Ukraine such as wheat, nickel, oil and steel.Although, steel is predominantly an abundant resource, the majority of construction materials are expected to continue to rise in price, at least in the short term. Demand from China remains strong, and the U.S. infrastructure bill entices further demand for steel and other construction materials.