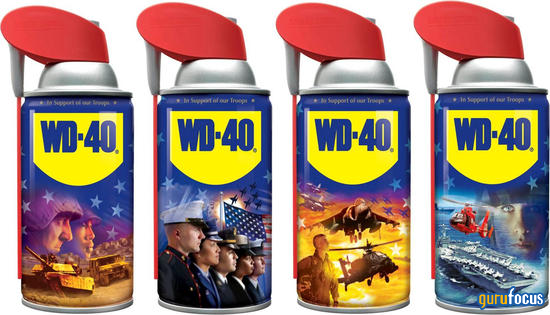 WDFC, Financial) reported rising revenue and net income for its second quarter of fiscal 2022, even as executives lowered their full-year fiscal 2022 guidance. Investors didn't seem daunted by the lowering of expectations, as they bid the stock price up more than 11% to trade around $193.96 near midday on Friday. 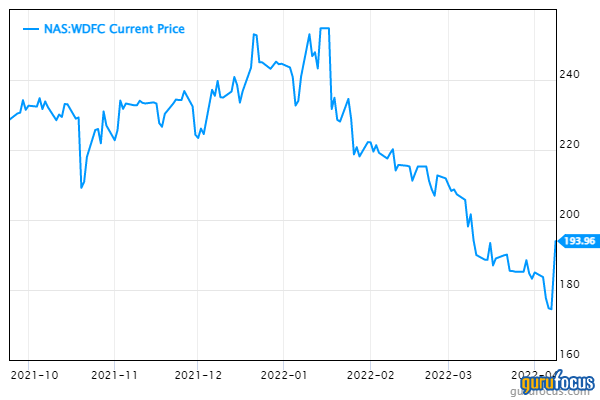 On Thursday, the household products manufacturer behind the iconic WD-40 brand reported financial results for its second quarter of fiscal 2022, which ended Feb. 28. While the results were considered good, the management lowered its fiscal 2022 net income estimate by 2% to between $70.7 million and $72.5 million.

CEO Garry Ridge said in a statement that the downward revision was the result of the "challenging inflationary environment we are currently operating in." At the same time, WD-40 has maintained its revenue guidance, and foresees top-line and bottom-line growth in fiscal 2022.

"The resilience of the WD-40 Brand has enabled us to be off to a solid start in fiscal year 2022 with maintenance product sales up 14% year-to-date," said Ridge. Various policies have resulted in “significant” improvements to the company’s supply chain in the United States. Those enhancements have enabled the company to increase the production capacity of its highest volume products “and return to solid growth in our largest market, the United States, which experienced a 26% increase in maintenance product sales in the second quarter."

Ridge conceded that, like other companies, inflation has continued to deteriorate gross margin. The company's growth plan calls for managing the business in order to restore gross margin at or above its target of 55% over the longer-term. That, Ridge said, will be accomplished by implementing price increases to offset higher input costs.