E-commerce is a rapidly growing industry, especially in emerging markets

Global e-commerce, already on a high-growth path, saw sales growth accelerate faster than expected in 2020 due to the pandemic, jumping by 25.7% according to data from eMarketer. As of 2022, around 21% of all retail sales are completed online, and this is expected to increase to 24.5% by 2025. 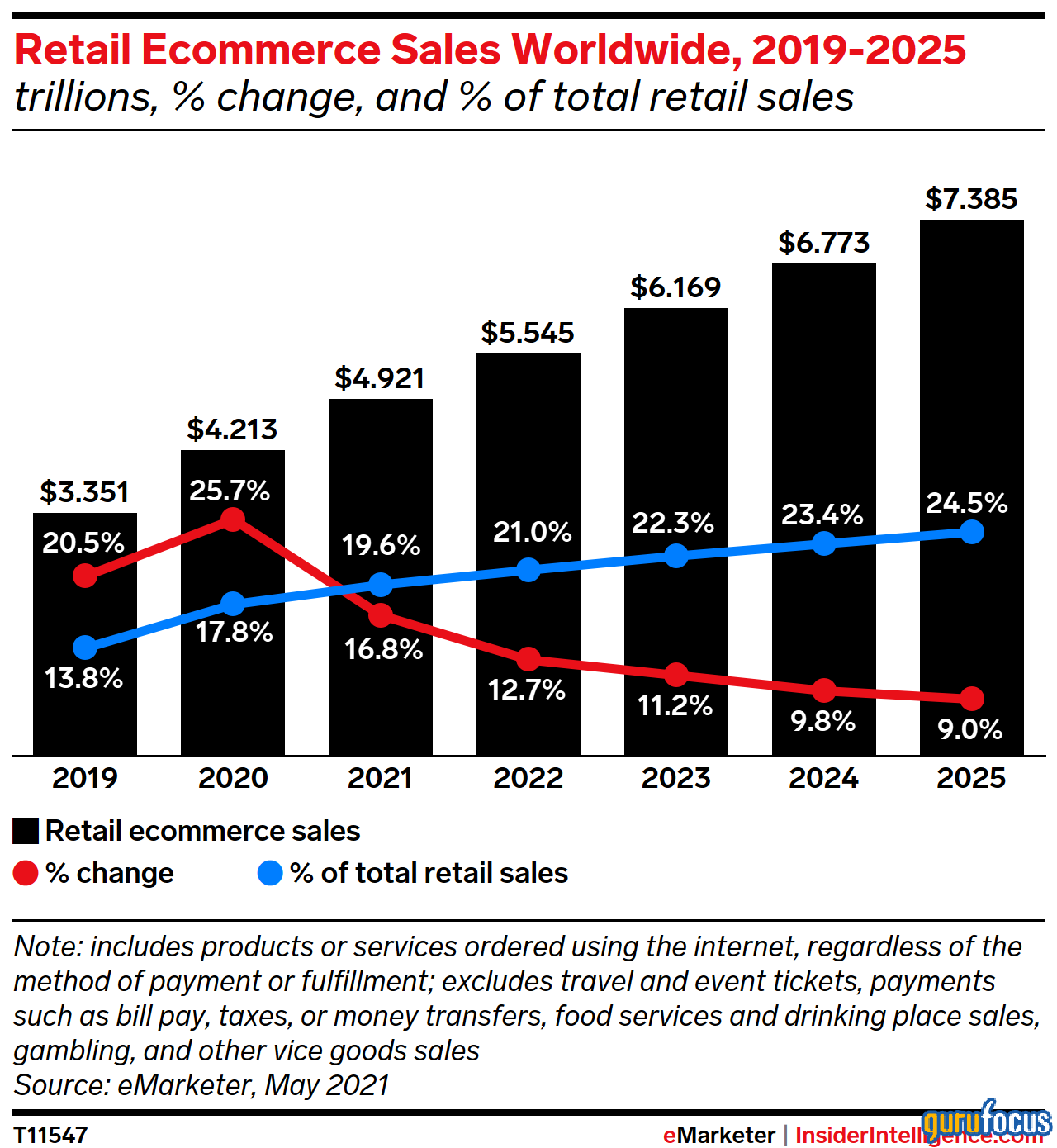 China makes up 52% of this global e-ccommerce market share, making it a compelling opportunity for investing in this industry. Meanwhile, emerging markets such as Latin America are also seeing huge growth. Here are my top three e-commerce stocks which I believe are poised to benefit the most from these tailwinds.

BABA, Financial), is the leading Chinese e-commerce and cloud computing giant which has been dubbed the “Amazon (AMZN, Financial) of China.” The firm has had a series of regulatory headwinds which caused the stock price to decline substantially. However, recently the share price has started to bounce back, up 25% after China's state media released a positive statement regarding the tech crackdown. 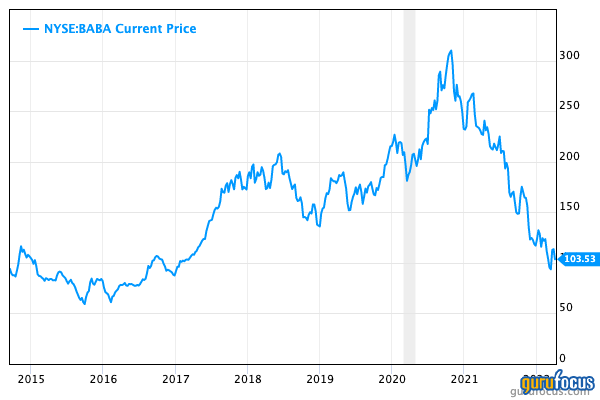 Alibaba has been growing revenues at a meteoric 42% compound annual growth rate (CAGR) over the past three years. In the fourth quarter of 2021, revenue was $38 billion, an increase of 10% year over year, which was driven by: 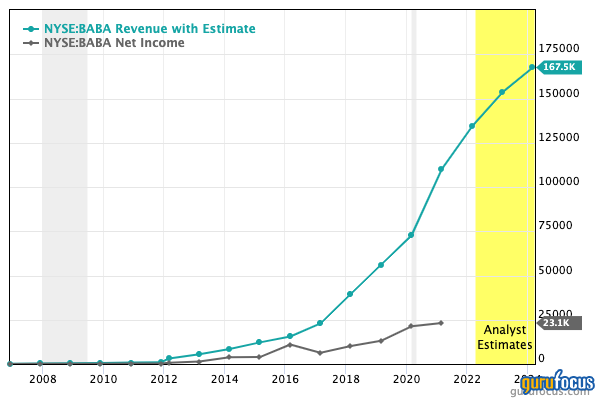 Alibaba’s operating income did take a major hit in the fourth quarter with a reported decrease of 86%. This is mostly from temporary issues such as a $3.9 billion impairment of goodwill related to the digital media and entertainment segment and increasing investments.

According the GF Value line, a unique intrinsic value estimate from GuruFocus, the stock is significantly undervalued. 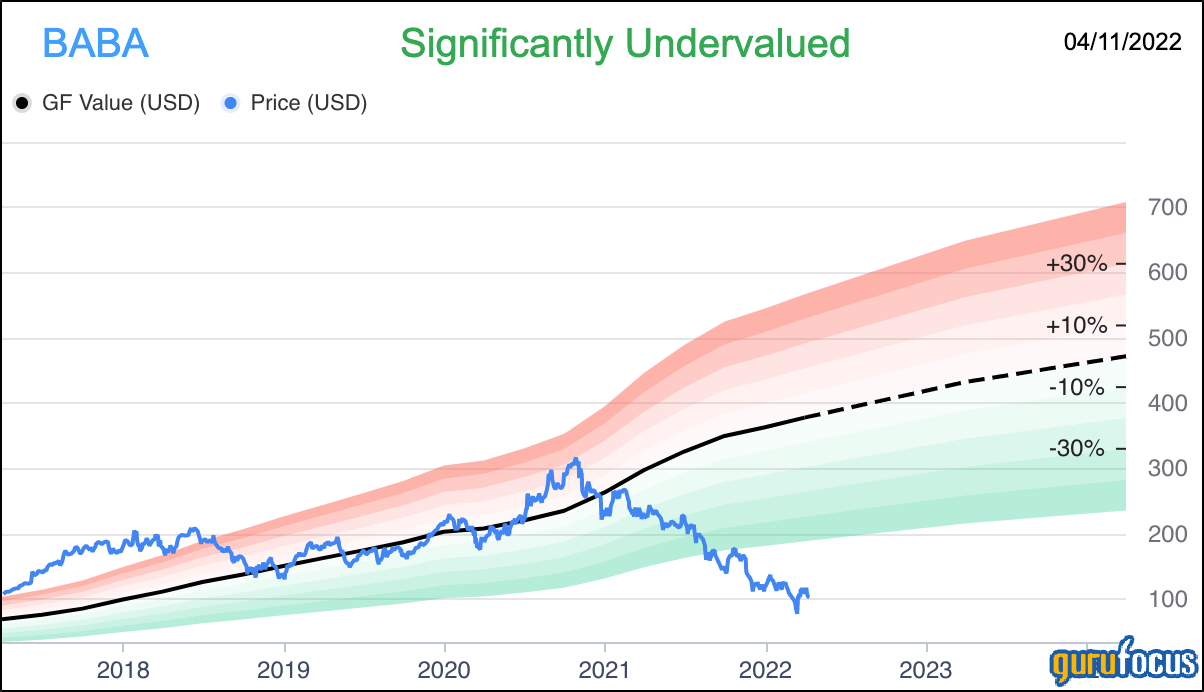 MELI, Financial) has been dubbed the "Amazon of Latin America." The company is the market leader in three main Latin American markets: Brazil, where they have 27% market share; Argentina, with a 68% market share; and Mexico, with 13.6%. E-commerce penetration is still low in South America at just 4.9% compared to 13% in the U.S. This means companies in this sector have plenty of growth runway ahead. MercadoLibre grew revenues by a gigantic 77% in 2021 to $7 billion, while profits soared up 244% to $441 million. 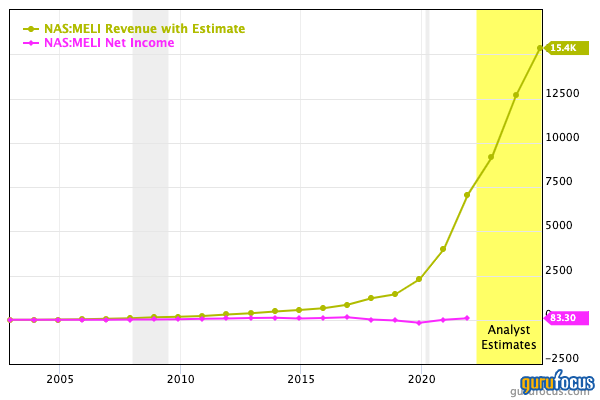 The GF Value line gives the stock a rating of significantly undervalued: 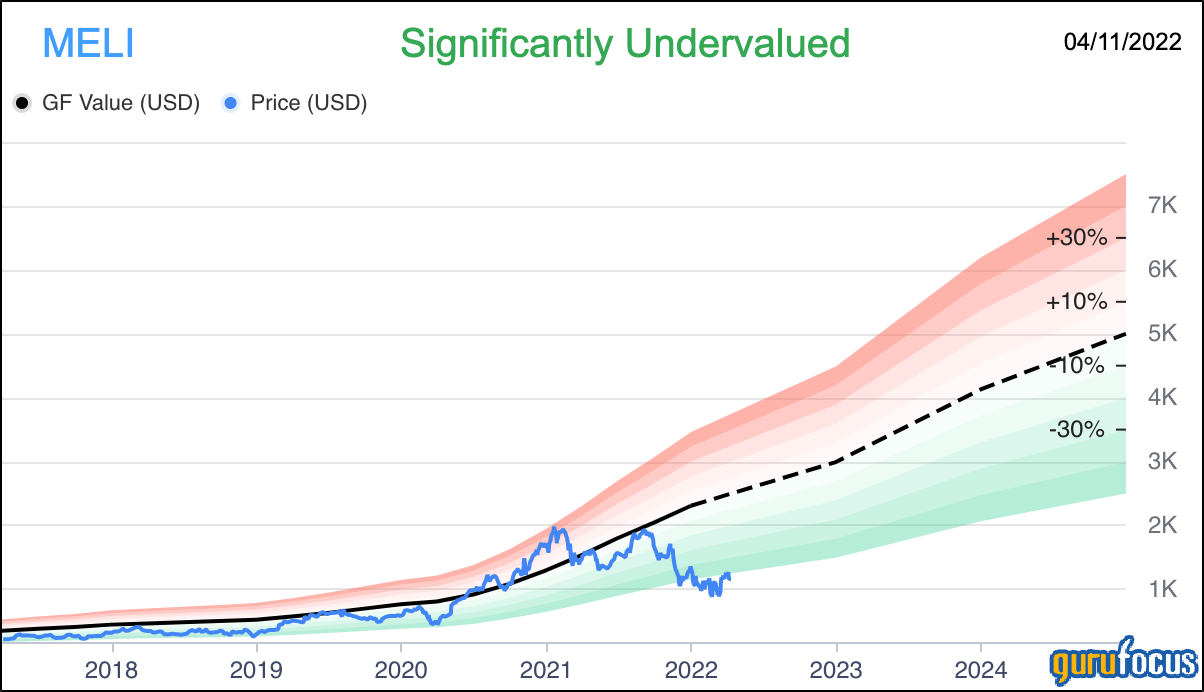 SE, Financial) has been called a “three-headed monster" by analysts, as it has three powerful core businesses: Garena (gaming), Shopee( e-commerce) and Seamoney (fintech). Sea's stock sold off hugely and has now cratered down 67% from its highs in November 2021. 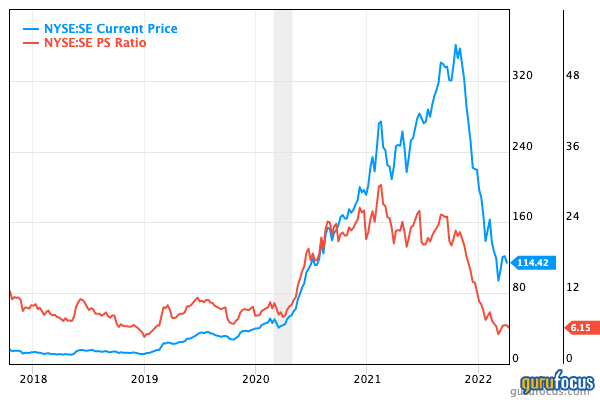 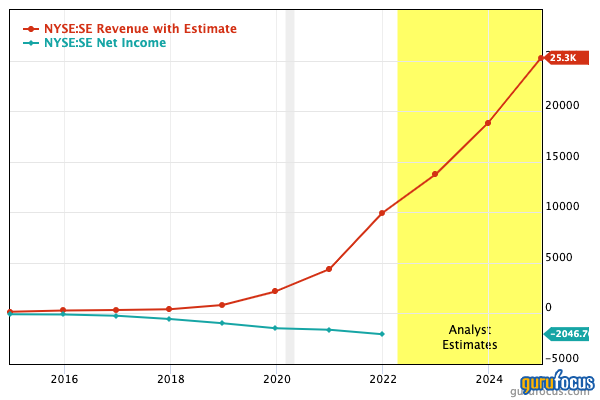 According the the GF Value line, the stock is significantly undervalued: 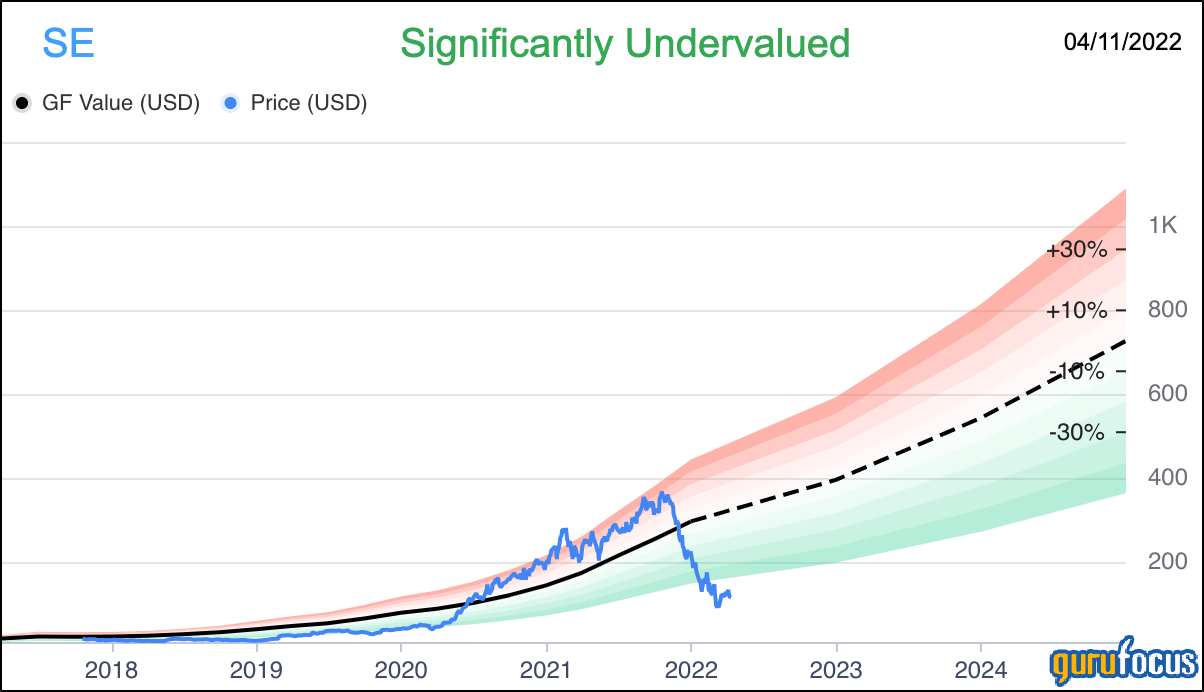 E-commerce is a rapidly growing market with a large total addressable market available. Emerging markets such as Southeast Asia and Latin America have relatively low e-commerce penetration compared to the U.S. and Europe, and thus these offer the most growth runway ahead. I also like Alibaba because of the potential to benefit from mispricing due to regulatory headwinds. I believe all three of these stocks could be great plays for the long term.