These companies have solid records of growth and positive outlooks 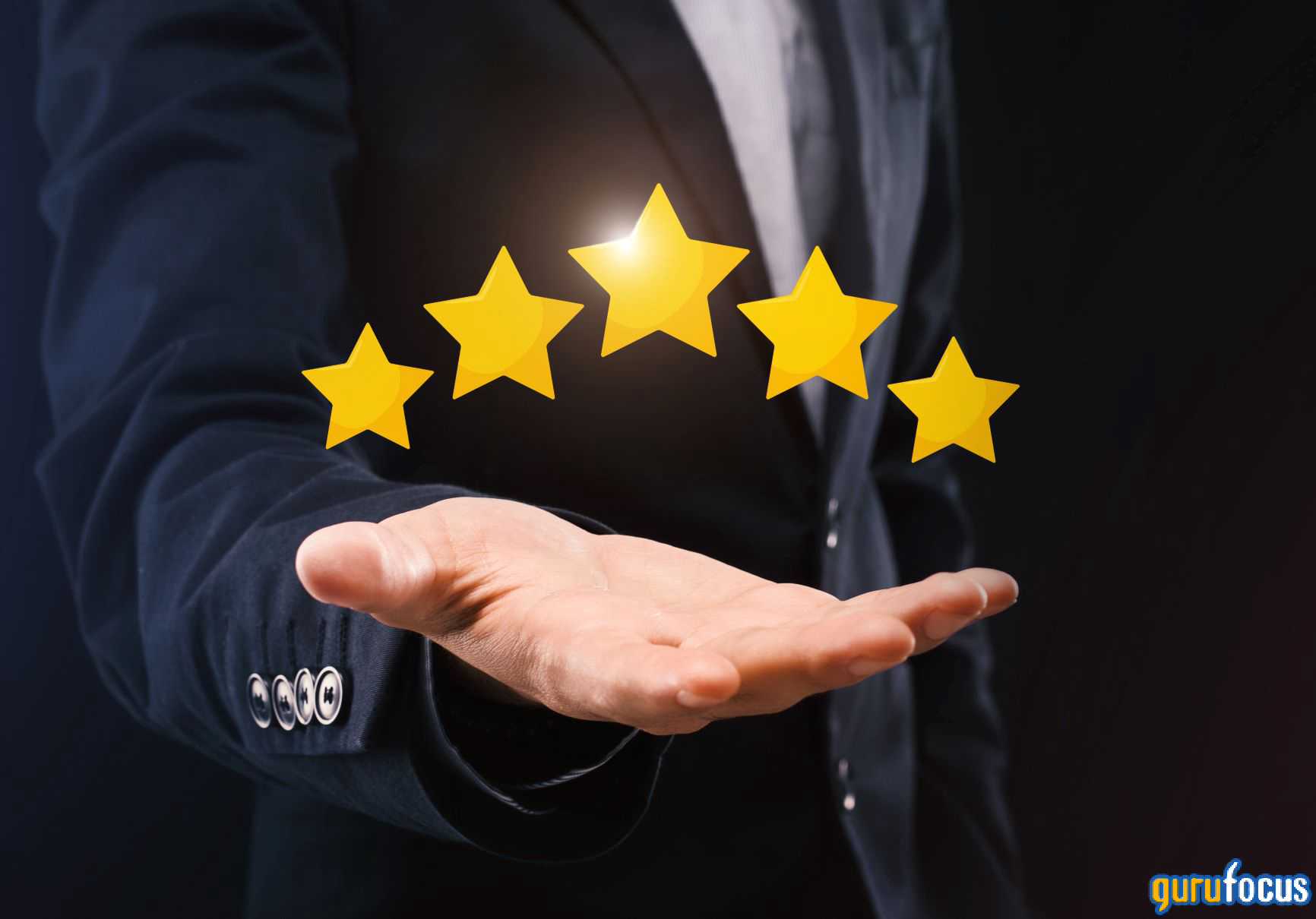 One strategy that investors can use to search for potential value opportunities is to screen the market for stocks with a history of solid profitability and shareholder returns that are trading near their 52-week lows. While past results are not a guarantee of future performance, companies with a proven track record can often provide more stability than those that have yet to turn a profit.

Thus, I used the GuruFocus All-in-One Screener, a Premium feature, to screen for stocks that have a GuruFocus business predictability rating of at least 4 out of 5 stars and trade within 5% of their 52-week lows.

The business predictability rating is calculated based on the consistency of revenue per share and Ebitda (earning before interest, tax, depreciation and amortization) per share over the past 10 fiscal years. On average, a GuruFocus backtesting study found that stocks with a higher business predictability rating were more likely to display steady profitability and shareholder returns.

Here are five of the names on the screen that stood out to me as having attractive long-term business potential.

OTEX, Financial), a Canadian enterprise information management software company, closed at $41.60 per share on April 14 for a market cap of $11.32 billion, which is 2.50% above its 52-week low and 24.71% below its 52-week high. The company has a business predictability rating of 4 out of 5 stars. 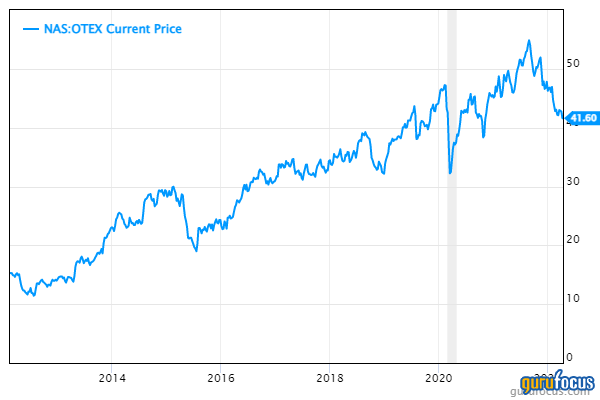 Open Text has a GF Score of 92 out of 100, driven by high ranks for growth, profitability and GF Value despite low ranks for financial strength and momentum. 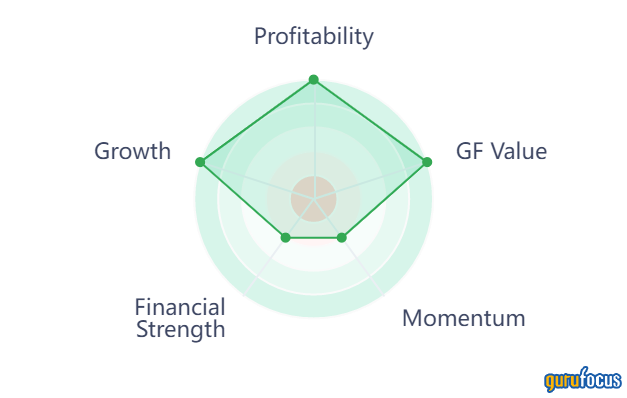 The stock has been on a downtrend since August 2021 due to a couple quarters of earnings per share missing Wall Street’s estimates. Investors may also be discounting the Zix acquisition, which the company completed in the second quarter of fiscal 2022 in order to improve its cybersecurity offerings. 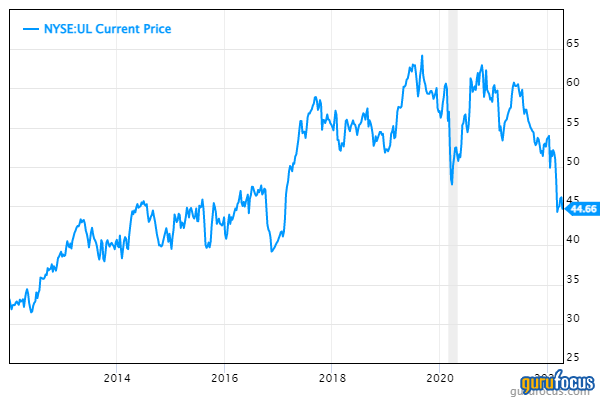 Unilever’s GF Score is 80 out of 100. The profitability, growth and GF Value ranks are near the top, but financial strength is average and momentum receives the lowest possible rank. 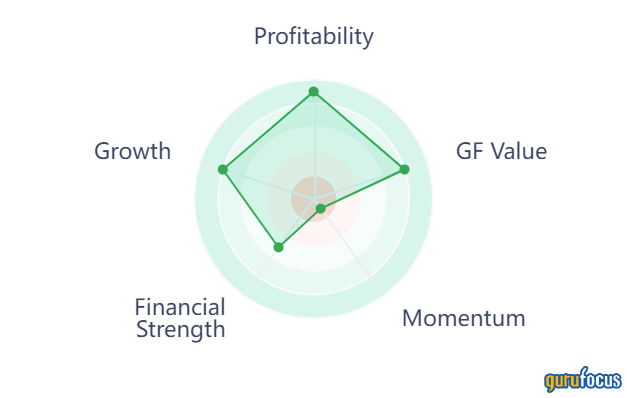 Unilever’s products include packaged foods, home care, health and beauty products. As a consumer goods company, it is at high risk of high inflation hurting growth, which adds to the company’s recent woes of declining profits and a failed takeover bid for the consumer health care joint venture run by GlaxoSmithKline (

Under pressure from activist investors, Unilever is taking steps to improve the situation for shareholders, cutting 1,500 management jobs to reduce structural costs. The situation is unlikely to improve in the short term, but in the long term, one of Unilever’s current weaknesses – high exposure to emerging markets – could turn into an advantage. 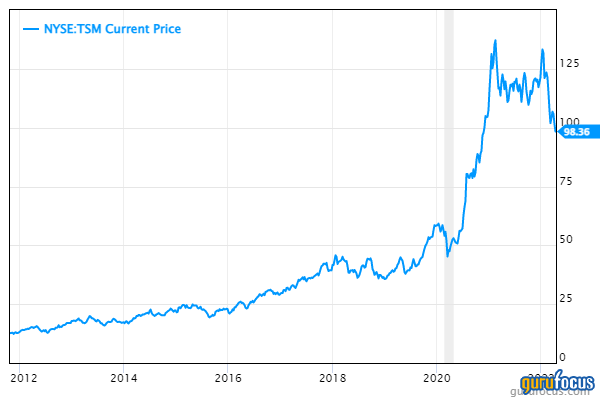 Taiwan Semiconductor has a GF Score of 98 out of 100, receiving top ranks for profitability, growth and GF Value as well as high ranks for financial strength and momentum. 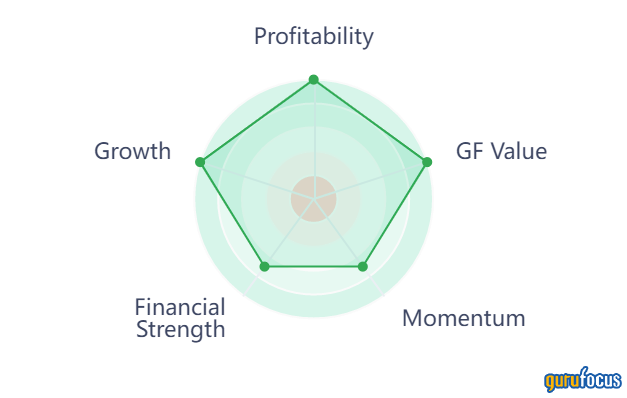 Taiwan Semiconductor derives most of its profits from smartphone components and memory, though its internet of things products have seen increasing sales in recent years. It operates exclusively as a chip foundry, meaning it produces chips for other companies. This focus has allowed it to gain a unique scale advantage, and it now accounts for 54% of the global semiconductor production market.

The stock has been suffering from the combination of a general tech selloff and the risk of its American depository receipts being delisted thanks to U.S. legislation. Nevertheless, the demand growth for semiconductors is expected to remain strong, and regulators are reportedly making progress on steps to prevent the delisting of Chinese stocks in the U.S. 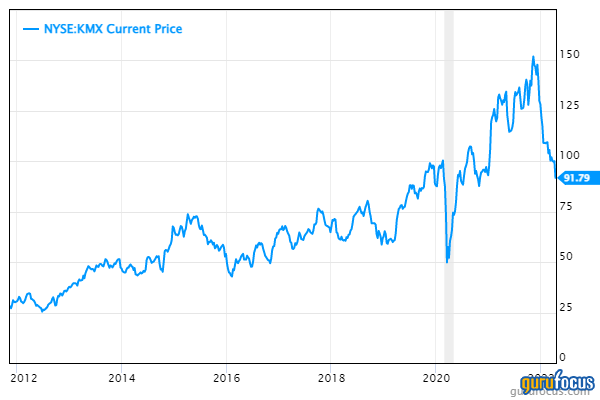 The GF Score for CarMax is 85 out of 100. Growth and profitability receive high ranks, while GF Value, financial strength and momentum have middling ranks. 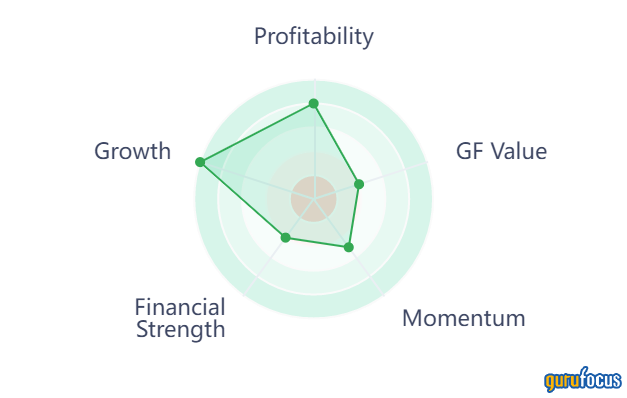 CarMax’s stock began a steep decline after posting its highest-ever quarterly revenue number for its third quarter of fiscal 2022, which ended Nov. 30, 2021. The reason for the decline was tied to the fact that the company sold more cars than it bought during the quarter; with new and used vehicle shortages weighing on inventory, sales will naturally decline.

This situation caused a wave of analyst downgrades, with auto sector analysts estimating the vehicle shortage could last until 2024. Even though the situation will likely turn around in the long term, there could be further downside risk in the upcoming quarters if revenue declines as expected. 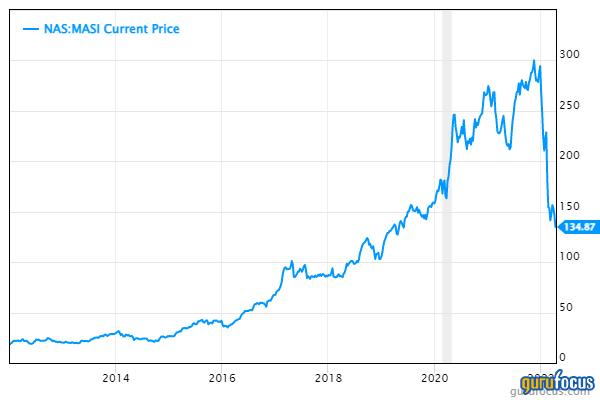 Masimo’s GF Score of 88 out of 100 is based on top ranks for profitability, growth and financial strength, dragged down by low ranks for GF Value and momentum. 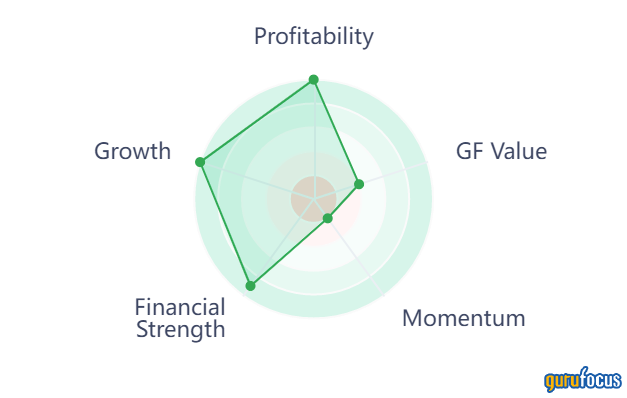 The company was founded on the theory that adaptive signal processing could solve known issues with the measurement of the oxygen saturation of arterial blood. This theory turned out to be correct, and Masimo’s pulse oximetry has been shown to outperform other pulse oximetry technologies.

Masimo has seen its stock price enter a steep decline in 2022 as investors boo its plan to acquire Sound United, a manufacturer of consumer audio products. On the surface level, this may indeed seem like a classic case of a counterproductive acquisition. However, Masimo CEO Joe Kiani has big plans to use the acquisition to accelerate the development of connectivity solutions, wearables and home-based telemedicine products.