The company has a long runway for growth

Founded in 1818 and based in Missouri, Bunge Limited (

BG, Financial) is an agribusiness and food company operating worldwide in more than 40 countries. The company operates under four business segments: Refined and Specialty Oils, Sugar and Bioenergy, Milling and Agribusiness.

The Agribusiness segment purchases, processes and sells agricultural commodities, including oilseeds such as soybeans, rapeseed, canola and sunflower seeds, as well as grains such as wheat and corn. The customers of this segment include animal feed manufacturers, livestock producers, wheat and corn millers and other oilseed processors. The Refined and Specialty Oil segment sells packaged and bulk oils and fats to food producers, restaurant chains and wholesalers. The Milling segment provides wheat flour and bakery mixes, while the Sugar and Bioenergy segment produces sugar and ethanol and generates electricity from burning sugarcane bagasse.

The rising soybean prices and general food price inflation are good news for the agribusiness giant, but investors need to keep an eye on cost inflation resulting from higher crop prices.

Inflation in the U.S. has reached its highest levels since the 1980s, which goes on to highlight that prices have increased across the board, including food prices. For instance, the price of soybeans has increased 24% since the start of the year and is at an all-time high. 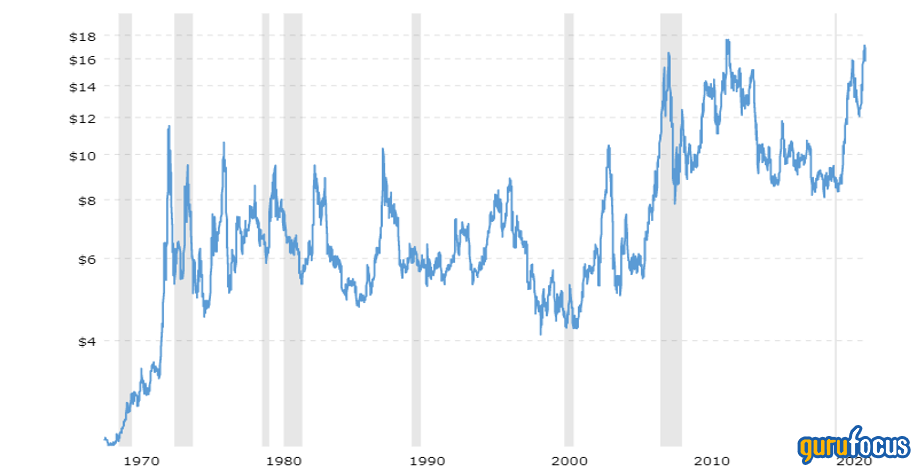 The Russian invasion of Ukraine has also affected the fertilizer supply, which is an essential component to the growth of the crops. Potash is produced in enormous amounts in both Russia and Belarus, and exports coming from both these countries have been sanctioned by NATO allies, making it difficult for farmers around the world to get the fertilizer they need. The two countries are also global leaders in the production of natural gas, which aids the production of urea. The prices of urea have skyrocketed in recent months due to geopolitical tensions, adding to food inflation. In addition to this geopolitical uncertainty, the droughts in South America have also contributed to rising food inflation. 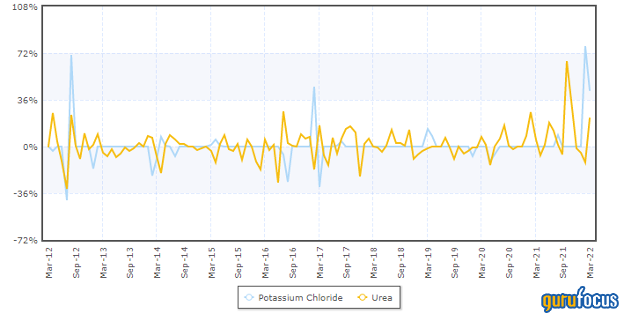 In terms of staple crops, Russia is a top exporter of wheat while Ukraine stood to occupy the fifth position in the same list in 2020, and the war will therefore add pressure on wheat prices as well. 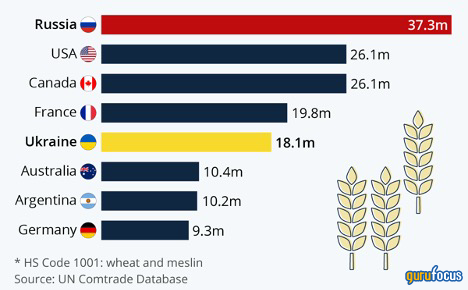 While the supply side picture remains bleak for these reasons, the global demand for food remains strong. For example, China is investing in increasing their hog population to combat the swine flu, and to facilitate this growth, the country needs more feed. China bought 10.73 million tons of U.S. soybeans in the second half of 2021, though Brazil is still a competitor for U.S. soy meal exports. The rising global population will also consume more grains, oils and well-fed livestock, which makes it easy to see why food products will remain in high demand in the next decade.

In the midst of this treacherous but potentially profitable market situation, Bunge is looking into ways to drive earnings growth.

Renewable energy, including renewable diesel, is one segment that is gradually gaining traction as a solution to the growing scarcity of non-renewable energy. Although Bunge is new to this market, the company is focused on expanding its renewable energy product portfolio to establish itself as a one-stop-shop that caters to every aspect of the food business.

The company’s Agribusiness volumes decreased 0.73% last year but net sales increased more than 45%. The same applies to the Refined and Specialty Oil business, where net sales increased by 39% although volumes declined by 3.4%. This is an indication that the company has been benefitting from the rising prices because of its pricing power as demand increases faster than supply.

The current management team, which took over in 2019, has brought in structural changes in the last few years to increase the market share of Bunge globally and improve its earnings power. These structural changes were aimed at boosting revenue, bringing debt down and improving the liquidity of the business. The company introduced a global operating model to replace the regional business model, and this decision has already helped the company make important business decisions efficiently while opening up new opportunities for the company to focus on the overall business health instead of looking at granular metrics at the regional level.

Bunge is valued at a forward price-earnings ratio of just 10.11 in the market in comparison to its five-year historical average price-earnings ratio of 32.95. Considering the bright prospects for the Agribusiness industry resulting from supply-side challenges and structural developments, I believe it would be reasonable to conclude that Bunge is attractively priced today.

Food prices are increasing across the globe with supply-side constraints and higher demand. The wheat and grain industry will certainly face several structural changes following the sanctions imposed on the world’s largest wheat exporter, Russia, which will bring about an opportunity for North America’s private producers to expand production. Bunge is a market leader in the industry that could tap into this massive growth opportunity, and the company is cheaply valued in the market, presenting value investors with an opportunity.