The fund manager made some small portfolio changes in the quarter 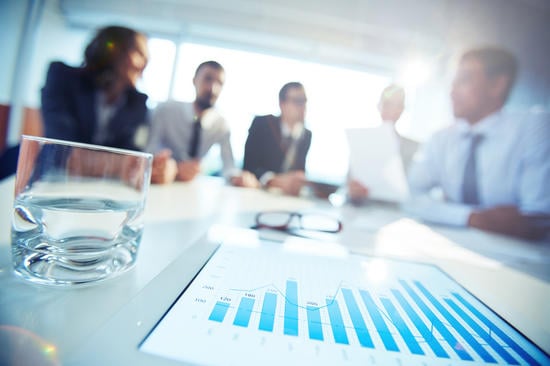 Chris Hohn’s TCI Fund Management is one of my favorite hedge funds. The reason why I like this firm and its founder more than any other is quite simple. It uses a relatively straightforward investment strategy that leans on the principles developed by

That is to say, the fund manager likes to find high-quality companies trading at attractive valuations and buy substantial positions for his portfolio. Unlike many other hedge fund managers, he does not trade in and out of positions regularly, instead preferring to hold onto these high-quality businesses for years.

This strategy has yielded tremendous results. Since its inception, TCI has produced a compound annual return of more than 20%.

As a reminder, every hedge fund with more than $100 million of assets under management has to file 13F reports with the SEC every quarter. While the reports give us some insight into where these asset managers are investing in the current market, they only detail U.S. equity positions as of the quarter's end. They exclude international equity holdings, credit investments and cash holdings, and we have no insight into portfolio changes made after the quarter ended. Despite their drawbacks, these reports can be a great starting point for further research.

Looking through the firm's latest 13F filing, we can see its strategy in action. According to the latest 13F for TCI, the firm was relatively active in the first three months of 2022.

It reduced its long-standing holding in the non-voting shares of Google’s parent company, Alphabet (

GOOG, Financial), by nearly 20%, although the position remains the largest holding in the portfolio with an 18% weighting. The firm first invested in the stock in the third quarter of 2017, when it was trading at a price of around $960. TCI continued to increase its position over the following years, accumulating five million shares at an average price of $1,000. During the first quarter, the hedge fund was selling Alphabet shares at an average price of around $2,800 per share (average share price for the quarter), locking in a substantial return.

Interestingly, while the fund manager was selling one technology giant, he was also buying another. TCI increased its position in Microsoft (

MSFT, Financial) by 3.5%, making it the second-largest position in the portfolio with a 14.5% portfolio weighting. This is another stock that has been in the portfolio for a while. The firm first acquired a position in the fourth quarter of 2017, eventually building a holding of 22 million shares. The average price paid was around $100 per share. Even after recent declines, this indicates that the hedge fund is sitting on substantial profits.

CHTR, Financial) by nearly 80% in the quarter. The fund has held a position in the telecommunications company since the second quarter of 2016. At one point, it owned just under 14 million shares, making it the largest position in the portfolio. However, in the fourth quarter of 2021, the hedge fund started reducing its holdings in this stock.

As the fund was selling Charter, it was also buying Moody's Corp. (

MCO, Financial) and S&P Global Inc. (SPGI, Financial). These positions have been in the portfolio since 2015 and 2017, respectively, and the firm has gradually increased its stake over the years. Both holdings are now top-10 positions in TCI’s portfolio. Hohn first started buying Moody’s in 2015 when the stock was trading at around $100 per share, and he boosted the holding by 1,000% in the years through 2019. Warren Buffett (Trades, Portfolio) also has a significant investment in Moody's. The company is a top 10 holding in Berkshire Hathaway’s (BRK.A, Financial) (BRK.B, Financial) equity portfolio. The conglomerate owns $8.3 billion worth of the stock.
Also check out: