Dropbox Is Set for a Turnaround

This Seth Klarman pick seems undervalued by my estimates

DBX, Financial) was founded in 2007, it was a real game-changer when it came to cloud-based file storage. Since then, though, the company's moat has been eroded away as many competitors entered the market, from Alphabet's (GOOG, Financial)(GOOGL, Financial) Google Drive to Microsoft's (MSFT, Financial) OneDrive, Apple's (AAPL, Financial) iCloud and much more. This slew of competitors has left Dropbox to be considered irrelevant by many.

The company's stock went public in 2018 at $30 per share, and since then the share price has slid down by 25%, with some volatility in between. However, Dropbox has continued to grow revenue and generate strong cash flow. Their acquisition of e-signature software HelloSign in 2019 is now paying dividends as product adoption is commonplace. 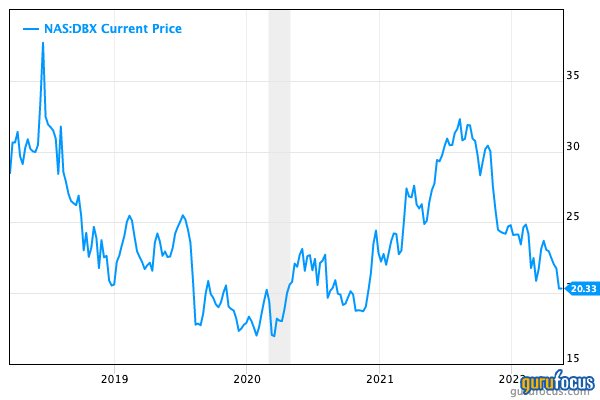 Given these factors, Dropbox seems set for a turnaround, in my view. I have value investor

Seth Klarman (Trades, Portfolio) to thank for putting this stock on my radar; when I was browsing 13F reports for the first quarter of 2022, I noticed that Klarman's firm was buying Dropbox shares in the first quarter, during which shares traded for an average price of $23 apiece.

Dropbox is most well known for their cloud-based file storage solution, which has over 700 million registered users. Their “Freemium” model, which offered free storage with paid upgrades, was innovative at the time and allowed them to spread to a vast number of users. However, as more companies entered the file storage market, this squeezed active users and the company had to diversify.

Today, they offer a suite of business/productivity applications which include Team Collaboration, Content Management, Secure Sharing, Content Backs and of course e-signatures. Operating with a “Land and Expand” model, they let their organic adoption “land” into companies before expanding further.

They have 17 million paying users and 80% of these use dropbox for work, which gives them a significant market opportunity.

Dropbox's most recently reported full-year financial results were for fiscal 2021. Revenue for the year came in at a healthy $2.16 billion, up 12.7% year over year, while average revenue per paying user increased to $133.73, up from $128.5 in the prior year, which is a great sign. 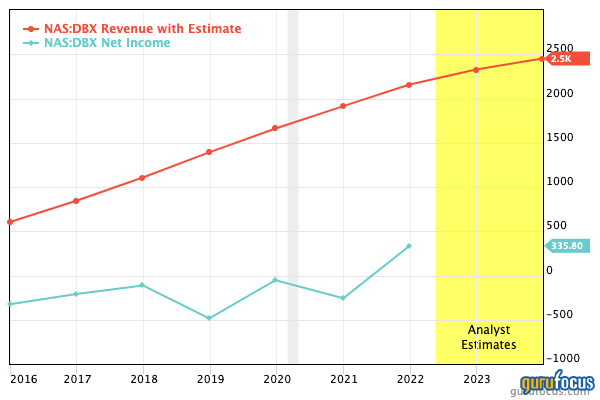 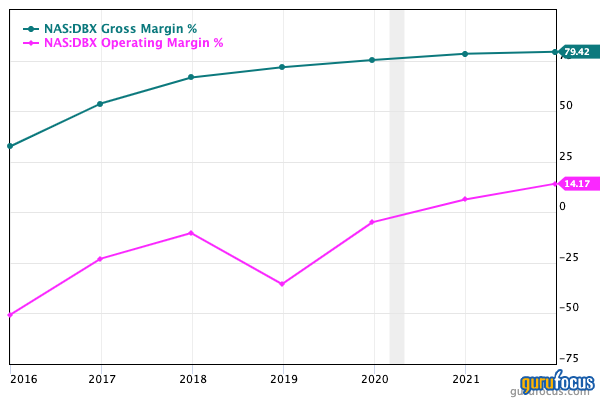 Dropbox has also announced share buybacks, authorizing the purchase of $1.2 billion worth of stock. This is a great sign and testament to management's faith in both the business model and valuation.

In terms of valuation, the company is trading at a low enterprise-value-to-Ebitda ratio of 17, which is cheaper than average for the past couple of years. 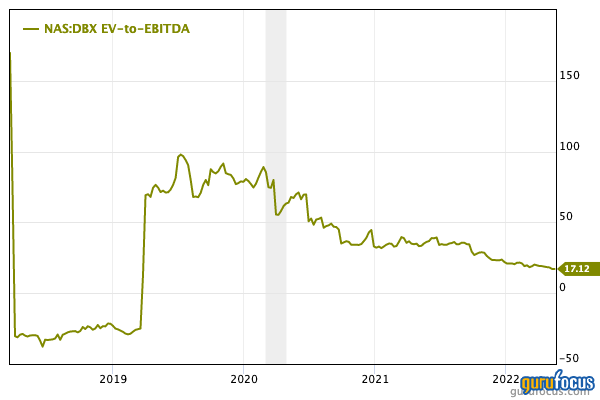 The GF Value line warns the stock is a "possible value trap" because, while it is undervalued, it could be in financial distress or show signs of long-term decline. 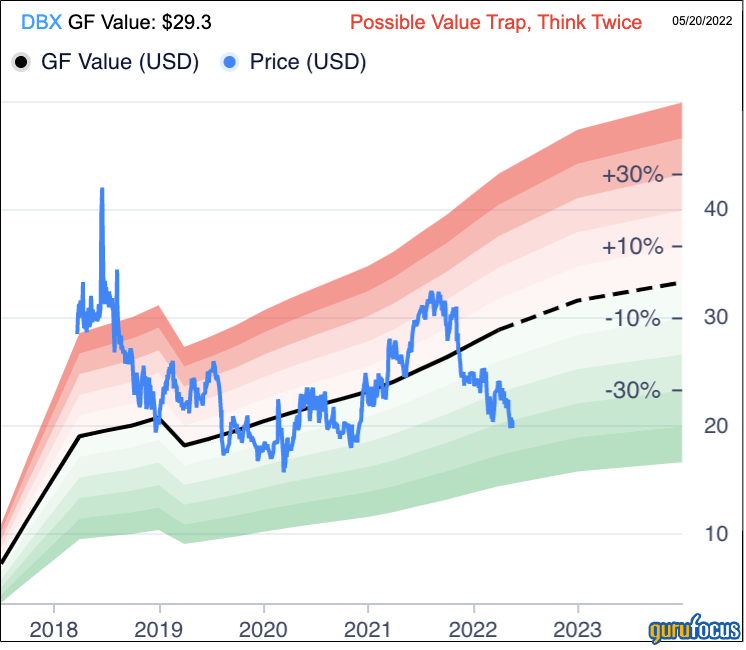 Dropbox is one of those surprising companies that you might think is irrelevant, but then see they still have 17 million paying users and an evolving business model that is focused on growth. The company’s financials are also improving, and the stock looks to be undervalued, so overall, I believe this could be a strong pick for the long-term.