Why Did Buffett Sell Verizon?

Berkshire dumped shares of the telecommunications company in the 1st quarter 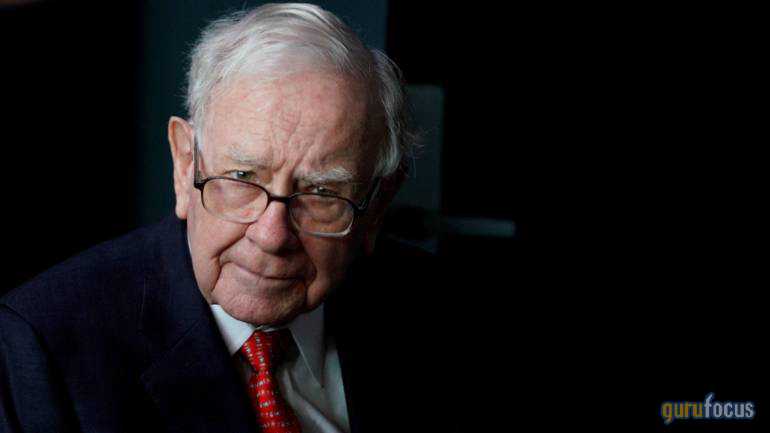 BRK.A, Financial) (BRK.B, Financial) filed its 13F report for the three months to the end of March at the beginning of this week. As usual, the report was full of interesting information and insights on where the Oracle of Omaha and his investment managers currently see opportunities in the market.

Before I proceed, I should point out that the 13F is a backward-looking report. It details only a snapshot of the firm's common stock equity portfolio as of the quarter's end. Moreover, it only includes common stocks and American depository receipts; it does not include foreign stocks, short positions, cash, etc. Thus, the information contained within it is not particularly useful for investors in and of itself. It should only be used as a starting point for further research. Berkshire may or may not even still own these stocks as of the writing of this article.

Additionally, just because a position appears on the report, it does not necessarily mean that Buffett himself made the decision to buy the stock. It could be the case that one of his portfolio managers, Todd Combs or Ted Weschler, bought the stock rather than the Oracle himself. Generally speaking, Buffett has said in the past that any position worth more than $1 billion is a Buffett position, while anything less is a portfolio manager position, though it's possible this rule of thumb has changed as Buffett has gotten older.

With all that being said, there is one trade that really stands out to me in Berkshire's recent 13F report: the sale of Verizon Communications (

VZ, Financial). Thus, I wanted to do a bit of speculation on this position.

In the third quarter of 2020, Berkshire started building a position in Verizon Communications. The conglomerate started off with a position of around 58 million shares before ramping up the holding to 158,000,000 shares in the first quarter of 2021. Following this buying, the stock became the seventh-largest position in Berkshire’s portfolio.

Buffett has not really commented on why he decided to build such a large holding in the telecommunications company. It was likely a Buffett position given the size. Perhaps the Oracle of Omaha initiated the position because he couldn’t find any better opportunities to deploy his capital at attractive rates of return.

Telecommunications and utility businesses are often viewed as bond proxies thanks to the stable cash flows and inflation-linked to revenues. They also tend to offer attractive dividend yields, which increase in line with inflation.

At the time of writing, Verizon offers a dividend yield of 5.3%. If one has $5 billion to invest and it’s a choice between investing in treasuries with a sub 1% yield (using figures from the end of 2021) or buying a stock like Verizon with a 5.3% yield, then Verizon looks like the better bet.

However, according to the conglomerate's latest 13F filing, Berkshire almost entirely sold out of its Verizon position in the first quarter of 2022. Considering the size of this position in the first place, it seems likely Buffett himself was behind the trade. This is unusual because Buffett normally professes against short-term trades.

The decision to sell seems to confirm my belief that the Oracle was buying this position as a substitute for bonds. He has been selling Verizon as he has been plowing billions of dollars into other opportunities, notably HP (HPQ), Occidental Petroleum (

Buffett has said in the past that there are only two reasons to sell a stock: because something better comes along or the situation has changed. It seems highly unlikely the investment case for Verizon changed between the fourth quarter of 2021 in the first quarter of 2020. That suggests he could believe there are now better opportunities in the market.

Personally, I see this as an obvious sign that the Oracle believes the investment environment has changed meaningfully over the past couple of months. He seems to be positioning for an inflationary environment by acquiring resource stocks and shifting out of bond proxies. As the price of goods and services continues to push higher, this trade makes a lot of sense.