A look at the firm's top 1st-quarter portfolio changes

Founded by Ackman in 2004, Pershing Square focuses on taking large stakes in a small number of well-researched companies that it deems to be fundamentally strong but underperforming in the short term. After obtaining a large enough position of influence as a major shareholder, preferably enough to get board representation, the hedge fund then aims to catalyze improvements in the target company’s strategy in order to further increase its expected profitability.

According to its latest 13F report, the firm’s top trade of the quarter was a new buy for Netflix Inc. (

NFLX, Financial), giving the video streaming giant a weight of 11.21% of the equity portfolio. During the quarter, shares traded for an average price of $417.64.

However, shortly after the quarter ended, Ackman abruptly reversed his stance on Netflix in response to the company’s disappointing first-quarter earnings. The sale won’t show up in regulatory filings until the second-quarter 13F is released; Pershing Square only acquired 0.70% of Netflix’s total shares outstanding, which is far below the 5% threshold to necessitate a Form 4 filing. 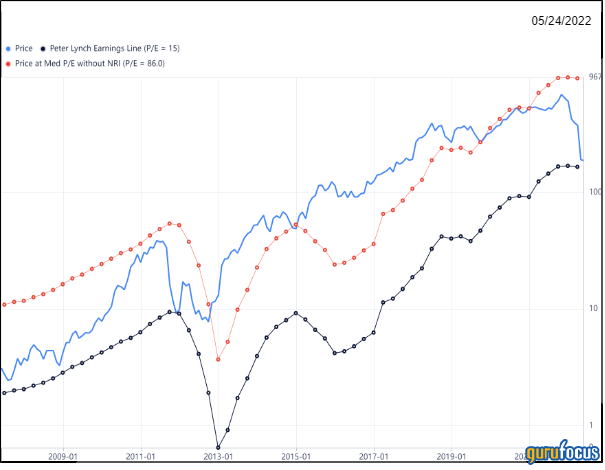 Pershing Square added another 130,512 shares to its Canadian Pacific Railway (

Canadian Pacific owns approximately 21,100 kilometers of railroad track across all provinces of Canada as well as parts of the northern U.S. In addition to providing key supply chain infrastructure, Canadian Pacific is also known for offering train tours.

Due to their critical roles in the supply chain and near-monopolies over their areas of operation, railroads have historically tended to be solid investments, even if their returns haven’t been anything to write home about. In general, they are also considered good inflation-proof investments, since they can rely on high profit margins and cash flows and thus benefit from the natural devaluation of their debt during periods of high inflation. 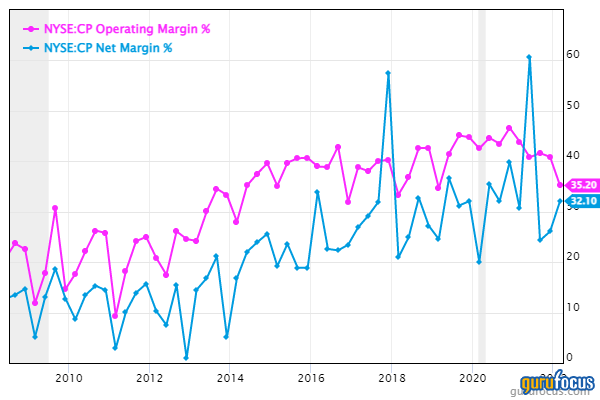 Hilton Worldwide Holdings is a global hospitality company based in McLean, Virginia. It manages and franchises a variety of hotels and resorts across the Americas, the Caribbean, Europe, the Middle East, Africa, Asia and Oceania.

A hospitality company is undeniably a risky bet going into a period of high inflation, rising interest rates and looming recession. Nevertheless, Hilton is widely diversified and owns strong brand names, which should help protect against downside risks. The GF Value chart rates the stock as significantly overvalued. 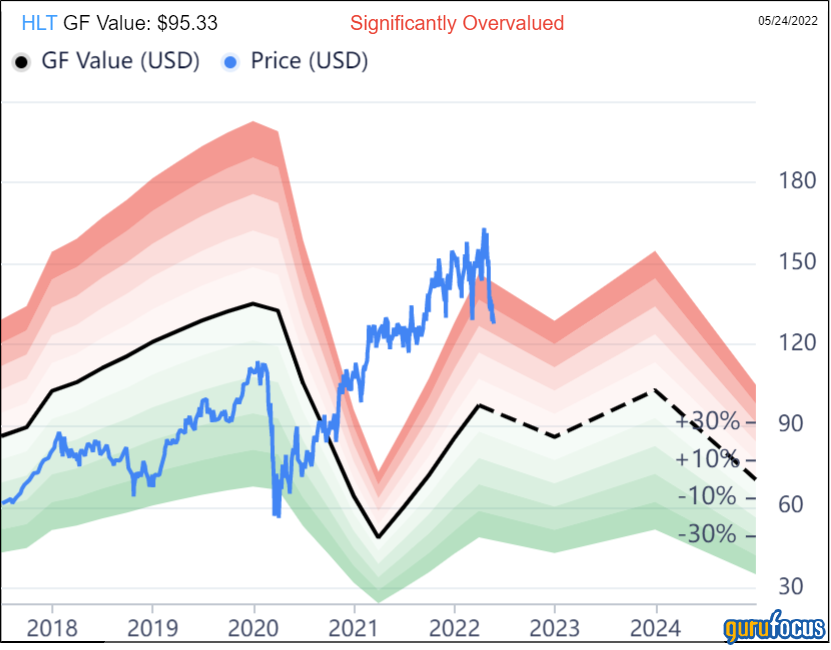 The firm also trimmed its investment in Domino's Pizza Inc. (

Ann Arbor, Michigan-based Domino's Pizza is a large-scale pizza chain. Even before the pandemic, more than half of Domino’s orders arrived on customers’ plates via delivery rather than dining in, so both the company and the stock were pandemic darlings.

The stock has now come off its all-time highs reached near the end of 2021. Given the stability of its earnings history, represented by a GuruFocus business predictability ranking of five out of five stars, Domino’s is likely to continue chugging along with business as usual in the long term. The return on invested capital consistently beats the weighted average cost of capital, indicating value creation. 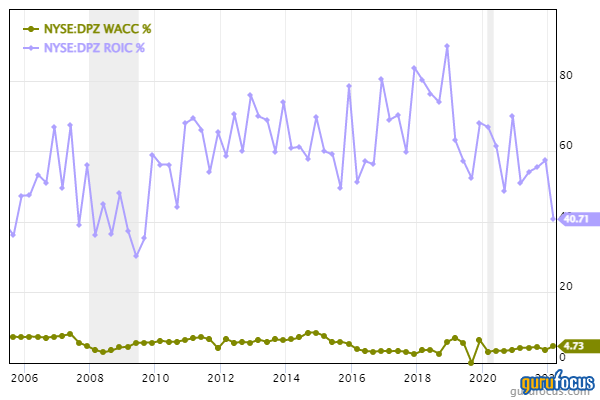 Lowe’s is a retail company that owns and operates a chain of over 2,300 home improvement and hardware stores. Most of the North Carolina-based company’s stores are in the U.S., though it has some in Canada as well. 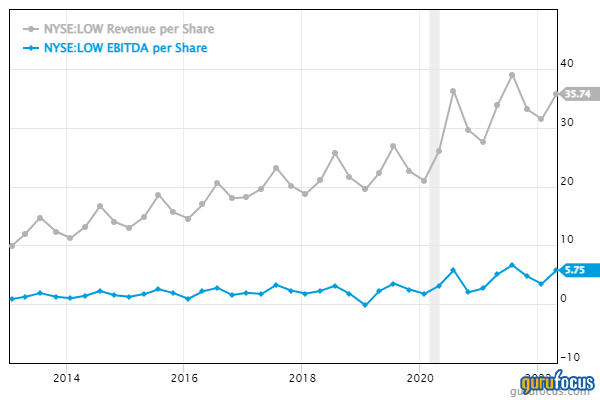 As of the quarter’s end, Pershing Square’s equity portfolio consisted of eight stocks valued at a total of $10.39 billion. The turnover for the period was 11%.

By sector, the firm had nearly two thirds of its portfolio invested in consumer cyclical stocks.