PepsiCo Has Good Pricing Power, but Is Overvalued 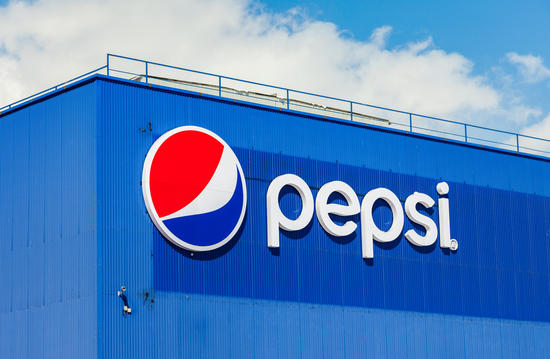 Even today, many people do not realize that over half of the revenue generated by PepsiCo Inc. (

PEP, Financial) is derived from snacks and food products. The potato chip business has been a driving force for the company since 1965, when it merged with Frito-Lay. The company is not immune to inflationary pressures, but has better pricing power that many companies to offset higher input cost.

WMT, Financial) and its affiliates such as Sam’s Club represented approximately 13% of consolidated net revenue.

For the first quarter of 2022, the company reported 13.7% organic revenue growth, which was mostly driven by price increases as food volumes rose 3% and beverage volumes were up 6%. Operating income increased 5.7%, which was less than sales due to the inflationary environment. Earnings per share increased 7% for the quarter. 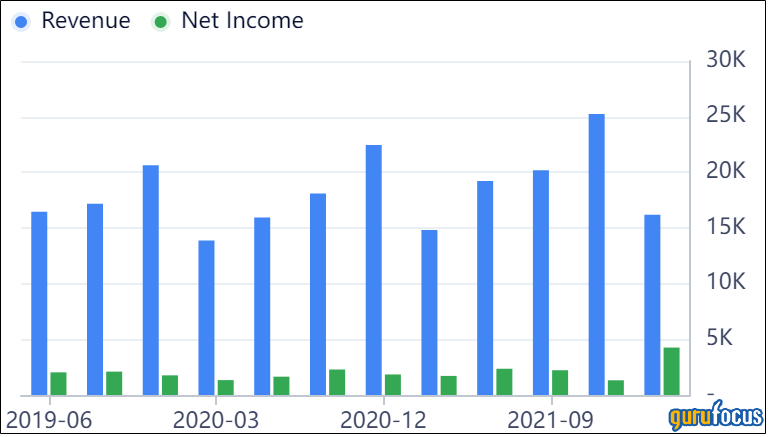 Free cash flow was negative at -$174 million and capital expenditures were $522 million. During the quarter, the company received $3.4 billion in proceeds from the sale of the Tropicana business to a French private equity firm. PepsiCo will retain a 39% interest in the new joint venture.

The company has over $40 billion in long-term debt and cash balances of $6.5 billion. Due to the company’s usual strong levels of free cash flow as well as high levels of intangible brand value, the company’s debt rating is firmly investment grade with A+ ratings.

PepsiCo gave guidance for 2022 of 8% organic revenue growth and total cash return to shareholders of $6.2 billion in dividends and $1.5 billion in share repurchases. Consensus earnings per share estimates for the current year are $6.66, which puts the stock stock trading at over 25 times earnings. Forward earnings per share estimates of $7.23 put the company trading at 23 times earnings. The company trades an enterprise value-Ebitda ratio of approximately 19 times based on 2022 Ebitda estimates.

Using the GuruFocus discounted cash flow calculator with next year's earnings estimates as the starting point and an 8% 10-year growth rate, the value comes out to approximately $134, which is 28% below today's price. The dividend yield is 2.70%, but that is based on a $4.60 annualized dividend payment, which works out to a high payout ratio of 69%.

Gurus who have purchased PepsiCo's stock recently include

PepsiCo appears to be overvalued at this time. The company does have some pricing power flexibility because it owns some of the top global brands in business history. In addition, there is somewhat of an addictive nature to its salty snack products.

However, that is not enough to create a margin of safety based on its excessive valuation levels. PepsiCo will likely retreat to more sensible multiples in the mid-high teens range over a near to mid-term time frame.