Spinoffs Roundup: These Companies Could Unlock Value in 2022

Spinoffs are known for being a mixed bag from the investor’s viewpoint. Some of them can unlock the true value of businesses by allowing them to focus on their niches rather than being hampered by underinvestment and undervaluation as part of a bulkier corporation. On the other hand, some spinoffs are made so that a parent company can shed dead weight, get rid of legal liabilities or satisfy regulatory requirements.

A spinoff is no guarantee of success or failure in and of itself, as a lot depends on why the spinoff was made and whether its collection of assets and operations works well together.

So far in 2022, there have been five major spinoffs from publicly traded companies in the U.S., according to the GuruFocus Spinoff List: Constellation Energy Corp. (

Let us take a look at why these companies were spun off from their parent companies, what their business operations consist of and how likely they are to unlock value for shareholders.

CEG, Financial) was spun off from its parent company, Exelon Corp. (EXC, Financial), on Feb. 2.

Exelon continues to operate its electric transmission and distribution utility business. With 10 million customers, it is the largest electric utility company in the U.S. 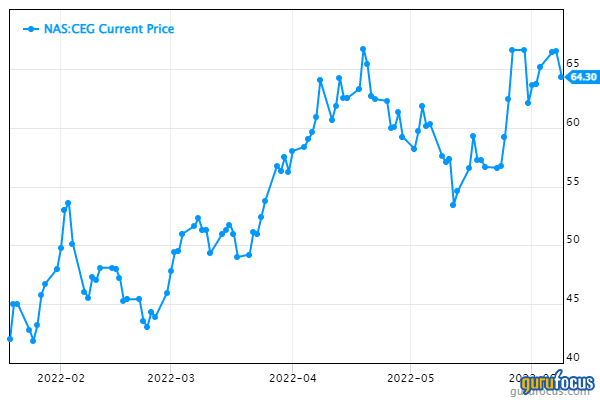 One interesting thing about this spinoff is that Exelon had acquired Constellation Energy back in May of 2020. Lower energy prices caused a wave of consolidation in the power generation industry, and this was a case resulting from that lower industry profitability. Thus, the two companies likely had a clean break since their was not much time for their operations to become entangled.

Unlike the majority of spinoffs, Exelon bid goodbye to Constellation Energy by reducing its debt, which is a promising sign that management expects both companies to do well. That is not surprising considering that energy prices are on the rise and the U.S. government is beginning to realize the importance of clean energy when it comes to the country’s energy independence.

Constellation Energy is the number one carbon-free energy provider in the U.S., supplying approximately 10% of the nation’s clean electricity. While the company still has some legacy fossil fuel operations, it plans to produce 95% of its electricity from carbon-free sources by 2030, increasing to 100% by 2040.

Zimmer Biomet, a medical devices giant with nearly a century of history, will retain most of its operations, including orthopedic products for knees, hips, shoulders, elbows and feet.

The ZimVie spinoff consists of the dental, spine and bone-healing businesses, which develop and manufacture products and solutions to treat a range of spine pathologies and support dental tooth replacement and restoration procedures. 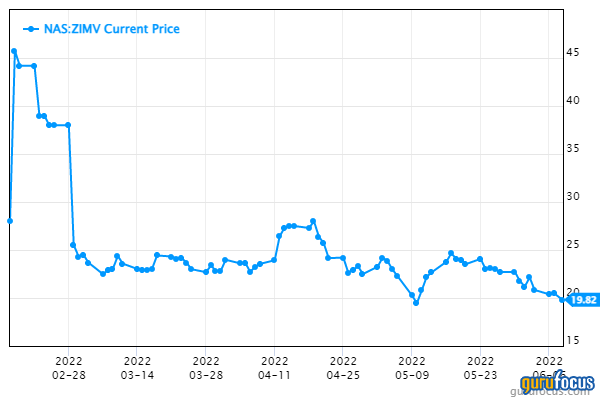 ZimVie is starting out with operating and net margins in the negatives, showing that its businesses are not yet profitable. While its parent company is on the expensive side with a price-earnings ratio of over 100, it is at least turning a profit, so one of the goals of the spinoff may have been to increase the overall profitability and margins of Zimmer Biomet’s business.

Another reason for spinning off ZimVie could be related to attracting higher valuation multiples. Perhaps Zimmer Biomet’s management believed it was suffering from a conglomerate discount thanks to the variety of its operations. This is highlighted by the framing of the spinoff as part of an “active portfolio management” strategy.

"The spinoff of ZimVie marks a major milestone in the active portfolio management of Zimmer Biomet as we continue to strengthen our position as a global leader in the medtech space," Bryan Hanson, Zimmer Biomet’s chairman, president and CEO, said. "We are confident that this transaction will create shareholder value for both companies and will allow us to increase our focus and enhance revenue growth for our core businesses."

Like nearly all of the Brookfield spinoffs, this one was a unit split, meaning there were no underlying changes to the businesses involved. Instead, the spinoff is simply an adjustment to the aggregate number of shares outstanding.

On June 8, shares of Brookfield Business Corp. traded around $28.54 for a market cap of $1.97 billion. Since the spinoff, shares are mostly flat. 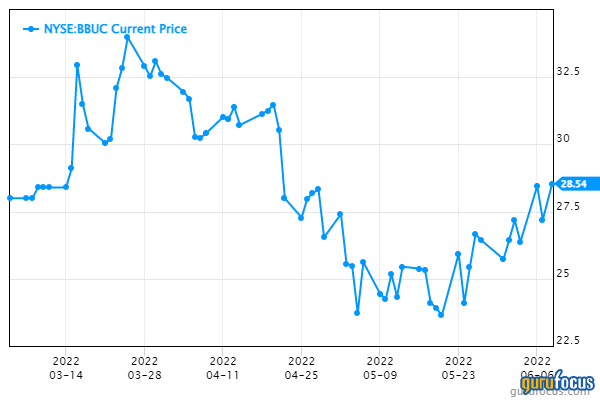 Cyrus Madon, the CEO of Brookfield Business Partners, had the following to say:

“We are pleased to complete the creation of Brookfield Business Corporation and support the continued growth of our business. BBUC provides greater flexibility to invest in our business through a corporate structure and should enhance our index inclusion to further broaden our ownership base.”

EMBC, Financial) was spun off from its parent company, Becton, Dickinson and Co. (BDX, Financial), on April 1.

Also known as BD, the company is a leading global producer of medical devices, instrument systems and reagents. Its product applications range from infusion and anesthesia delivery to medication management, syringes, microbiology solutions and more.

The Embecta spinoff consists of the company’s diabetes care segment, creating one of the largest pure-play diabetes management companies in the world. 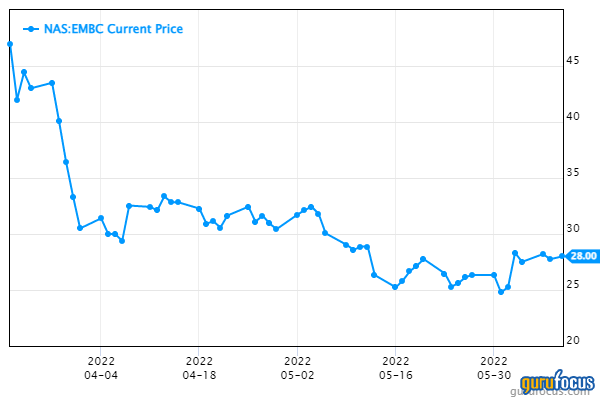 Normally, pure-play spinoffs are beneficial for both the parent company and the spinoff since it breaks up part of the conglomerate discount and allows the spinoff to focus solely on its area of expertise, which can result in a stronger brand image and faster innovation.

Embecta’s shares encountered a major stumbling block soon after the spinoff, though, in the form of the company’s disappointing second-quarter results and guidance. The company attributed the majority of the year-over-year declines in its top and bottom lines to unfavorable currency translations from euro-denominated countries.

The company generates about half of its revenue from the U.S. and half from international markets, which could be a risk going forward due to the rising geopolitical instability in Europe.

ESAB, Financial) was spun off from its parent company, Enovis Corp. (ENOV, Financial), on April 5.

Formerly known as Colfax, Enovis is a medical technology company that focuses on orthopedics for an active lifestyle. 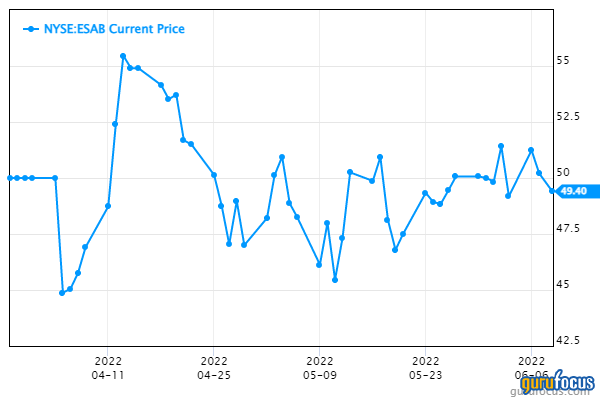 This spinoff represents a clean split between two companies with very different operations. One is focused on things like shoulder arthroplasty systems, while the other’s products include plasma cutting automation solutions.

ESAB was originally acquired by Colfax back in 2012, and at the time of this acquisition, the two industrial manufacturing companies were a good fit for each other. However, after the 2019 acquisition of orthopedic solutions leader DJO, Colfax began its transformation into medical technology company Enovis.

Thus, it seems like a natural step at this point for the two business to separate. Enovis’ business will likely command higher valuation multiples due to the industry it operates in, while ESAB will likely be more cyclical due to how its profitability ties in with economic cycles.