The company will benefit from digital transformation in the long term

NTAP, Financial) had a wild ride over the past several years before doubling in price during the bull market of 2020.

Year to date, it has corrected down by over 25%, mainly due to the general tech market correction spurred on by high inflation and rising interest rates.

Ray Dalio (Trades, Portfolio)'s Bridgewater Associates bought shares of NetApp during the first quarter at an average price of $87 per share, which is 18% higher than where the stock is trading today. 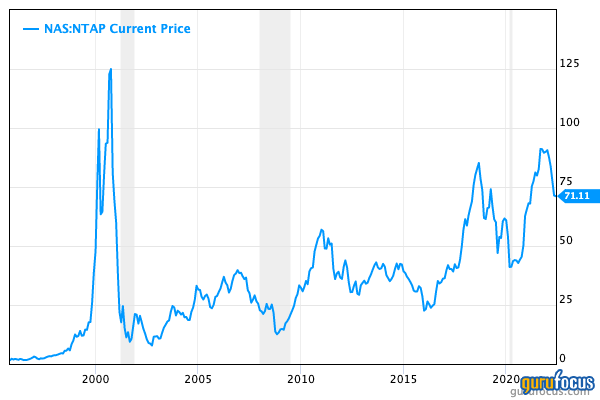 Founded in 1992 in California, the company had its public debut in 1995 and rode the growth in both cloud adoption and big data to become a member of the Fortune 500 in 2012. Let’s dive into the business model, financials and valuation to find out more.

NetApp offers a data management solution based on what it calls “Data Fabric.” Businesses produce a vast amount of data from various sources, so the idea is to help companies “weave” together that data in order to access it at the right place and time. The company's data fabric consists of six key pillars: Discovery, Automation, Optimization, Integration, Security and Protection.

The company calls itself the “Cloud Storage Specialists,” helping many leading organizations transition their data to the cloud.

The company has helped major customers such as DreamWorks, AstraZeneca (

AZN, Financial) and even Dow Jones manage their data effectively and undergo a digital transformation. NetApp notes the top 10 industry leaders across various markets, from automotive to financial services, use its software.

NetApp generated revenue of $1.68 billion for the fourth quarter of 2022, which was an 8% increase year over year. Billings came in at $2 billion, up 16% year over year.

By region, the company generated the majority of its revenue from the Americas (54%), followed by 32% for Europe, the Middle East and Africa and 14% for Asia Pacific. 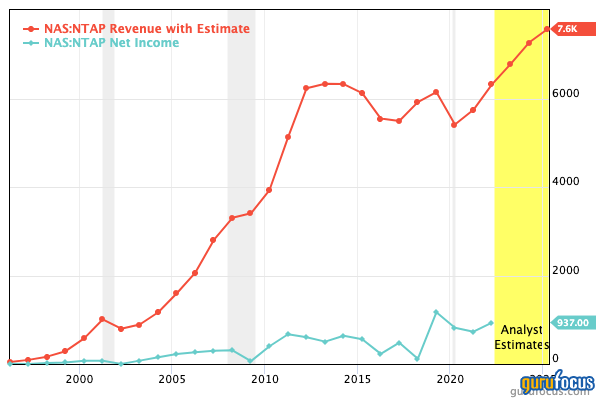 As a software company, NetApp achieves a high gross margin of 66% and a healthy 14% operating margin. Earnings came in at $1.42 per share, which was a 21.4% increase year over year and surpassed analysts' estimates by 11.8%. 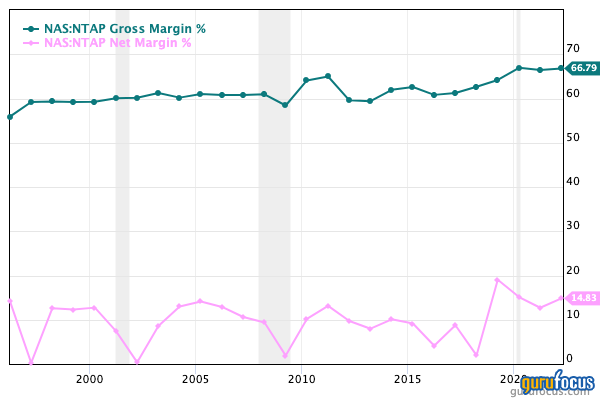 NetApp has a strong balance sheet with $4.5 billion in cash and $2.6 billion in long-term debt. In terms of valuation, the company has a price-earnings ratio of 17 and an enterprise value-Ebitda ratio of 10. This is at the low end of historic valuation multiples. 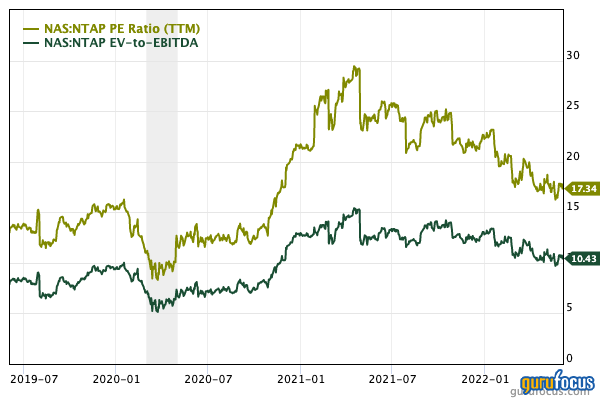 Based on historical ratios, past financial performance and future earnings projections, the GF Value Line indicates the stock is fairly valued at current levels. 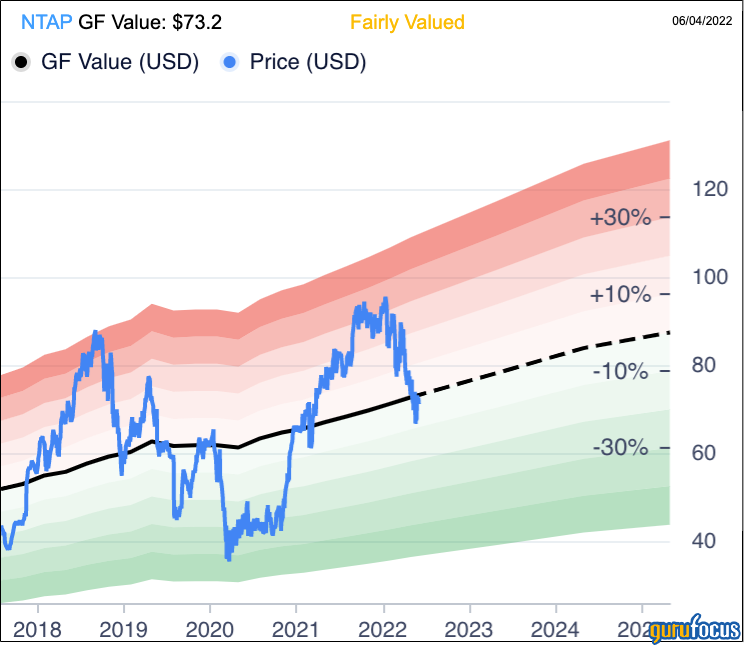 NetApp is a solid company offering a valuable service to large enterprises. Both big data and digital transformation are two major trends that should act as tailwinds behind this company moving forward.

In addition, the stock is trading at a low valuation relative to historic levels and is undervalued. The rising interest rate environment is suppressing the valuation multiples of technology stocks right now, but, in the long run, earnings matter.