The investment bank upgraded the stock to a buy, but the company's fundamentals are not encouraging for a bull case

CVNA, Financial) to a buy and suggests the stock could double in value.

According to a note released by analyst Alexander Potter, "Before we get to the punchline, please note that yes, we are aware that used vehicle prices are falling. We know that rising interest rates are a risk, and we know that bankruptcy is a real possibility. But CVNA is now 1/10th as valuable as it was 12 months ago, and after running a detailed sensitivity analysis, we think many realistic scenarios suggest that CVNA is grossly undervalued."

For me, the investment bank's call makes little sense. If the analyst's note provided an opinion on valuation as an isolated topic, there would not be much wrong with it. However, it is questionable why he would emphasize the current macroeconomic headwinds in the opening statement and follow it with a hard-line buy rating.

Clearly, the global economy is in trouble as gross domestic product data is soft, inflation remains resilient and the yield curve is levelling. 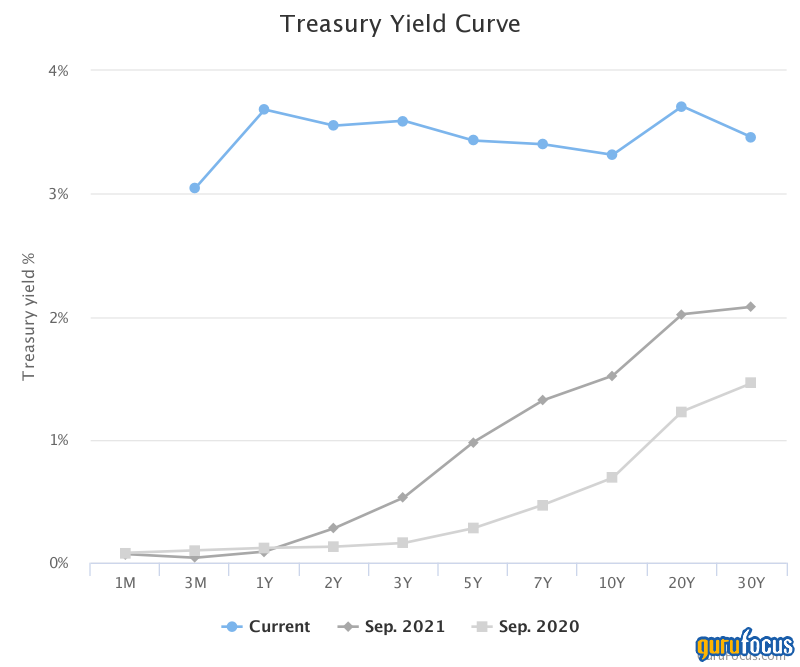 Furthermore, there is a multitude of evidence that industrial stocks do not live up to their potential in a receding economic trough; why is this? Well, consumer spending is cyclical and industrial goods are durable. Therefore, consumers will spend less on non-necessities (such as vehicles) whenever the economy contracts.

Lastly, it is common knowledge by now that quoted and traded assets do not react to valuation inefficiencies in a severe market drawdown. In fact, economic marginal utility theory suggests risk aversion occurs during turbulent economic times, which causes a macroeconomic-driven readjustment in the stock market instead of a fundamental shift.

Let's observe Carvana from a valuation vantage point to juxtapose my argument.

Carvana's stock needs to be valued based on earnings yield instead of its price-earnings ratio since it is an unprofitable company. According to GuruFocus, the stock exhibits a negative earnings yield, casting much doubt over its relative value prospects. 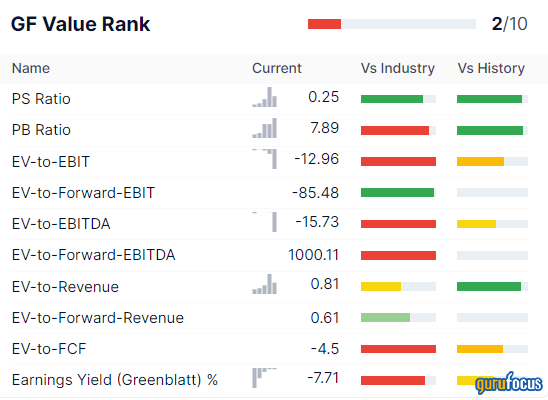 Furthermore, Carvana suffers from accruals, meaning its cash flow statement lags behind its profit and loss statement. In a nutshell, this means the company could be gunning its income statement and not reporting its true cash-generating abilities. Its aggressive Beneish M-Score of 1.46 adds substance to the argument.

Lastly, the stock is undervalued on a price-sales basis. However, is that a valid enough premise to declare Carvana undervalued? I do not think so.