2 Undervalued Tech Stocks Ray Dalio Has Been Loading Up On

Ben Alaimo
Sep 25, 2022
Bookmark
Summary
Ray Dalio (Trades, Portfolio) is the founder of Bridgewater Associates, the world's largest hedge fund with close to $24 billion in its latest 13F equity portfolio for the second quarter of 2022, which ended June 30.

Bridgewater has generated strong returns across the board so far this year, but particularly notable was its flagship Pure Alpha Fund II, which generated returns of 32% year to date vs. the S&P 500's 21% decline according to Bridgewater's website.

Thus, in this article, let's take a look at two beaten-down technology stocks Dalio added a substantial amount to in the second quarter of 2022, according to Bridgewater's latest 13F.

Dalio increased his position in payments giant Mastercard by over 1,200% in the second quarter of 2022. During the quarter, the stock traded for an average price of $344 per share, which is ~15% more expensive than where the stock trades at the time of writing. 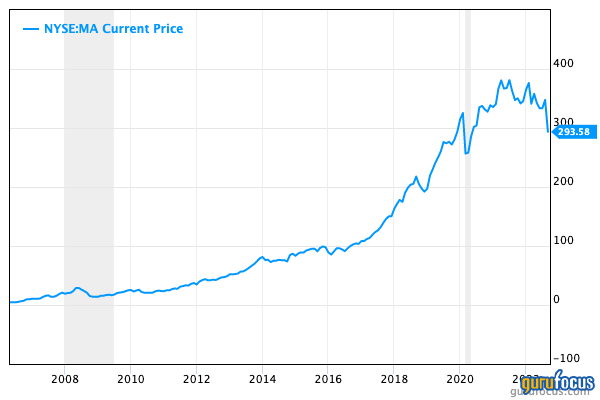 Mastercard is one of the most dominant card payment companies in the U.S. and is in a duopoly with rival Visa (

Mastercard is what is called a “payment facilitator,” which basically means the company operates as a “middle man” between the consumer and the merchant. Mastercard authorizes transactions and ensures settlement is made. For its service, Mastercard takes a small “swipe fee” from merchants. Mastercard also charges banks a fee based on gross payment volume,

Mastercard and Visa have been criticized as old and outdated in terms of technology. However, the company is continuously evolving its business model. For example, in the U.K., Mastercard is aggressively rolling out its “Pay by Bank” service, which enables consumers to buy goods directly with their bank account at the checkout. This means no filling in extra payment details, as authorization is made through the on device banking app. This is a gamechanger as lower friction at the checkout equals a greater customer experience and higher conversions. Mastercard also launched a “Buy Now Pay Later” service in 2022 as it aims to take on rivals such as Affirm (

AFRM, Financial) and Klarna in Europe.

Mastercard doesn’t view crypto technology as a pure competitor but instead a collaborative technology. Mastercard recently filed 15 trademarks related to blockchain and the Metaverse. Mastercard has also scored huge partnerships with Coinbase (

COIN, Financial) to become its partner for an NFT exchange.

Mastercard has been one of the most high-quality investments for many decades and is showing no signs of slowing down. The company generated revenue of $5.5 billion in the second quarter, which beat analysts' expectations by $236 million. In addition, the business generated second-quarter net income of $2.3 billion with earnings per share of $2.34. These strong numbers were a surprise to investors who expected a slowdown in payments due to economic uncertainty and inflation. 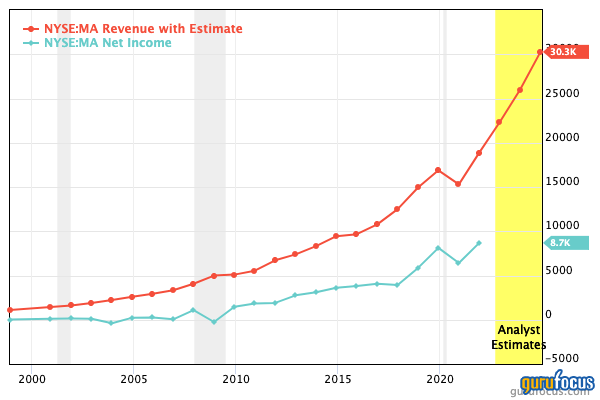 The company’s cross-border volume popped by 58% year over year. Mastercard has a robust balance sheet with $6.4 billion in cash, cash equivalents and short-term investments. The business does have over $13 billion in long term debt, but just $734 million is short term debt due within the next two years.

Mastercard is trading at a price-earnings ratio of 28, which is ~26% cheaper than its five-year average of 37. The stock trades at a slightly higher valuation than Visa, but this has been the case for many decades. 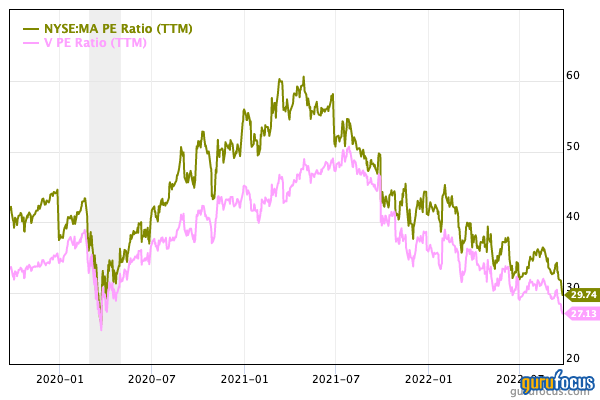 The GF Value calculator indicates a fair value of $432 per share for the stock, which means the stock is “significantly undervalued” at the time of writing. 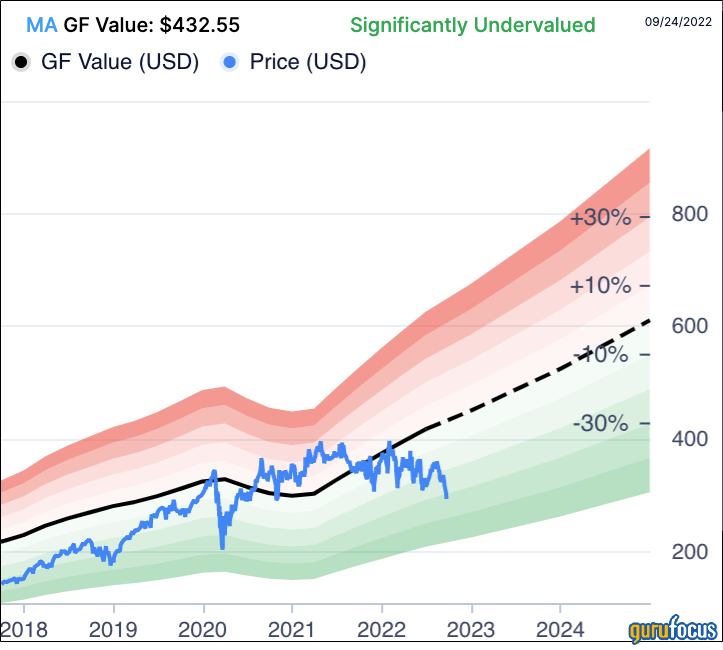 Dalio also increased his position in Meta Platforms, formerly Facebook, by over 5,200% in the second quarter of 2022. The stock traded for an average price of $193 per share in the quarter, which means the stock is ~27% cheaper at the time of writing.

Meta’s stock price has been butchered by ~63% from all-time highs and now trades at the same level it did during the pandemic lows. Some believe the decline is justified, with the company seeing its traditional business chipped away as it invests heavily in an uncertain direction, but others see it as a value opportunity. 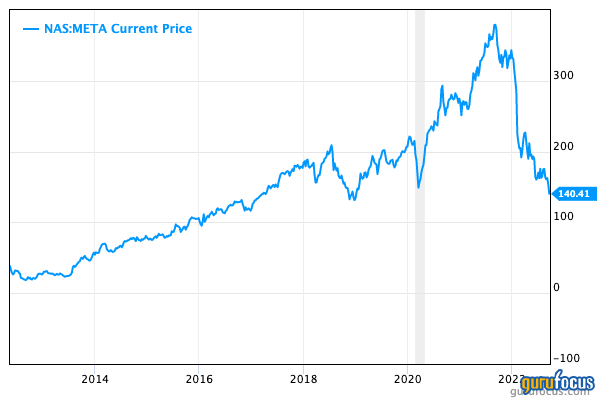 Meta previously announced slowing user growth and a miss on its earnings for the first quarter of 2022. This one was of the main catalysts which caused the large sell-off. In the second quarter, revenue was $28.8 billion, which dipped by 1% from the equivalent quarter last year. The good news is revenue actually increased by ~3% over the prior quarter as Meta increased its monetization from social media “reels,” which it made to compete with TikTok. 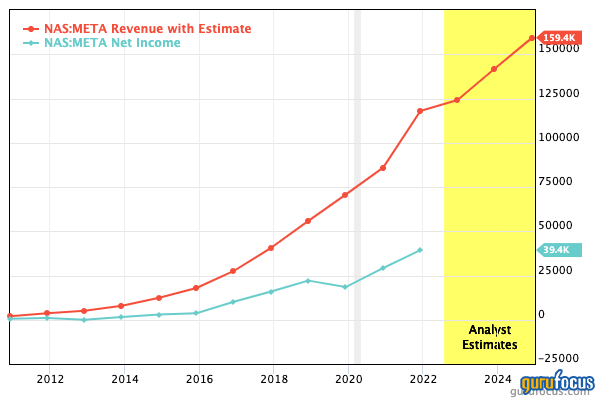 This decline was driven by a substantial increase in operating expenses and costs, which popped by 22% year over year to $20.5 billion. Meta’s prior strong margin of 43% was sliced to 29% due to the increased costs.

Meta's CEO Mark Zuckerberg has vowed to cut costs and has told the team to “do more with less," but this could be counterproductive if the company really wants to be a winner in the Metaverse. Meta still has a fortress balance sheet with $40 billion in cash, equivalents and short-term investments. It does have ~$16 billion in total debt.

The company repurchased $5 billion in stock in the second quarter and authorized an extra $24.3 billion for repurchases.

Meta is now a “deep value” stock in my opinion as it is trading at a price-earnings ratio of 14.6, which is 43% cheaper than its five-year average. 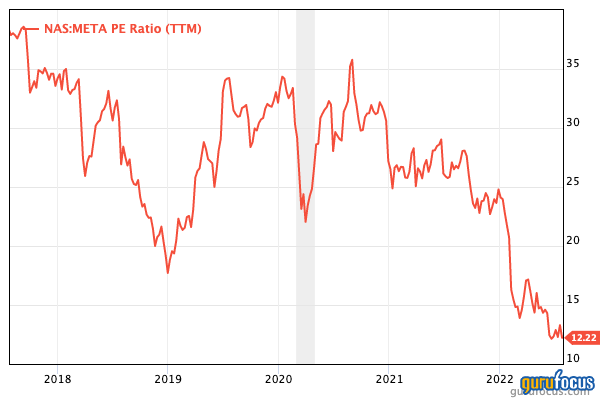 The GF Value chart indicates a fair value $386 per share, making the stock “significantly undervalued” at the time of writing. 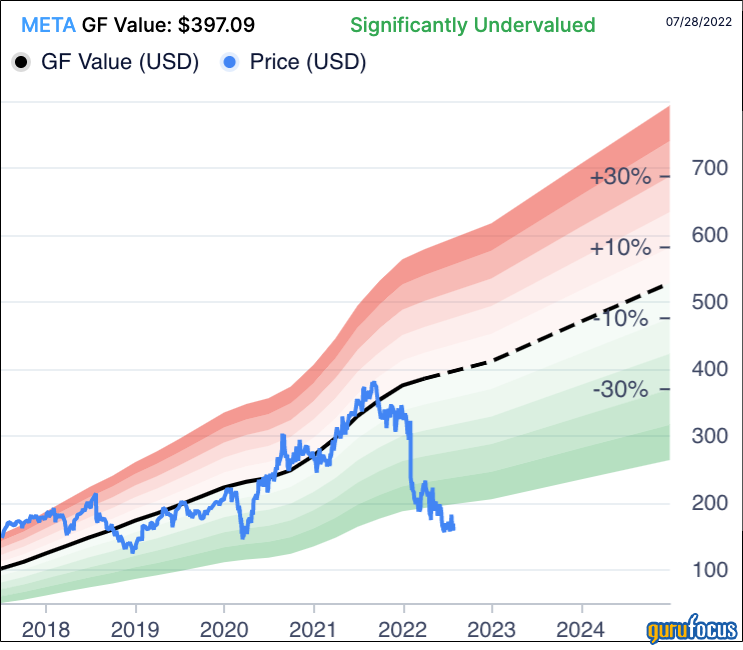 Ray Dalio (Trades, Portfolio) is an incredible investor who has developed a unique culture at Bridgewater Associates. He believes today's winners are tomorrow's losers and vice versa. Thus it was interesting to see him loading up on these undervalued technology stocks. I expect lots of market volatility over the coming quarters, but remember, no bear market lasts forever. The market moves in cycles, and thus it requires a contrarian approach and nerves of steel to hold undervalued stocks for the long term.
Also check out: