The stock could surge as optimism surrounds its deliveries report

TSLA, Financial) is reportedly expected to deliver a humongous 370,000 units in its third quarter, potentially trumping its previous record of 310,000 posted in the first quarter of 2020.

However, even though Tesla's Q3 delivery report is expected to shock the market, there are numerous other factors to consider if you're an interested investor. Here's a holistic picture of Tesla stock's current condition.

Based on the below chart provided by Gurufocus, Tesla's vehicle and production sales have been growing exponentially since its inception. However, recent economic downturns have caused its sales to slump for the first time since March 2020. Therefore, it is a shock to many that analysts are expecting the company to deliver a record number of units in its third quarter.

Automotive stocks are generally very cyclical and suffer from downturns whenever faced with contractionary economic conditions. Having said that, Tesla's more than capable of parting from the rest of the auto space with its stronghold in the electric vehicles market.

According to a recent survey by the IEA, electronic vehicle sales are expected to account for 60% of new motorcar registrations by 2030. As things stand, Tesla's at the apex of the EV space with an approximate 68% market share.

The EV giant is growing at a 10-year compound annual growth rate of 83.65%. I believe its exponential growth pattern is unlikely to be quelled unless faced with a once-in-a-lifetime exogenous shock. Moreover, Tesla's gross profit margin of 27.1% is respectable if one considers that internal combustion giant Ford ( 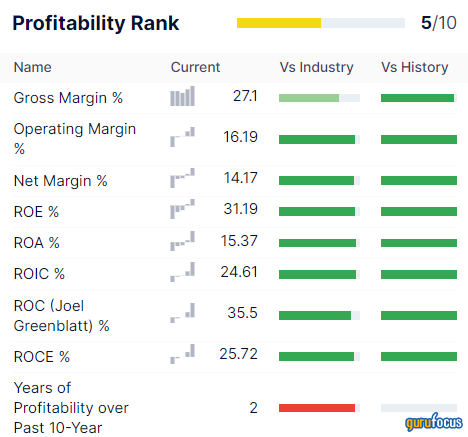 Tesla continues to rise above and beyond on an operational front. The company's key value drivers suggest it's on its way to further stardom unless an unforeseen event occurs.

GuruFocus' GF Value chart rates Tesla as modetly undervalued, which may come as a surprise to some due to Tesla's high price-earnings ratios. However, the GF Value calculation considers past growth, historical price multiples and analysts' estimates of future business performance. Thus, because investors are willing to pay a premium for Tesla due to its growth, the stock can likely sustain higher valuation levels. 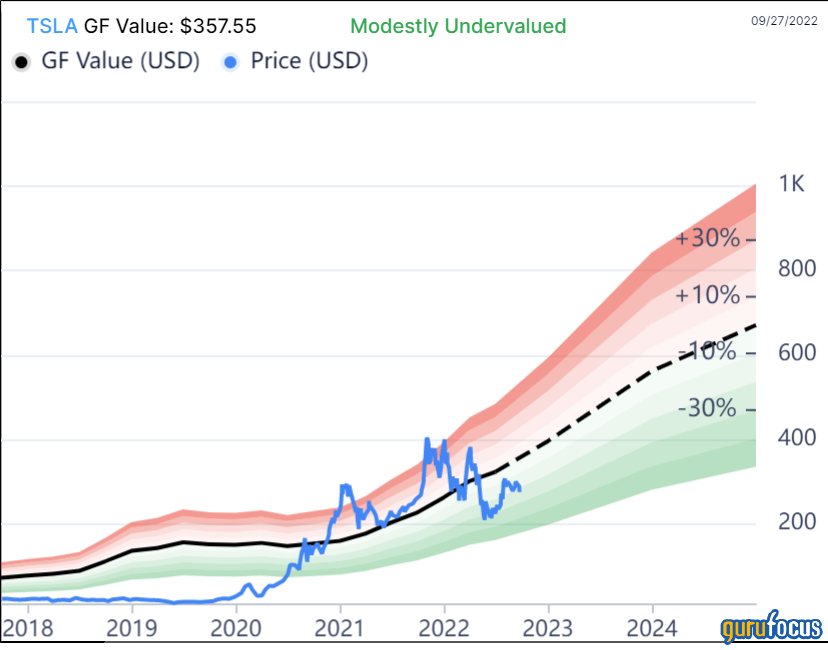 Tesla's earnings per share is anticipated to surge by 37.91% in the next three to five years according to analysts' estimates. 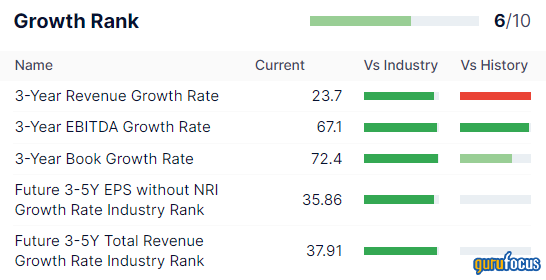 Bullish talk ahead of Tesla's third-quarter deliveries report should come as no surprise given the buzz surrounding the stock. Even though the company faces cyclical headwinds, Tesla's market share and industry support allows it to ride a secular wave, which could see its stock rise head above shoulders as long as investors keep receiving positive news.