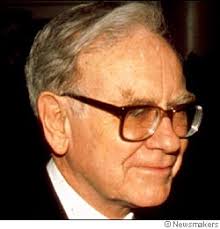 I recall very clearly late in 2008 when my admiration for Warren Buffett as an investor reached even higher levels than ever before. For 2005, 2006 and 2007 I watched as Buffett sat with tens of billions of dollars on the Berkshire Hathaway (BRK.A, Financial)(BRK.B, Financial) balance sheet earning virtually nothing. Then all through 2008 Buffett was able to invest that cash at progressively higher rates of return.


Make no mistake, Buffett was not like Michael Burry or Steve Eisman and saw the huge financial collapse coming. I remember very vividly watching him on CNBC in mid 2007 where he said he thought a recession was unlikely. But he was waiting for a big opportunity, not sure when, why or how that opportunity would arrive.


It takes incredible discipline to sit and wait. Im sure there were plenty of decent opportunities that Buffett passed on while waiting, but having cash when nobody else does is the best way to amplify your returns.


Given my level of admiration for Buffett I was somewhat annoyed when I read this from Bruce Greenwald immediately after Buffett completed the $44 billion acquisition of Burlington Northern:


I know you own Berkshire Hathaway, so I have to ask you what you think about Buffetts purchase of Burlington Northern.


Its a crazy deal. Its an insane deal. We looked at Burlington Northern at $75 and Ill give you the exact calculation we did. You dont have a high earnings return. They are paying 18 times earnings, but its really much worse than that. They report maintenance cap-ex very carefully. They report depreciation and amortization, and they report only about 70% of the maintenance cap-ex. So they are under-depreciating, and their profit numbers are lower than the true profit numbers and in a bad way, because the tax shield for the depreciation is undergone too. Their profitability is much lower than it looks.


Secondly, there are two kinds of assets. There are the rights-of-way, which you cant get rid of. So theres no issue about having to earn a return on them because you have to keep it in the business, and because theres nothing they can do with those rights-of-way. If you look at the asset value of the non-right-of-way equipment, and you write it up because its more expensive than it was originally, you get an asset value thats very close to the earnings power value. We didnt see a lot franchise value or hidden asset value.


The other thing is that if you try to calculate sustainable earnings, you have to cope with the fact that earnings are up enormously since 2003, when oil went up. There is a simple calculation you can do, which compares the cost-per-ton-mile for freight for a truck versus a railroad. If you build the increase in the price of diesel fuel into the post-2003 experience, when revenues suddenly start to grow, what you see is that the entire growth of the revenue is accounted for by the energy advantage that the railroads have and therefore how much business they can capture from the truckers, and how much pricing they can get because the competition is now more expensive.


There is nothing special about the railroads. Its entirely an energy play.


If you look at what their margins should have gone up by, given the energy efficiency, the margins go up by only about half of that. So you dont have a good aggressive management over these five years producing outsized returns.


We looked back at when they did the merger with Santa Fe, because then they did increase margins. But they got bored with it, and margins started to come down. The same thing happened recently. We dont see a lot of hidden profitability in the culture of the company.


It looked to us like an oil play. He has a history of making bad oil play decisions. And that was at $75/share, we thought there were better oil plays. At $100/share we think he has lost his mind."

Now I have to say, before you go out in public and suggest that Buffett has lost his mind, a person should maybe consider that perhaps he or she simply isn't smart enough to understand what Buffett is doing.


Because as it turns out, Buffett had not lost his mind. In 2012 Burlington Northern had record earnings of $3.372 billion, which means that Buffett's purchase price is 13 times earnings. Or another way to think about it is that Berkshire had an earnings yield of 7.7% in 2012 on its original purchase price ($3.372 billion / $44 billion).


At the 2:30 mark of the interview below with Charlie Rose, Buffett explains why he thought the railroad was a good acquisition.

http://valueinvestorcanada.blogspot.com/
How to use GuruFocus - Tutorials What Is in the GuruFocus Premium Membership? A DIY Guide on How to Invest Using Guru Strategies GuruFocus New Features
Write for GuruFocus
Submit an article