An Intro to Magic Formula Investing 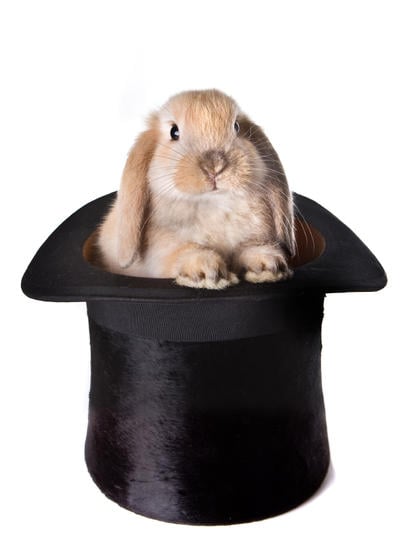 Over the coming years I will be covering

Joel Greenblatt (Trades, Portfolio)’s “magic formula” and the stocks that come up on the magic formula screen. Since its inception in 2006 I have been fascinated that such a simple formula can truly make value investing a whole lot easier.

Since it has been a couple of years since "The Little Book That Beats the Market"Â has been released, chances are that “newer” value investors might not be familiar with it. So let’s start with the basics and what I hope to accomplish.

The basis of the magic formula comes from

Joel Greenblatt (Trades, Portfolio)’s "The Little Book That Beats the Market"(2006) and its sequelÂ "The Little Book That Beats STILL the Market" (2010). The book is a relatively short and entertaining read (as it was written for his children) and could be read in one sitting. But don’t underestimate the information in it. What Greenblatt does is takes Graham’s value investing principles and simplifies it. So what is the magic formula?

What Is the Magic Formula

These two metrics are the core of the magic formula and will be something I will go into in further detail in upcoming articles. There are other details that Greenblatt goes into such as ranking the stocks, portfolio management, taxes and which sectors are not included in the magic formula. But for now, I want to focus on the core.

Who Is the Magic Formula Intended For?

The book was written for Greenblatt’s children but in my opinion it is intended for anyone interested in value investing or is looking for a simple process to beat the market over the long run. I say long run because many investors bailed on the magic formula as it underperformed several years following its release. Not to mention, many readers of the book probably thought the strategy was “too easy” and continued to look for the holy grail of investing elsewhere.

But trust me, the foundation of the book is solid and with patience and discipline, you can outperform the market. Which leads me the performance of the magic formula.

Why was the magic formula such a hit? In my view, it’s performance! The formula is simple, makes sense and could be applied immediately.

Wondering if 23% annual returns could be achieved, on June 2012 I decided to start a simulated fund on marketocracy.com. The portfolio selection was as follows.

How has this fund performed?

Extraordinary! So far, it has returned 30% on an annualized basis. Keep in mind, I did no security analysis whatsoever. I simply sold all stocks on the last trading day of the year and rebought on the first trading day and sat back. Granted, I missed the the crash of '08 and have been riding a baby bull market but hey, 29% per annum is not bad considering I have seen a number of value managers underperform the major indexes. This performance has made the fund rank in the top 98% of the funds for the year ending in 2013.

In the coming years, it will be my goal to build a magic formula portfolio of 20 magic formula stocks. But because this will be a college fund, I will only invest in magic formula stocks with a market cap greater than $1 billion. My goal is to not only replicate the magic formula results, but to build wealth by slowly saving and investing. I do not need to do this “project” as I’m fine without it. But I see so many people stuck in a vicious cycle where every check earned is owed and not much is saved. But by saving just a little bit and investing it in undervalued securities, you will be amazed how fast money compounds.

"My wealth has come from a combination of living in America, some lucky genes, and compound interest." –

Warren Buffett (Trades, Portfolio).
Also check out:
Not a Premium Member of GuruFocus? Sign up for a free 7-day trial here.
Rating: 5 / 5 (4 votes)
4 Comments
Write for GuruFocus
Submit an article
How to use GuruFocus - Tutorials What Is in the GuruFocus Premium Membership? A DIY Guide on How to Invest Using Guru Strategies GuruFocus New Features