Leon Cooperman (Trades, Portfolio) has been in the investment industry for nearly half a century. He started his career working at Goldman Sachs, but he retired 1991 and founded his own company Omega Advisors, which he runs today. CoopermanÂ has been in the financial sector for close to half a century and most recently added 482,749 shares of Google (GOOGL, Financial), a 125.94% increase to his holdings, and purchased 4,830,595 shares in Pfizer Inc. (PFE, Financial).

Google is also traded in Chile, Argentina and Germany.

Google presently ranks No. 1 globally in search and popularity, according to Alexa.com. It also ranks No. 1 in the United States as the most used search engine. Google is a powerhouse with a market cap of $536.18 billion, a P/E ratio of 33.61, a P/S ratio of 7.58 and a PEG ratio of 2.23. Google is in a dominating position in search and has grown more than 30% since July 2015.

Charlie Munger (Trades, Portfolio) and Warren Buffett (Trades, Portfolio) of Berkshire Hathaway (BRK.A, Financial) have investing rules, and one of their most important rules and investment philosophies is to ensure that a company has a moat surrounding to ensure that it can withstand fluctuation and variance of the market and stay in a dominating position long term. They recommend that, if you want to buy stocks and hold them forever, this is another reason why having a moat around your company is vital. According to Alexa, Google has almost four times as many searches per day as its next closest competition, Bing.

You can watch BuffettÂ talk about companies having moats surrounding them on this YouTube video starting at 22:00.

Here below is a Peter Lynch chart of Google. 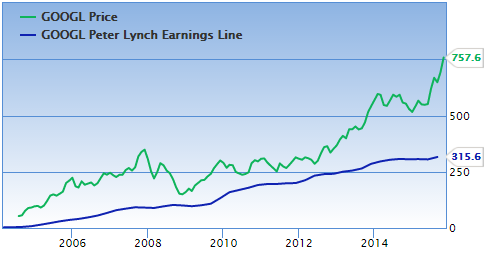 Cooperman also made a large purchase of 4,830,595 shares in Pfizer. The company was incorporated in 1942 in Delaware. It is a research-based biopharmaceutical company that applies science and its resources to bring therapies to people that extend and improve their lives through the discovery, development and manufacture of health care products. 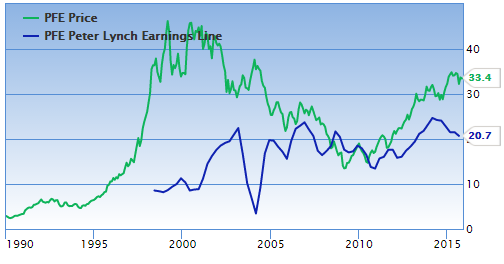 When it comes to investing, Cooperman has almost half a century of experience. It is not surprising that he took the low variance route by purchasing more shares in the search engine giant Google as well as acquiring a strong global pharmaceutical company that has been around for more than 50 years.

Cheers to your investment success.