Should Value Investors Buy IPO of Saudi Aramco, the World's Most Valuable Company? 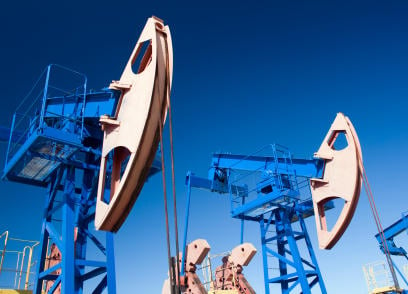 Saudi Aramco is considered the most valuable company in the world, but value investors may not jump on the stock if the company follows through on its recent proposal last week to hold some type of initial public offering.

The company, founded in 1933 and entirely owned by the Saudi Arabian government since 1980, has the world’s largest crude oil reserves of 261 billion barrels and the largest daily production at 12.5 million barrels per day. It dwarfs Exxon Mobil (

XOM, Financial), the world’s largest publicly traded oil and gas company, which has oil reserves around 25.3 billion barrels and daily production of 5.3 million barrels. If the Saudi government sold shares of the entire company, many analysts have estimated its market cap would soar into the trillions, shattering Apple’s record of $756 billion.

Saudi Aramco appears to have an uncontested grasp on unparalleled assets and a global leadership position over the market of a vital commodity. It also has management focused on adding value over the long term. In the announcement of the possible IPO, the company said in a statement on its website:

“Saudi Aramco would like to emphasize that this process will strengthen the company's focus on its long term vision of becoming the world’s leading energy and chemical enterprise. This includes prudently managing the Kingdom’s hydrocarbon resources, adding value across the value chain, reliably meeting its customers’ demand, and meeting its stakeholder and environmental commitments.”

But for value investors, perhaps the biggest impediment to buying a piece of those assets is risk, said Dr. Sheridan Titman, a professor of finance at the McCombs School of Business and director of the Energy Management and Innovation Center at the University of Texas at Austin.

“I think the difference [between U.S. and Saudi Arabian oil stocks] is if I bet on Saudi Arabia I’m betting on the oil prices along with the political stability of Saudi Arabia,” Titman said, adding that Saudi Arabia is “as politically unstable as any place in the world.”

Growing tensions with Iran and a $100 billion budgetary shortfall due to low oil prices that has caused the government to raise gas prices and cut back on services have hit the country in recent months. The IMF estimates that if oil stays below $50 a barrel, most countries in the region, including Saudi Arabia, will run out of cash in five years or less.

In addition, other similar government-controlled oil companies that have tried to publicly float some of their shares have not fared well. Titman, who does not believe an Aramco IPO will actually happen, said government control was a primary reason for their failure, citing the example of Brazil’s Petrobras (

“There are companies that have tried to do that,” he said. “The most important is Petrobras in Brazil, where they sold off half the shares to the public. It was fine at first, and in the past five years it’s been a disaster because the government controls it and the politics change, anything can change. It can be very risky.”

A less precarious avenue would be if the company sold shares of only its petrochemical or refinery businesses or joint ventures, which Reuters recently reported as a possibility.

Titman, who visited Aramco six years ago, said the treasurer of the company at the time found the idea of either an Aramco public offering or spin-off and IPO of its chemicals businesses as impossible, mainly due to the culture of the company. But investing in an offering of its other businesses would be less of a bet on the country and more on its ability to produce chemicals, Titman said.

Saudi Aramco has offered shares of one of its downstream joint ventures already, selling 25% of PetroRabigh (

SAU:2380, Financial) to the public in 2008. Saudi Aramco and Sumitomo Chemical of Japan (TSE:4005, Financial) each hold a 37.5% stake in the oil refining and petrochemical operation, which cost $9.8 billion to construct.

PetroRabigh is listed on Saudi Arabia’s Tadawul stock exchange and publicly files regular financial statements. It currently has an $8.94 billion market cap after its share price dropped by 45% over the past year.

Saudi Aramco owns 50% or greater stakes in four other domestic refining joint ventures, three with the same 400,000 barrels per day refining capacity and one with 305,000. It also has total ownership of five domestic refining subsidiaries and four other international joint ventures, with total worldwide capacity of 5.4 million barrels per day, compared to 1.96 million for the largest in the U.S., Valero Energy (

VLR, Financial) and 17.97 million barrels for the entire U.S., according to the U.S. Energy Information Administration.

Titman saw these assets as less risky and more likely to go public. “I could see that as possible, especially if they’ve got assets outside of Saudi Arabia that foreign buyers can attach to. As long as there are assets that can’t be seized in the event of regime change, then that’s a possibility,” he said.

These assets would also prove easier to value than the parent. Saudi Arabia currently keeps Aramco’s financial and geological details under wraps, regarding them as state secrets.

That could change in the future though. In the Economist article that broke the Saudi Aramco story, the country’s Prince Muhammad bin Salman said the company would become more transparent if publicly listed, as part of a greater economic reforms and privatization the government has slated. Prince Muhammad went as far as to agree that the nation was undergoing a “Thatcherite revolution.”

But whether a more private economy and clearer understanding of valuation from a balance sheet analysis would be enough to counter other risks including instability remain to be seen.

“I don’t see a lot of investors wanting to make that bet,” Titman said. “Obviously if they sell the shares cheaply enough, people will buy it.”

Not a Premium Member of GuruFocus?Â Try it free forÂ 7 days.