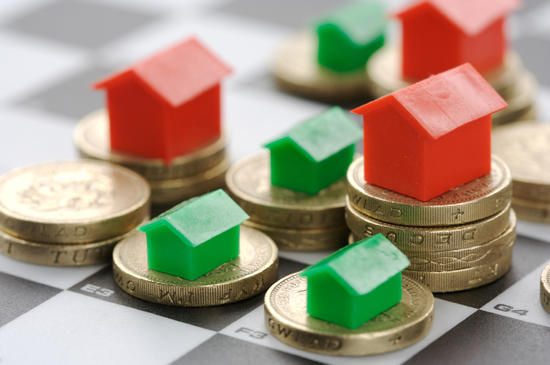 Recently, Scion Asset Management, the hedge fund founded by Michael Burry, one of the key protagonists from "The Big Short", reported on its long holdings. An earlier GuruFocus article highlighted his heavy weighting toward financials; however, his single largest position is in Nexpoint Residential Trust (

NXRT, Financial). With its $283 million market cap, it’s a tiny company in the REIT space that specializes in residential multifamily real estate.

Curious what attracted Burry to the company, I went digging through the company’s materials on its investor relations site. Nexpoint is the only REIT in Burry’s portfolio, and Nexpoints claims to be the only REIT with a value-added strategy, which it claims generated ROI north of 20%. 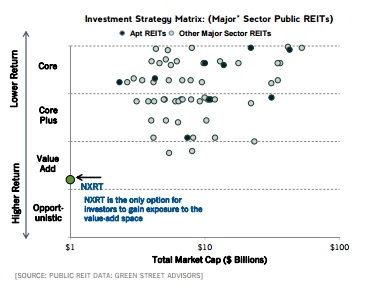 The company focuses on residential real estate because declining home ownership and increasing student debt support the strong current demand for residential rentals. Meanwhile, new supply is only very slowly being added. According to the company, completions add under 2% per year to the existing stock until 2019 at least.

To achieve its ambitious return targets, management buys underperforming, under-capitalized properties and upgrades them in order to be able to raise the rents and extract market rates. The strategy probably doesn’t scale up without limitations, but given the company’s tiny market cap, it could have some runway left. Most of the value creation hasn’t taken place yet, to quote from the company’s presentation:

From a valuation perspective, the company is a screaming buy if it is able to achieve anywhere near its ambitious return on investment goals. A company with such capable and ambitious management would deserve to trade at a multiple well-above book value, but in fact Nexpoint trades at a discount to net asset value, which the company estimates to be somewhere between $15.71 and $19.61 per share.

Also check out:
Not a Premium Member of GuruFocus? Sign up for a free 7-day trial here.
Rating: 5 / 5 (5 votes)
Write for GuruFocus
Submit an article
How to use GuruFocus - Tutorials What Is in the GuruFocus Premium Membership? A DIY Guide on How to Invest Using Guru Strategies GuruFocus New Features