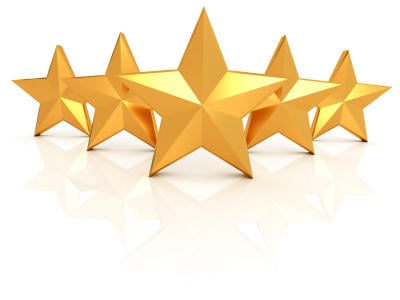 Dr. Michael Burry is a value investor and founder of Scion Capital. He shot to fame in 2008 after becoming one of the first fund managers to bet against the subprime housing market, a story later told in the 2015 film "The Big Short."

Before Burry made a name for himself predicting the end of the financial world as we knew it, he was a devoted value investor. After spending several years trading on his own and running an investment blog, Burry started his hedge fund, Scion Capital in 2001. Burry’s stock picking skills immediately began to clock up impressive returns for investors.

Today’s value investors can learn a lot from Burry’s writings from his days as a value investor. When he first started to play the markets, Burry kept a detailed blog, explaining almost all of his investments and positions. Detailed analysis and discussion of his positions still exist to this day in some corners of the internet. From these posts, it’s possible to learn five key traits and tips about Burry’s strategy.

If you read through Burry’s old blog posts, it quickly becomes apparent how much time he spent researching potential investments. Burry’s investment analysis was always extremely detailed and he left no stone unturned in his pursuit for value.

“My weapon of choice as a stock picker is research; it’s critical for me to understand a company’s value before laying down a dime...All my stock picking is 100% based on the concept of a margin of safety, as introduced to the world in the book “Security Analysis,” which Graham co-authored with David Dodd. By now I have my own version of their techniques, but the net is that I want to protect my downside to prevent permanent loss of capital. Specific, known catalysts are not necessary. Sheer, outrageous value is enough.”

Furthermore, Burry always approached each investment thinking “how much can I lose”, an approach similar to that of

Warren Buffett (Trades, Portfolio). The majority of other asset manaers approach investments thinking “how much can I make” (The Little Book of Behavioral Investing).

On Buffett and Graham

Burry was a value investor at heart but he didn’t think he would benefit from following Buffett or Graham directly. Instead, he developed his own strategy and stuck to it.

"I agree with everything you just said, esp re: Intel and MSFT. Re: the net-net, it is certainly interesting, isn’t it? I believe Graham bought a huge basket (100’s) of them. Additionally, the market was depressed so a higher percentage of the NN’s were just misunderstood. In this market, a net-net would carry more risk, I would think because it is less likely to be overlooked and more likely to be really in trouble. Also, I can’t find hundreds to diversify and lessen my risk. But it’s a situation I would watch. When this same company came out of bankruptcy in 1991, it rocketed 10-fold."

"When looking at net-nets as individual picks in a concentrated portfolio in a frothy market, we’re not following Graham’s method very well anyway. So I insist on extra corroborating value analysis/evidence to help me when I add my one or two or three net-nets to a portfolio.

Tweedy Browne (Trades, Portfolio) has done some proprietary research on this which is mentioned here and there in various investing texts. Their feeling is that the net nets that actually did well when purchased as part of a broad diversified portfolio of them were the ones that had horribly negative earnings rather than positive earnings, and that had business models that didn’t seem viable. This makes sense, because net net is really a proxy for a form of liquidating value, and becomes least relevant in an operating company that is expected to continue to run forever. Nevertheless, Jim and I and others here have had success picking up operating companies with decent futures and decent stories at less than 2/3 net net. Hence, inevitably we will each just have to reach our own conclusions given the available personal anecdote and evidence.

If one does subtract out operating lease burden, then retailers become doubly suspect as net-nets – their inventories are already as suspect as they come."

"Which brings me to the my third point, well-noted in Wall Street On Sale. Buffett’s buy-and-hold philosophy is his third incarnation, which comes of necessity due to the size requirement on his investments. And his absolute best years – the ten years of his partnership- were not of the buy-and-hold type. He was very successful flipping small caps for rather quick gains when he was able. I’m sure he would love to now if it would make any difference to him. Then again, with the REITs, maybe he did.

Could it be that by investing as Buffett does now, despite our tiny size, we are giving up the inherent advantage of being an individual, small investor?"

Go Against the Market

Value investors are natural contrarians and Burry was no different. Burry was only interested in stocks he liked to call ‘ick’ investments, those stocks the rest of the market looked to avoid.

“Ick investing means taking a special analytical interest in stocks that inspire a first reaction of ‘ick.’ I tend to become interested in stocks that by their very names or circumstances inspire unwillingness – and an ‘ick’ accompanied by a wrinkle of the nose on the part of most investors to delve any further.”

“Fully aware that wonderful businesses make wonderful investments only at wonderful prices, I will continue to seek out the bargains amid the refuse.” -- Dr. Michael Burry

Unlike other notable value investors, who concentrate on the fundamentals only with little regard to technical analysis or chart movements, Burry liked to make use of technical factors to time his buys and incorporated a stop-loss:

“As for when to buy, I mix some barebones technical analysis into my strategy...Nothing fancy. But I prefer to buy within 10% to 15% of a 52-week low that has shown itself to offer some price support. That's the contrarian part of me. And if a stock -- other than the rare birds discussed above -- breaks to a new low, in most cases I cut the loss…”

Own a Relatively Concentrated Portfolio

And finally, Burry liked to run a relatively concentrated portfolio of less than 20 holdings. For most investors this level of concentration is unsuitable, but Burry’s detailed research ensured that he knew his holdings well and had confidence to be so concentrated. His turnover was also fairly high:

"I like to hold 12 to 18 stocks diversified among various depressed industries, and tend to be fully invested. This number seems to provide enough room for my best ideas while smoothing out volatility, not that I feel volatility in any way is related to risk. But you see, I have this heartburn problem and don't need the extra stress...I know my portfolio turnover will generally exceed 50% annually... I am not afraid to sell when a stock has a quick 40% to 50% a pop."

Disclosure: I/we have no positions in any stocks mentioned, and no plans to initiate any positions within the next 72 hours.

Also check out:
Not a Premium Member of GuruFocus? Sign up for a free 7-day trial here.
Rating: 5 / 5 (23 votes)
3 Comments
Write for GuruFocus
Submit an article
How to use GuruFocus - Tutorials What Is in the GuruFocus Premium Membership? A DIY Guide on How to Invest Using Guru Strategies GuruFocus New Features