Mergers, Millennials and the Major Leagues

Reflections on the week 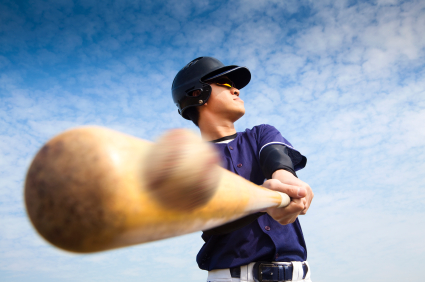 I had a chance earlier this week to sit down and chat with Robert Hendershott of Context BH Capital. Context is a fund that employs an event-driven, long/short investment strategy focused on the community and regional banking sectors. They invest in banks that are acquisition targets of aggressive consolidators and capturing takeover premiums in advance of acquisition announcement and select merger arbitrage transactions post-acquisition announcement.

Mr. Hendershott pointed out that consolidation has been going on for a long time. When all this started in the late 1980s and early 1990s, there were over 16,000 banks in the United States. Today we are down to just about 6,000. He also noted that the number of publicly traded banks has stayed about the same over this time. The banks that have disappeared via M&A have been small private banks for the most part. He thinks that the thousands of smaller banks in the US are an endangered species right now.

He is cautiously optimistic about community banks in 2017. If all the expectations of lowered regulations and tax cuts can be trusted—coupled with a growing economy and higher net interest margins—today’s prices could be an excellent entry point.

Among the factors that concerned Mr. Hendershott were the timing and form of all these changes and exactly how they will impact banking regulations and tax code. I have said for since the election that if it all comes to pass it will be a community bank bonanza. However, given that we are dealing with politicians and the legislative process, there is a lot that can go wrong along the way.

He said several times that it is just not a lot of fun to run a bank these days and that provides an incentive to merge. The burden and cost of running a small bank today are enormous, and many bankers are suffering from what I have called exhausted board syndrome. They are tired, and the current improved pricing may spur some to ring the bell and sell the bank.

I share Mr. Henderhott’s views pretty much down the line. We will continue to see M&A activity, and it will go on for years. We have too many banks, and consolidation has to continue no matter what happens in Washington this year. I worry about current valuations in the sector, but among the smaller banks, I can still find some banks to buy at bargain prices. The Trade of the decade continues and will for some time still to come.

SNAP, Financial) priced today, and I am supposed to have an opinion as a responsible observer of the financial markets. I have no idea what the stock will do, but my opinion is that this is a piece of crap. The valuation is ridiculously high, and corporate governance is non-existent as investors will be buying shares with no voting right. As near as I can tell, the app exists so millennials and teenagers can trade questionable pics and has little to no practical purposes. I confess that I am very suspicious of parents who permit teens to have the app on their phones and there is no chance in hell my youngest will ever have it while I'm footing the bill.

The stock will be priced at 60 times revenue at the IPO price. The corporate governance issues alone would keep me from buying the stock but the valuation ad some very real questions about exactly why we even need a company like this further my deep aversion and dislike for the stock and the company.

The Dow hit 21,000 this week, in a rapid fire move up from the 20,000 level it hit earlier this year. Wall Street is in love with this new President and his agenda. But as Mr. Hendershott observed when discussing the banks, there is a long way to go. He is the President to be sure, but he is not the Emperor. The key provisions of his plans have to be legislated, and it is clear from the behavior of the Democrats during Tuesday night’s speech that they have no intention if playing along or cooperating in any form. They refuse to even agree with him when he agrees with their ideas.

Tax and Regulatory reform are still a long way off, and stocks are priced as if it all starts tomorrow morning. If you are not cautious here, you are not thinking things all the way through. Cautious optimism and a strict adherence to valuation with an increased emphasis on margin of safety seem to be the best course of action.

On a happier note, I got a look at the new book release schedule for March and its pretty exciting. Randy Wayne White, Greg Iles, Clive Cussler, Robert Crais, Paul Levine, Ken Follett, Janet Evanovich, Stuart Woods and some other favorites will be out this month. Since I am spending a week this month visiting my in-laws on a beach in Texas, I intend to do a lot of recreational reading.

That is when I am not watching baseball. The MLB app that allows me to watch games on my phone is one of my very favorite inventions of all time. In addition to the spring training games, I can and will be also be tuned in on the World Baseball Classic.

The AL East is shaping up to be a dogfight this year, and I see a lot of books and baseball in my future. Reading a good book while watching the ballgame over the top of the page is one of my favorite ways to spend an evening and the new release list, and spring training results so far appear to offer some great opportunities to do just that for the next several months.

I am starting to work on my baseball predictions for the 2017 season and will have that around the third week of the month for you. We had a good year last year predicting division winners and had the easy prediction of the Cubs winning it all. There have been a lot of offseason moves and some good young talent that will make their MLB debut this year, so it is going to be a bit tougher to get it right, but I think I am up for the challenge.

Everyone is pretty excited about the markets right now. At such times I like to recall Mark Twain’s suggestion that, “Whenever you find yourself on the side of the majority, it is time to pause and reflect.”