3 'Positive Sentiment' Stocks for Your 2017 Portfolio 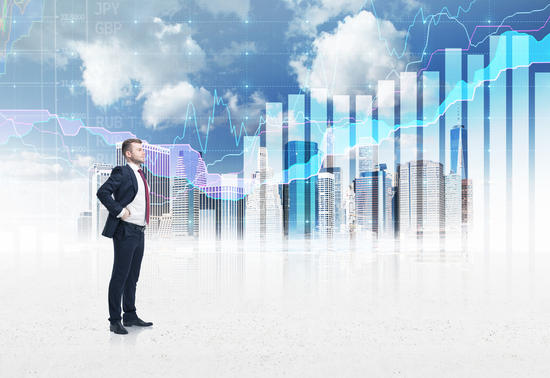 No matter which asset classes you invest in, no matter what the state of the economy, it is always worthwhile to keep track of what the world’s top investors and largest investment companies are doing. Very frequently, given their substantial buying and selling power, their actions determine how markets move in the short term. As such, it pays to keep up with their decisions, behaviors and opinions.

The investment practice by which one buys the same securities as institutional investors, market gurus or market insiders is a positive sentiment strategy otherwise known as “following the smart money.” The belief is these investments perform better than others because institutional investors, gurus and market insiders are thought to be better informed and have more significant pricing power than most investors.

Every year, we assemble a portfolio of 25 top American and Canadian stocks based on a “follow the smart money strategy” that is aimed at delivering high risk-adjusted returns and should be in line with the needs of many different types of investors. In this article, we discuss three of these stocks.

The first step in the stock selection process involves identifying a select set of indicators and corresponding rules we believe indicate the behavior of smart, sophisticated, influential investors and investment houses. One popular indicator characterizing the extent to which a stock is followed by Wall Street and whether Wall Street’s interest is growing or falling is the stock’s percentage of institutional ownership. The belief is that when bigger hedge funds and mutual funds start purchasing a particular stock, they will bid up its price and other investors will follow. A second indicator is the stock’s percentage of insider ownership. No one knows a company better than insiders. When they are buying, it suggests they believe the stock is undervalued or the company’s future prospects are improving. Additional indicators include the percentage of the company’s stock float being shorted as well as the number or gurus buying or selling positions. Overall, when selecting stocks for the model portfolio, we look for companies that:

3. Have strong earnings and cash flows.

5. Are held by an acceptable percentage of institutions.

6. Are purchased by insiders and gurus.

7. Have manageable levels of debt.

8. Have a low and declining short percentage of float.

Presented below is the performance of the 25 positive sentiment stocks purchased in 2016.

In total, the portfolio generated a 22.9% gain (excluding the impact of dividends). We lost out by a small margin to the Dow Jones Industrial Average benchmark, but did quite well against our principle benchmark, beating the Standard & Poor's 500 by almost 4%. Our top three performing positions included Analog Devices (

Financially, the company has generated phenomenal results, producing net margins over 18%, return on assets over 15% and return on invested capital over 32%. Further, its short percentage of float has been on a steady decline and now rests at 1.2%. There has been some institutional sell-off with its institutional ownership falling from 83% to 76% over the last year, putting some downward pressure on the stock, but to us this not is a major concern. Some of the stock’s biggest sellers have included

At today’s levels, Applied Materials’ stock trades at just 20.1 times trailing 12-month EPS of $1.54 and only 15.4 times expected future EPS of $2.57, both of which are reasonably priced compared to a five-year average price-earnings (P/E) multiple of 55.3 times.

KNL, Financial) is a designer and manufacturer of furniture, furnishings, textiles and leather for the workplace and home. The company’s core products include seating, storage, tables, desks and ergonomic systems. The company also manufacturers a series of lounge seating, side, cafe and dining chairs, barstools, as well as furniture for files and storage spaces, desks, tables and various other specialty products.

The company has generated strong earnings every year over the last 15 years. It is producing net margins over 7% on sales of $1.2 billion. It has a current ratio of 1.2 and, as of year-end, a ROA over 10% and ROIC over 18%. Further, Knoll’s short percentage of float has fallen over the last year and now sits at only 0.7%. Like with Applied Materials, there has been some institutional sell-off with new stock purchases by gurus such as

At today’s levels, Knoll’s stock trades at just 14 times trailing 12-month EPS of $1.68 and only 13.7 times expected future EPS of $1.73, both of which are reasonably priced compared to a five-year average P/E multiple of 20.7 times.

With the multiples above, a PEG ratio of 2.0, consensus EPS estimates of $1.73 for 2017 and $1.94 for 2018, we believe the stock could consistently command a fair multiple of 16 times per-share earnings. This places its shares upward of $30.40. In addition, the company pays a quarterly dividend of 15 cents per share, which gives its stock a 2.5% yield.

SPGI, Financial) is one of the world’s top providers of ratings and benchmark services, analytics and data distribution services to the capital and commodity markets. The company’s core products and services include its bond rating services, stock research and web-based analytic tools for investors, market and commodity intelligence, desktop services, asset pricing information and tools and the S&P Dow Jones Indices, which is one of the world’s largest index providers for investment advisors, wealth managers and institutional investors.

The company continues to generate strong earnings and free cash flows. Its net margins are topping 37% on sales of $5.7 billion. It has a current ratio of 1.4 and, as of year-end, a ROA over 25% and ROIC of 102%. Further, the company's short percentage of float has fallen steadily over the last year and now sits at only 0.8%. There has been strong institutional interest with institution’s growing their ownership stake to 76% over the last year.

Jim Simons (Trades, Portfolio), Jones and Lee Ainslie (Trades, Portfolio) have all been increasing their positions in S&P Global. Further, the company has compounded revenues at 8% and EPS at 41.5% per year over the last three years, outpacing most other competitors in the industry.

Which of these stocks should be on your 2017 buy list?

Applied Materials, Knoll and S&P Global are three of the biggest, best and most sought after stocks in their respective industries, and all have promosing futures with the potential to keep growing. All investors with a "follow the smart money" focus should take a close look at these companies and consider buying their shares either at today’s prices or following a market dip.

Disclosure: We currently hold a position in S&P Global.