Scuttlebutt: The Qualitative Way to Test for a Moat

A stock being on a magic formula list is not any proof of it having a moat. We know it had high returns on capital in the past. We now need to test if it will have high returns in the future 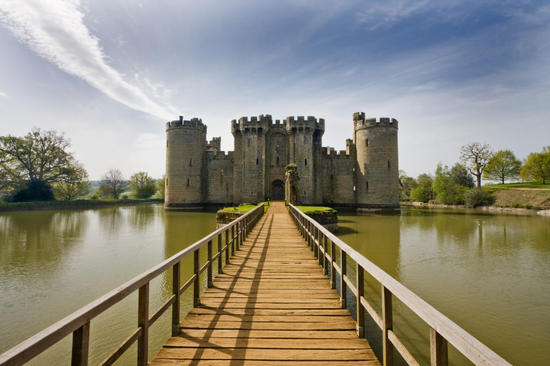 Someone emailed me this question about moats:

“I have read some of your work on moats. I wanted to ask how far quantitative metrics like long-term high returns on capital or high gross or operating margins might indicate a durable moat. You tend to look a lot at industrial structure and the nature of the markets and competition, which is more qualitative. This information is much harder to acquire as it relies on getting inside the business models of several companies in the sector as well as potential new entrants. I like this aspect of your work as it very rare. I guess it means you can look at only a few sectors. Do you use sector quantitative data to narrow down your search for areas to do the harder qualitative work? How do you then balance quantitative versus qualitative measures of durability?”

I think it is fine to start by looking for predictable companies, companies with high returns on capital, etc. But that is just a screen. It does not tell you anything about a moat. My testing of whether a company does or does not have a moat – and whether I can or cannot understand that moat – is purely qualitative.

So first I want to explain why I think about moats differently than some investors. A lot of people interested in moats follow some sort of magic formula-type approach. Basically, they look at the long-term record of a stock. They see the company has long had high returns on capital, high and stable gross margins and high and stable operating margins. They then use this as evidence the stock has a moat.

They are not wrong exactly. Companies with moats tend to have those kinds of past records. And companies with those kinds of past records tend to be more likely to have a moat. Also, in the long run, a magic formula-type approach should outperform the market. You may have to scrub the list to avoid certain cyclicals and frauds, but a magic formula-type screen combined with common sense is not a bad way to invest.

The problem is when investors confuse a magic formula stock with a moat stock.

There is a Latin phrase “petitio principii,” which is sometimes translated as “begging the question” but what it really means is assuming the premise. You see it a lot in arguments for investing in a certain stock. I would consider it a logical error in the sense it is not a very sound evidentiary foundation to build upon – but if you are not reading the argument carefully, it can give you the false sense you are on firm footing.

Let’s walk through how this idea of “assuming the premise” usually appears when questioning the existence of a company’s moat.

No, we have not. The problem is number four. To an economist holding to a very strong form of a theory of perfect competition – maybe you could argue number three is valid: the company must have a moat. But again, we have not done any specific, practical work here. That entire argument was made from reasoning alone. It is an exercise in pure philosophy.

So how do you really test for moats?

Let’s look at some of the things

Warren Buffett (Trades, Portfolio) has said about moats. Buffett bought IBM (IBM, Financial) – he now thinks that may have been a mistake – back in 2011. He said:

“…we went around to all of our companies to see how their IT departments functioned and why they made the decisions they made. And I just came away with a different view of the position that IBM holds within IT departments and why they hold it and the stickiness and a whole bunch of things.”

So something about the decisions IT departments (which are IBM’s customers) made led Buffett to believe there was a moat. I would say that is often a tip-off to the presence of a moat for me as well.

For example, I believed Breeze-Eastern had a moat. Breeze (which is no longer public) makes hoists for search and rescue helicopters. The company’s customers tended to stick with it. The company charged high prices and had slow delivery times on replacement parts. Market share was 50% or higher. That told me it dominated in the past. In fact, the term I would use is “market power.” Breeze had demonstrated market power in its past. I define market power asÂ the ability to make demands on customers and suppliers free from the fear those customers and suppliers can credibly threaten to end their relationship with you.

Market power is not a moat. A moat is something that makes your market power durable. Market power is just explaining why you can get your inputs cheap and sell your outputs for a lot this year. It does not tell us if you can keep doing it.

So I needed to know if Breeze could keep doing it.

One concern we had was there was a purely technical reason for this market power. Maybe it is hard to make one search and rescue hoist work with a helicopter it was not designed for. It would be hard for me to understand the business if the advantage was technical. So we asked an engineer who told us:

“…(Breeze’s) rescue hoists though somewhat customizable for each airframe…the overall design (is) consistent. As with any aerospace product there is some uniqueness per aircraft whether it is electrical or mechanical interface or some unique performance requirement.”

Clearly, the advantage is not technical. So we talked to a couple customers to understand why there are only two companies that make almost all the hoists and why – once you choose to go with one company in the first place – customers do not switch. One customer said:

UTX, Financial) is the only manufacturer that makes the type of hoist we use and we selected it for some very specific reasons. I suspect that things would be different if there were five manufacturers who made a hoist like this and they were interchangeable, with little or no work, but the market is too small for that to happen, so here we are.”

That is a really good explanation from that customer because it makes logical sense based on what I already knew about the business. The parts are not interchangeable. And the business is so niche – with so few aircraft models from so few helicopter manufacturers – that the scale disadvantages to being smaller than the second place company would be huge. You see this relative scale issue a lot in niche businesses.

For example, I researched Tandy Leather (

TLF, Financial) and several of its competitors admitted they are also customers of Tandy. Tandy’s relative size is 10 to 100 times that of these competitors. They buy from Tandy what they cannot economically order for themselves. If you are buying a mass-produced item – like a case of Coca-Cola – it is not that important whether you are ordering 10 cases, 100 cases or 1,000 cases at once for your company. There’s a well-functioning market for Coca-Cola out there. But what if you are ordering something niche? Like anything related to leatherworking? Tandy can order a run of 2,000 units by sending a design to a contract manufacturer in Asia. What are you going to do? Order 200? Order 20? Who is going to do a run of 20 units for you?

So I felt I understood why there were only two companies in the industry. The next question is why a customer would be loyal to one of the two providers – and when they do leave, why do they leave?

Luckily, I had a theory on why they would leave. It is the usual explanation in a high customer retention, limited choice-type industry. They have a bad experience.

A customer confirmed this for us:

“Over the years, many operators have switched from Breeze to UTC or vice versa when they get upset over customer service or for some other reason and in most cases any particular helicopter can be set up to work with either brand but there are significant changes in the fixed provisions…between the two brands for any given helicopter. It is not a usual thing for a fleet operator or a company with one helicopter with a hoist to want to or be able to switch back and forth between brands on any kind of short-term basis. Most operators just have a preference for some feature or technical support offered by one brand or the other and they tend to stick with that when they get a new helicopter. So there is incentive for the airframe manufacturers to supply either brand.”

This was very important to me for three reasons:

This quote was given to us unprompted. I did not ask “what happens when customer service is bad.” I had assumed that bad customer service – like a part being out of stock for months – was why someone would get fed up and switch from Breeze to United Technologies or the other way around. That is good news because it tends to be what happens in industries with little choice between oligopolists. People often switch cell phone carriers because they had a bad billing experience followed up by a bad customer service experience. That is actually not a bad sign for the industry. A customer switching due to a bad experience does not mean the industry is very competitive.

An indication of an industry being competitive is when customers are tempted away due to a better offer, a new product or a lower price. That is not why people switched in this industry. Also, the stickiness of the customer was not technical – so I did not need to worry about a moat disappearing if a rival introduced a new technology.

Another really important issue here is the customer fully commits to one provider or the other. This is so important – I cannot overstress this point enough. There is a risk you will drink Coke but also a little Pepsi on the side. Over time, if the price of Pepsi is a little lower than Coke or it is a little more readily available in the kinds of packaging you want – six packs or 24 packs or at your favorite local store or whatever – you might find yourself decreasing your purchases of one and increasing your purchases of the other. The greatest risk of losing a customer is letting them try a competing product. You never want them to have a low commitment way of just trying a little of someone else’s product. You want them to feel trying a competing product would mean fully switching from your product. This is a big part of what helps foster moats in banks, mobile phones and operating systems. It is not just that a lot of people using an iPhone are in the habit of using it – it is they are unlikely to have two phones. So if they choose to try an Android phone, they are going to choose to stop using the operating system they know just to try an operating system they do not. Based on these insights, I felt Breeze was in the kind of industry where it had a moat I could understand.