Why They Dominate - Part II

A discussion on platform companies 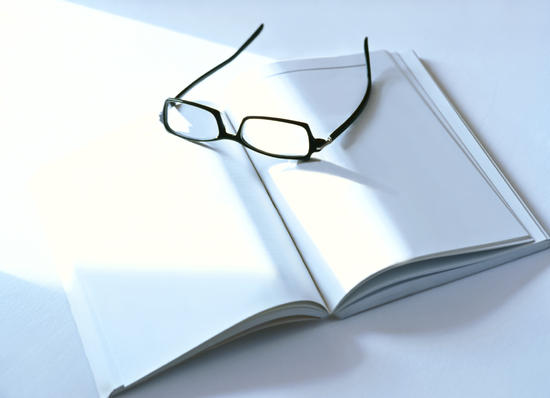 This is the second part of my summary notes of Alex Moazed and Nicholas Johnson’s wonderful book, "Modern Monopolies – What It Takes to Dominate the 21st Century Economy." My notes in my last article were about the big picture ideas. Today’s notes are about how different platform types need different disigns and why it's important to get the design right from the start.

EBAY, Financial), a seller can only sell each unit of inventory to only one buyer. For Uber drivers, when they give non-Uber-Pool rides, each driver can only give ride to one rider. In both instances, the matching intention is one. However, for marker platforms such as Youtube, the matching intention is at least 1:Many because many viewers can view the same Youtube video.

Although we’ve broken down platforms companies into two major categories – exchange platforms and maker platforms – we can further break them down into nine distinct types snince each type has a core transaction built around a particular type of value being exchanged. Platforms within each type often operate very similarly. Here are the nine sub-categories.

For example, within services marketplaces, platforms vary depending on how commoditized the service offering is. A service is "commoditized" if the service has only a limited number of relevant characteristics that consumers care about. For instance, a job like fixing a toilet or delivering a meal. In both cases, the consumer simply wants the job done well and in a timely manner. As long as the platform can guarantee a certain level of quality at the right price, all that matters to the consumer is that there is someone available to fulfill a request.

Matching a platform's design to its type is essential to its success. Platforms that don't get this right tend to get left behind by the competition. Within services marketplaces, TaskRabbit is a good example of not getting it right. TaskRabbit allows you to hire a tasker" to do odd jobs such as cleaning or home repair. However, TaskRabbit acts like a non-commoditized services platform in a commoditized industry. It initially built itself around an auction model, in which users would post tasks to the platform and contractors would seek out and bid on tasks they wanted to complete – an onerous process. The company eventually realized it had gotten the core transaction wrong, and in July 2014, it replaced its auction model with more simple and transparent pricing. In the new model, a consumer is offered a choice of three different producers with a listing of their hourly prices and experience levels and is able to order services on demand, rather than having to wait for bids to come in. This change was a step in the right direction for TaskRabbit. But the update didn't get everything right, as it still lacked control over pricing.

Commoditized services marketplaces should be responsible for setting prices to ensure its users receive the optimal price. If we look at other commoditized services platforms, such as Handy and Lyft, consistent and transparent pricing is a core part of their ability to deliver seamless matching, Because TaskRabbit did a poor job at facilitating its core transaction, the platform has been surpassed by upstart competitors, such as Handy. Not surprisingly, Handy puts much more structure around pricing and requesting services than TaskRabbit result is a better user experience and a more seamless transaction model that has helped propel the platform to its position as the leading marketplace for in-home services in the United States. The hard part is determining how commoditized or non-commoditized a platform really is.

LC, Financial) are able to set prices algorithmically. In fact, Lending Club started by letting lenders set their own interest rates before moving to setting rates itself. The platform rightly saw the opportunity to remove unnecessary friction from the transaction. However, other investment platforms such as AngelList (startup investing) require a more non-commoditized approach.

The same framework also fits social networks. On more commoditized platforms, such as Tinder, users only have a simple profile with photos and a short text description. The platform also matches a user automatically with other nearby users. However, on less commoditized platforms like LinkedIn, users have much more in-depth profiles. On LinkedIn, the connection is more about search and discovery than automatic matching. Commoditization plays a similar role in content platforms. More commoditized content platforms, such as Twitter or Instagram, typically have a large overlap between their consumers and producers, as producing content is quick and easy. However, less commoditized content platforms like YouTube have strongly differentiated producer and consumer user groups. These platforms tend to follow more of a power-law dynamic, where a small percentage of their users produce the vast majority of their content, and need to be designed accordingly.

Although all platforms are focused on connecting consumers and produces, which category a platform falls under fundamentally alters the core value it delivers. The core transaction is just one example of why the exchange/maker distinction matters for platform design. A platform's category also influences how to design and deliver on its four core functions. For example, each core transaction paradigm requires radically different matchmaking strategies or rules and standards. Which category a platform falls under also influences the audience-building strategy.

Exchange platforms, such as Uber and Alibaba, need to focus on building liquid marketplaces that have sufficient overlap of supply and demand. Maker platforms, such as Android and YouTube, are more focused on organically building stars." Stars, because of their high matching intention, can act as powerful nodes in these networks.

Many maker platforms want existing celebrities to join and bring their fans with them; however, when the platform can create its own celebrities due to the network effects within its network, it's reached critical mass. YouTube's PewDiePie, Instagram's Dan Bilzerian, and Vine's Nash Grier are all examples of normal producers who rose to fame by building huge organic followings on their respective platforms.

Understanding whether a platform is a maker or exchange platform has a big impact on how to design its core transaction and four functions. Figuring out which platform type a business fits into should always be one of the first steps in designing a platform.

Disclaimer: All credit goes to Alex Moazed and Nicholas Johnson.

Not a Premium Member of GuruFocus? Sign up for a free 7-day trial here.
Rating: 5 / 5 (8 votes)
2 Comments
Write for GuruFocus
Submit an article
How to use GuruFocus - Tutorials What Is in the GuruFocus Premium Membership? A DIY Guide on How to Invest Using Guru Strategies GuruFocus New Features