The Future of Real Estate, Part 2: A Crowdfunding Revolution?

Innovative platforms could transform the sector, but they are also risky 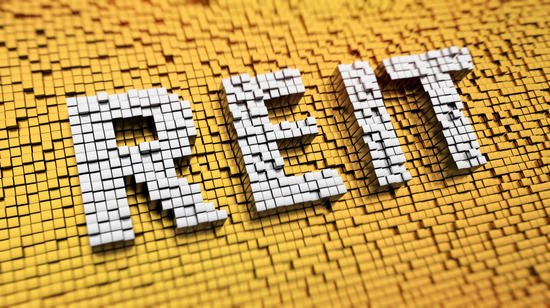 “Diversity and independence are important because the best collective decisions are the product of disagreement and contest, not consensus or compromise.”

Including real estate in an investment portfolio is an almost universally accepted piece of investment advice. It provides diversification from broader market risk and can provide attractive yields through rent or dividends. Yet accessing real estate is a serious challenge for many investors. Most can use publicly traded real estate investment trusts (REIT), which own and operate real estate portfolios and pay shareholders regular dividends out of the income from the underlying properties.

Traditionally, REIT performance has been uncorrelated to that of the stock market despite being traded on major exchanges. Unfortunately, as we discussed in Part 1 of this series, exchange-traded REITs have lost much of their diversification power thanks to their growing size and impact on the major stock indices, such as the S&P 500.

Originally conceived of as a means to support projects and content creators through donations, the crowdfunding platform concept has been expanded to serve a wide range of purposes, including raising money for real estate projects and purchases. From an investor’s perspective, crowdfunding may be just what the doctor ordered.

A well-managed crowdfunding platform should provide a range of deals, after having done sufficient due diligence itself so as to not place potential investors in financial jeopardy, and itself in legal jeopardy. When dealing in investment assets, whether equity or real estate, investors are still expected to be sophisticated and have the means to weather losses that are part and parcel with any private investment deal.

The JOBS Act, which regulates investment crowdfunding of all varieties, limits participation to so-called accredited investors, namely individuals who can prove they have made, and will continue to make, at least $200,000 from primary income. Wealthy investors can also qualify if they have $1 million in assets, excluding their primary residence (the government clearly does not want to see early adopters literally losing their houses trying out crowdfunding!).

It is a somewhat perverse effect of the JOBS Act that its restrictions on who can invest capital through crowdfunding crowds out many of the investors who are attracted to real estate as an investment, but lack the capital to penetrate the asset class. The JOBS Act is supposed to gradually loosen restrictions, and the sooner, the better. Most platforms currently have minimum investments of only $1,000. That is an affordable entry point for many savers and small-scale investors looking for yield and diversification.

Diversification through the crowd

Speaking of diversification, the benefits of a crowdfunding platform are obvious. While most investors are restricted to a small subset of possible real properties to invest in, unless you are a professional real estate investor, deals do not materialize in great numbers. Instead, you are stuck with a limited menu of properties, usually geographically close to you.

Real estate crowdfunding platforms can significantly expand the universe of possible investments (for accredited investors anyway). It gives investors access to deals spread across the country and allows for allocations of small sums to a range of properties, rather than having to put most, or all, their real estate dollars in one basket.

A growing cast of players

Interestingly, even as equity crowdfunding in startup companies has been slow to take off (Indiegogo’s platform raised just $7.53 million in equity investments during its first year of operation), real estate crowdfunding platforms have been popping up like weeds. RealtyMogul.com, for example, has an investor community of 150,000 people that have invested $318 million through its platform since it went live in 2012. The crowdfunder claims to have returned $70 million to investors thus far. RealtyShares, founded in 2013, has also posted big numbers, with platform users reportedly investing $700 million across more than a thousand deals.

A new breed of of private REIT

As the platforms have multiplied and grown, so has the sophistication of their offerings. Several now offer private REITs that use the platform’s real estate portfolio as its underlying basis. Private REITs are obviously opaque and potentially dangerous, but the crowdfunding platform has forged ahead all the same. Perhaps, with their interactive dashboards and high levels of investor transparency, these crowdfunded REITs will be able to correct some of the ills of their less technologically sophisticated forebears.

The next big thing?

Whether real estate crowdfunding makes the leap from niche strategy to the big-time depends on two things.

First is performance. The nature of real estate investment is it takes years to mature and profits are generally not realized for a long time. Thus, it is difficult to ascertain beyond anecdotal and secondary evidence whether crowdfunded properties are generating the promised returns or are performing favorably compared to allocations to REITs and other conventional property investments. The answer to this question will take some more time to answer. But the lack of definitive performance data has not stopped a steady growth of allocations from accredited investors.

Second is access. The problem currently is most beneficiaries of crowdfunded real estate opportunities can already access other forms of real estate investment. Real estate crowdfunding, and indeed all flavors of investment crowdfunding, will only truly thrive when the restrictions on who can invest in them are removed – or at least loosened. That, too, is in the works. And clearly the appetite is there. One stunning example comes from Colombia, a country whose ordinary citizens have considerably less investable capital than Americans. Ordinary Colombians do not face the same sort of legal restrictions, and many leapt at the opportunity to participate in crowdfunding the development of a skyscraper in Bogota. That particular project drew $170 million from 3,800 Colombians.

Eventually everyone, or almost everyone, should have some access to these platforms. A potential deluge of capital might impact prices, but also finally give a relatively inexpensive alternative to publicly traded REITs.

The path to normalization will be long and could be blown up by disaster at one or more crowdfunding companies. But as of now, crowdfunding looks set to have an increasingly significant presence in the world of real estate investment.

Disclosure: I/We own no stocks mentioned in this article.