David Swensen: His Model and Execution Made Yale Richer 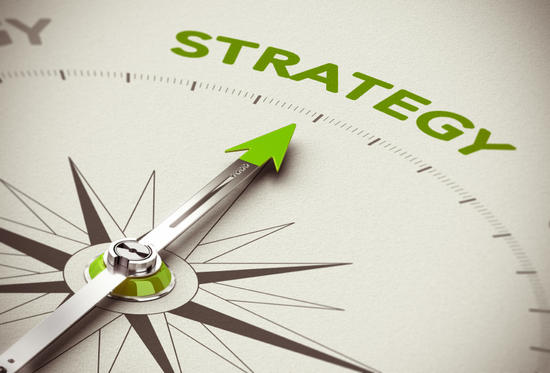 When David Swensen (Trades, Portfolio) took over the Yale University endowment fund, the fund provided 10% of the university’s operating funds. In 2016, it provided 33% of the operating budget.

The difference? Swensen’s masterful management of the fund. Over 30 years, he delivered an annual average return of more than 12%. And do not miss seeing his amazing 20-year returns on venture capital.

Swensen, who grew up in River Falls, Wisconsin, planned to become a teacher (both his father and grandfather had been chemistry professors). The New York Times reports he changed direction because of a research project he undertook while working toward a doctoral degree in economics at Yale. While doing bond pricing research at Salomon Brothers, he was offered a job. He completed his doctorate in 1980 and headed off to Salomon.

Five years later, Yale invited him to take over its $1 billion endowment fund. He says it meant an 80% cut in pay, but he moved nevertheless. Yale has certainly done well because it offered him the job: the Yale Investment Office reports the fund had grown to $27.2 billion by June 30, 2017.

He is the author of two books, "Unconventional Success: A Fundamental Approach to Personal Investment", published in 2005, and "Pioneering Portfolio Management: An Unconventional Approach to Institutional Investment", published in 2009. Swensen has won acclaim and numerous awards for his success with the fund, including having a Yale dormitory named after him.

What is the Yale Endowment?

The Yale Investments Office reports its endowment fund comprises thousands of funds; about three-quarters of them are "true endowments," gifts specifically earmarked to provide long-term funding for designated purposes. The other quarter are considered quasi-endowment monies, available to the Yale Corporation.

The endowment had $27.2 billion of assets under management at the end of the second quarter of 2017. Of that, $5.3 billion had been generated over the previous 10 years.

It is also a training field for new investment professionals. Swensen considers their development part of his mandate. Princeton, Massachusetts Institute of Technology and other universities have hired Swensen’s protégés to run their funds. Additionally, countless other institutions have adopted the Yale model as their primary strategy.

Writing in International Banker, Samantha Barnes says Swensen turned the Yale fund on its head when he took over in 1985. At that time, the fund had more than 80% of its assets in U.S. stocks, bonds and cash. As of November 2016, when the article was written, those domestic securities made up only 10% of its total investments.

The other 90% has gone into foreign equity, private equity and non-traditional asset classes. Collectively, these are known as alternative investments. There are eight classes, as shown in this table from the 2016 Endowment Update (the purpose of this table was to show to what degree the fund manager had been able to meet allocation targets):

Each asset class has a unique set of characteristics, such as sensitivity to interest rates and inflation as well as economic growth and other macro measures. These profiles provide a basis on which to assess risk-adjusted returns and correlations. The manager combines the asset classes to provide the highest expected return for a given level of risk, within the constraints of fundamental diversification and liquidity.

Liquidity is a big deal in a portfolio dominated by alternative asset classes. Because such assets typically have less liquidity, their pricing is less efficient. This situation often produces better rewards for the risk, providing intrinsic values can be established and the holder is willing to hold them for long periods. Of course, institutional investors, such as university endowments, do have long time horizons.

Swensen says the portfolio structure reflects a combination of academic theory and informed market judgment. On the theoretical side, they use mean-variance analysis, which employs statistical techniques to combine expected returns, variances and covariances to estimate expected risk and return profiles.

Further, the current asset mix should produce a real (after inflation) long-term growth rate of at least 6.9%. The mix is subject to change: for example, the Yale Investment Committee decided in June 2016 to increase the allocation in several classes by a point or two, while also reducing allocation in several other classes.

Regarding informed market judgment, he says, “Because investment management involves as much art as science, qualitative considerations play an extremely important role in portfolio decisions.” In the 2016 Endowment Update, he says the fund does not do much stock picking, instead relying instead on outside managers.

When picking managers, Swensen and his team look for those with value orientations: “the University favors managers with exceptional bottom-up, fundamental research capabilities.” They are expected to find securities that are cheap in relation to fundamental measures, including asset value, future earnings and cash flow.

Swensen wraps up by noting, “Today’s actual and target portfolios have significantly higher expected returns than the 1986 portfolio with lower volatility.”

In a 2010 article for TheStreet, writer Joe Mont argued that individual retailers could create their own portfolios reflecting the Yale model. What's more, individuals could avoid the big risk associated with the model: illiquidity. He cites Matthew Tuttle, author of "How Harvard and Yale Beat the Market: What Individual Investors Can Learn from the Investment Strategies of the Most Successful University Endowments."

Tuttle believed that was possible because of the rise of exchange-traded funds (ETFs). He pointed out in his 2009 book that the wide range of ETFs then appearing on the market meant the Yale model could be successfully copied. Obviously, an individual investor can buy or sell an ETF anytime, unlike big university funds which must move cautiously to avoid bidding the market up or down when buying or selling. In addition, thanks to the low management fees of ETFs, it could be a low-cost portfolio for individuals.

The Yale model, with Swensen’s execution, offers many points of interest. It’s particularly noteworthy that so many universities, often considered bastions of conservative investing, should adopt a model that depends so heavily on alternative assets. But Swensen made it possible, and made it work. Also intriguing: Tuttle's work in using ETFs to create portfolios with roughly the same risk-reward profile.

And, he has a very short list of equities:

JBG Smith is a real estate investment trust, or REIT. It was a new buy for Swensen in the third quarter of 2017. He bought more than 5 million shares at prices ranging from $31.81 to $37.24.

Unlike hedge fund managers, university endowment managers must make their performance public regularly. For Swensen, that is not a problem given his results.

These are the 20-year, average annual returns for each of the eight asset classes, as listed in the 2016 Endowment Update:

Take special notice of the last asset, venture capital, which has averaged an annual return of 77.4% per year over the past 20 years. While all of Swensen’s asset classes have done well, venture capital makes his portfolio outstanding.

I was not expecting to find one of the most effective investment managers at a university endowment fund. Not only has Swensen’s performance exceeded those of almost all other gurus, including the former hedge fund heroes, but he did it with a unique model he created himself. Yale University deserves credit for recognizing his talent, his contrarian model and for keeping him for so long .

Fortunately for value investors researching his work, there are annual endowment updates going back to 2001. In each, the endowment discloses its tweaks to the formula and proportions.

One area that begs attention is the use of ETFs to create an alternative assets portfolio. With his public listing of percentages of each class, he provides a framework upon which value investors can build (and update annually).

Disclosure: I do not own shares in any of the companies listed here, and do not expect to buy any in the next 72 hours.