How I Learned to Stop Worrying and Trust the Yield Curve

The yield curve has now flattened to 20 basis points with arguments still being made that 'it's different this time.' It's probably not 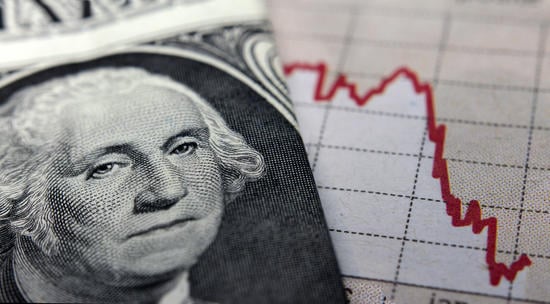 As the annual Jackson Hole central banker symposium kicks off at a ski resort in Wyoming, the yield curve has now flattened to a positive 20 basis point spread, another new low not seen since 2007. Since a rate hike is all but locked in for the end of September and considering the rate at which the yield curve is falling, an additional December hike may be enough to put us into negative yield curve territory.

Many mainstream financial news outlets are touting the case that this time, it’s different. A piece published in July out of CNBC made this case, entitled, “Bond market's recession indicator may not be working this time.” The argument made is that the Federal Reserve’s quantitative easing since 2008 has thrown the indicator out of whack, so to speak. It quotes a Fed paper that tries to debunk a negative rate spread as causing a recession, claiming the whole thing is just a self-fulfilling prophecy. The final sentence of the paper published in June says this:

Business Insider, for example, quotes UBS Wealth Management's chief economist, Paul Donovan, as mocking the yield curve indicator on the basis that yield curves in other countries do not have the same predictive power, so why should the U.S. Treasury yield curve indicate anything special? Donovan makes the point that if the yield curve does accurately signal recessions, then, “…bond dealers know more about the future than anyone else. Indeed it suggests bond dealers know more about the future than economists. That does not seem very likely.”

Or maybe it is likely. The counterargument to Donovan’s point is that since the dollar is the world’s reserve currency, it is the U.S. yield curve that directs global liquidity and that yield curves in other countries don’t trigger global recession. In any case, why is it not very likely that economists are not great at predicting the future? Why should economists be any better at predicting than someone who puts his own money on the line, like a bond trader?

It may not be surprising to hear that the last two times the yield curve inverted, the argument that “it is different this time” was also being made quite confidently. Quick research into what was being written back when the spread between two-year and 10-year treasury yields last went negative shows that economists high up in the policy wonk and central banking hierarchy were arguing, even as late as mid-2008, right before the financial collapse, that there was nothing to worry about from a negative yield curve, liquidity was abundant and the economy would keep on chugging.

A few examples. A piece on CNN Money published December 2005, when the yield curve last inverted, opined, “Unlike the last time the yield curve inverted in 2000 -- signaling the beginning of the post-bubble economic downturn -- this time around, market strategists are taking a glass-half-full stance on the prospects for the economy.” The article quotes an analyst at Celent LLC, one David Easthope, that "People have been watching the yield curve for quite a while and have baked in the possibility of an inversion…I don't get the sense that there is any panic because firms have learned a lot since 2000 about being prudent."

This wasn’t just an isolated article in a publication designed for laypeople. The assumption that an inverted yield curve is different this time was prevalent up to the highest levels in central banking. A paper published the by the European Central Bank in February 2006, for example, just before the housing bubble peaked, said the following on the negative yield curve:

"The first reason why things could differ from the past is that this time the nearly inverted U.S. yield curve seems to reflect particularly low long-term interest rates. The current historically low level of long-term interest rate in the United States may reflect exceptionally low risk premia that are driven by an unusually high demand for long-term bonds rather than by fundamental macroeconomic factors. In particular, the United States has witnessed a surge in foreign investment in U.S. government bonds since the last recession in 2001."

Also in December 2005, then-Fed Chair Alan Greenspan, the undisputed king of central banking, testified before the Joint Economic Committee of Congress that there was no need to worry about an inverted yield curve. It had “lost its ability to forecast recessions.”

It gets even stranger, though. In a presentation published on May 1, 2008 for the National Bureau of Economic Research concerning the yield curve, Duke University economist Campbell Harvey, who wrote his dissertation on the predictive power of the yield curve, tries to make the case that despite the market indicator predicting a recession, it would not be so severe this time, meaning 2008. He wrote, “Contrary to some perceptions, the world is awash in liquidity” and that writedowns in subprime mortgage debt were nothing to worry about because risk was being shared globally. He continued on to say:

"U.S. corporate balance sheets are in remarkably good shape. In contrast to previous economic slowdowns, there is very little leverage."

None of this was true. Even the economist who pioneered the yield curve-recession research that first brought this indicator to the forefront appear off in its interpretation.

The conclusion is that maybe bond traders are better forecasters of the economy than economists and that, this time, it looks like traders are going to take the yield curve signal quite seriously. An inverted yield curve still has to be in place for a significant amount of time, typically a year or more, before it turns back up and starts a recession. This time is different, but only in the sense that most traders are not going to be listening to economists that make that claim. This time everyone’s ready for it, which could end up making it that much worse.