Guru shares his wisdom on a number of topics, including margin of safety 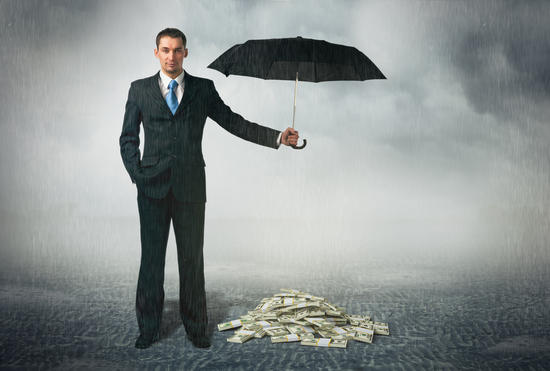 Recently renowned value investor Li Lu gave a rare speech in China at The Guanghua School of Management of Peking University. Below are my notes from the speech.

Li started his speech by discussing the difference between speculation and investing. Since the creation of the stock market, there have been two types of market participants – speculators and investors.

Speculators make money by forecasting how other market participants will behave. Investors make money by participating in the long-term value creation of the companies they invest in. The fundamental difference between speculating and investing is that speculation is a zero-sum game while investing is not. Someone always has to lose in a speculation game, but investing is a win-win game. In the very long term, very few speculators have track records, but many investors do.

Circle of competence and margin of safety

During this part of the speech, Li talked about how he defines circle of competence, how to build a competency and the importance of margin of safety.

He first shared some of his early experiences:

In his early days, Li bought cheap stocks with sufficient margins of safety (net-net stocks). Once he bought the stock, he viewed himself as an owner of the business and made an effort to learn everything about it. He gave an example of an early investment, which was a small cable operator in New York City area selling below net tangible book value. After he invested, he would visit the company during his spare time and even spoke to the security guard to learn about the business. He made a multi-bagger, but luck also played an important role. The important thing is to have a large margin of safety based on balance sheet analysis before making investment decisions and then really have an owner’s mindset once you are invested in the stock.

He also emphasized paying special attention to how businesses differentiate themselves.

Li gave an example of two gas stations across the street from each other. One gas station’s customers outnumbered the other by three times. So he spent hours observing the differences and found out that one was run by an Indian immigrant’s family who lived in the gas station. The other was run by a caucasian who hired somebody to operate it. The Indian family would come out and offer free water to each customer and their kids would offer free car wash services. Their competitor offered no value-adding services. Of course, customers all went to the Indian-run gas station.

He then highlighed the importance of a circle of competence.

Everyone’s circle of competence will be different. It’s better to build a circle of competence in businesses you are interested in. In other words, let your personal interests guide you, not someone else’s interests. A common mistake for investors is to keep adding more companies to the research list because of the fear of missing out and a distorted incentive system. But there comes a time when investors should be doing subtractions, not additions.

In cultivating an owner’s mentality, Li asks his analysts to imagine every business they analyze as their own companies inherited from their deceased uncle. You inherited the company, but know nothing about it. What would you do to understand the business?

At Himalaya Capital, Li asks his analyst one simple question when analyzing a company: Can you tell what the worst-case scenario is for the business during the next 10 years? In other words, if sometime over the next 10 years everything that could go wrong does go wrong, what will the economics of the business look like?

He also suggested one way to find out whether you understand a business or not – speaking to someone who’s very knowledgeable about the business but has the opposite view about its future. If you can prove you know more than him, then you can say the business is within your circle of competence.

First, he said index investing makes a lot of sense, but the important thing is to pick an index that’s a good proxy of the underlying economy. For instance, the S&P 500 is a good index because it’s representative of the U.S. economy, whereas China’s CSI 300 is not as good because of the heavy weight of financials.

Alternatively, non-professional investors can outsource to long-term-oriented professional money managers who understand their circle of competence and have a long runway.

Third, he said holding cash is better than speculating.

Finally, non-professional investors should avoid investing in opportunities that might offer promising returns, but which they don’t fully understand. Instead, they should be satisfied with lower returns but more sustainable investment products. Around 6% to 7% compounded for many years is very powerful.

Not a Premium Member of GuruFocus? Sign up for a free 7-day trial here.
Rating: 5 / 5 (7 votes)
4 Comments
Write for GuruFocus
Submit an article
How to use GuruFocus - Tutorials What Is in the GuruFocus Premium Membership? A DIY Guide on How to Invest Using Guru Strategies GuruFocus New Features