Lessons on When to Sell From Terry Smith 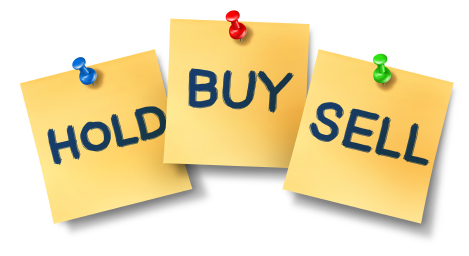 We at Urbem find it significantly beneficial to learn from the greatest investors' decisions to sell. A decision to sell could imply an elevated investment risk ahead. Meanwhile, selling at a good price can be harder than buying at a good price, as selling is exposed to unlimited risk of missed potential.

In this article, we will go through the records of Terry Smith, often called the "English

Warren Buffett (Trades, Portfolio)," who claims that the most challenging part of his investment strategy is to "sit there and do nothing." The "sell" decision is a really big deal at Smith's firm, Fundsmith, as the firm has a low turnover rate.

Below is a summary of the voluntary sales (excluding impacts from acquisitions or spinoffs) at the Fundsmith Equity Fund since its inception, along with the reasons given for the sales:

As we observe, most of Smith's sales were due to deteriorating fundamentals. Examples include poor capital allocation, unsatisfactory growth and a narrowing moat. In particular, Smith stays cautious about large acquisitions, as described below:

“Sigma-Aldrich attempted to acquire Life Technologies, a company which is much larger in every sense – revenues and market valuation. This worried us a lot. With our low portfolio turnover we are in effect leaving the allocation of capital generated by the wonderful returns earned by our portfolio companies to the management of those companies. When one of them looks likely to take a business with good, predictable returns and do something large, exciting and risky, we have a strong impulse to run away.”

Smith has also been keeping his eyes on the development of the competitive landscape, as indicated in the case of Swedish Match:

“We sold the latter [Swedish Match], which had also been our worst contributor in 2013, during 2014. We took the view that the ecigarette development, whilst not necessarily harmful to the cigarette companies, was a potentially disruptive change which could adversely impact its Snus smokeless product. We are sensitive to the possibility of permanent loss of value which disruptive change can cause and on the whole we seek to avoid investing in companies which could be affected by it.”

Quantitatively, Smith depends on metrics like margin, the total return on total capital, the incremental return on incremental capital, top-line growth and valuation (e.g., free cash flow yield) to facilitate his "sell" decision-making. The sales that Smith regrets the most appear to be Domino's Pizza in 2015, according to his annual letters. A high valuation here drove the decision. Hence, one key lesson can be learned: never sell a good company with good fundamentals and a profitable business model just because it seems overvalued.

Disclosure: The mention of any security in this article does not constitute an investment recommendation. Investors should always conduct careful analysis themselves or consult with their investment advisors before acting in the stock market. We own shares of Domino's Pizza and Waters.

Not a Premium Member of GuruFocus? Sign up for a free 7-day trial here.
Rating: 5 / 5 (10 votes)
Write for GuruFocus
Submit an article
How to use GuruFocus - Tutorials What Is in the GuruFocus Premium Membership? A DIY Guide on How to Invest Using Guru Strategies GuruFocus New Features