Activist Investor Reportedly Seeking to Shake Things Up at Glaxo

Hedge fund Elliott Management takes substantial position in British company, whose shares have lost value over the past 5 years 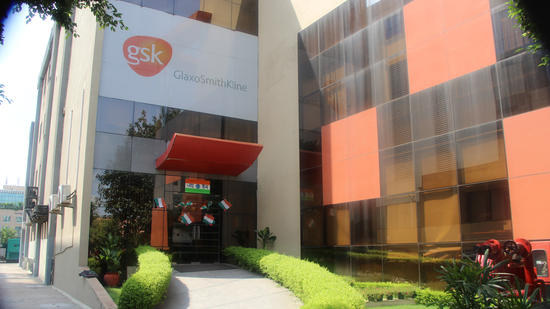 GSK, Financial) has poked the bear.

In this case, the grizzly is Elliot Management, the New York-based hedge fund well known for advocating for change in underperforming companies, especially those in the pharmaceutical industry. Glaxo certainly fits the bill. The British pharma giant's shares are down 10% in the past year and have done even more poorly over the past five years. The stock did pop a bit last week on news of Elliot's potential involvement, jumping about $1.50 to just short of $38.

Elliott wants to see more appreciation a lot more. To instigate change, the hedge fund is reported to have taken a 5% position in the company, according to an article in FierceBiotech, which related that the news came from unnamed sources who spoke with the Financial Times.

The focus of Elliot's dissatisfaction seems to be Glaxo CEO Emma Walmsley, who has served in her current position for the past four years. Walmsley has an impressive resume but is light on experience in the pharma industry for someone at the top of a company with a market cap of nearly $100 billion. Before joining Glaxo in 2010, she worked at L'Oreal (

XPAR:OR, Financial) for 17 years in a variety of marketing and general management roles. She holds an master of arts degree in classics and modern languages from Oxford University.

Like many companies, the pandemic ate into Glaxo's sales and profits last year. In 2020, the company scored net income of 62 cents per share on revenue of $11.5 billion. Both figures fell short of the analyst consensus of 70 cents and $11.3 billion, respectively, reported James Li in his early February GuruFocus article.

The picture for 2021 isn't that much brighter, as Glaxo continues to be plagued by the pandemic. The company is predicting a decline this year in the mid-to-high single digits for adjusted earnings per share, mostly because of Covid impacts. Pharmaceutical revenue is expected to grow flat to low single digits, while consumer health care sales are anticipated to expand by low- to mid-single digits, in both cases assuming health care systems and consumer trends "approach normality" in the second half.

Even that forecast might be optimistic based on some major stumbles in the first quarter, when the three of the company's touted cancer drugs ran into problems, including the one it was developing with Merck & Co. Inc. (

MRK, Financial) for head and neck cancer. The company also lost its chief of vaccine research, Emmanuel Hanon, Ph.D., who seems to have been blamed for the company's failure to develop a Covid shot, according to an article in FiercePharma.

SVB Leerink's Geoffrey Porges piled on in January when his report expressed concern that Glaxo would be able to achieve its stated goal of introducing 10 potential blockbusters by 2026. FiercePharma reported that in a note to investors, he called the company's "serial disappointments" a "major concern for GSK's medium- and long-term outlook."

It's unclear what Glaxo can do to appease Elliott. The company is already in the throes of a restructuring to divide into two separate companiesone concentrating on biopharma and the other on consumer products.

Based on its history, Elliott is unlikely to play nice. The fund pressured Alexion for several years before the company jumped into the arms of AstraZeneca (

AZN, Financial) in a $40 billion takeover. In 2018, the hedge fund set its sights on Bayer AG (BAYN, Financial), urging the giant German company to split its crop science and pharma business. Bayer refused to accede to Elliott's demands, but did initiate a cost-cutting program aimed at slicing expenses by $1.8 billion by 2024.

Disclosure: The author has no position in any of the companies mentioned in this article.