Seth Klarman Loads Up on Amazon in 2nd Quarter

Amazon is facing currency and inflation headwinds but remains a fortress

Ben Alaimo
Aug 15, 2022
Bookmark
Summary
Seth Klarman (Trades, Portfolio) of the Baupost Group is a famous value investor whose trades I watch closely. In the second quarter of 2022, I noticed he loaded up on Amazon (AMZN, Financial) stock. Amazon traded for an average share price of $125 in the quarter, and compared to that the stock price is up by ~14% as of this writing, but it is still down 22% from its all time highs in November 2022. This was a new buy for Klarman; he purchased 598,000 shares with a massive value of $75 million. Let's take a look at Amazon to see the possible reasons for Klarman buying the stock. 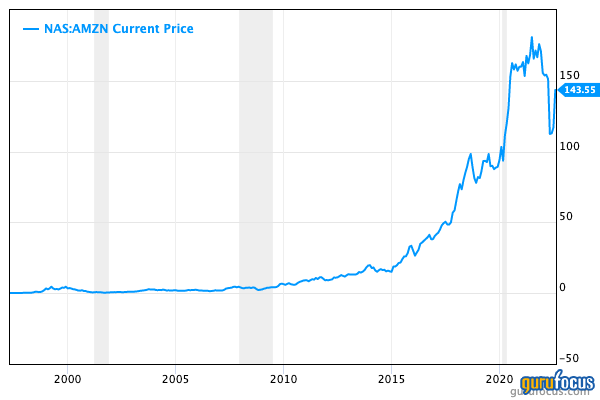 AMZN, Financial) most recently reported the results for its second quarter of 2022. Revenue popped to $121.2 billion, up 7% year over year. This wasn’t a rapid growth rate like the 27% generated in prior years, but still beat analysts' low expectations by $2 billion.

Growth would have also been higher if it were not for unfavorable foreign exchange rates driven by a strong U.S. dollar. This impacted Amazon’s international revenue by an eye watering $3.6 billion, as approximately one quarter of Amazon’s sales are in foreign currencies. 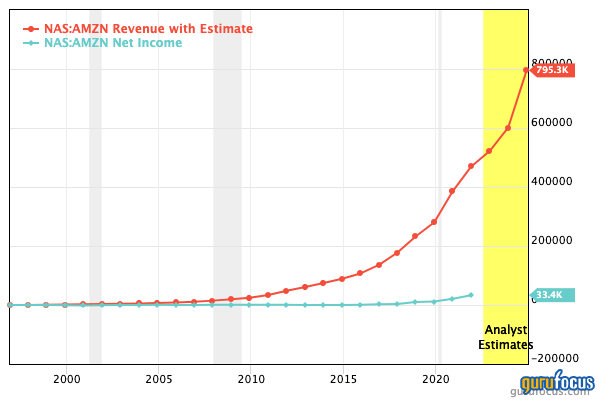 Amazon's operating income declined by 57% to $3.3 billion. This was driven by supply chain disruptions and higher fulfillment costs, which increased by approximately 30%.

However, this didn’t stop Amazon continuing to invest for future growth as the company increased its sales and marketing spend by $10 billion and announced new product rollouts with Alex Integrations for the automotive sector. Amazon also rolled out 12 new Amazon Fresh stores with the "Amazon Dash Cart." This is an Artificial intelligence (AI) powered shopping cart which enables a seamless checkout experience with no lines to wait in.

Amazon Web Services (AWS) continued to be the growth engine for the company with revenue increasing by a blistering 33% to $19.74 billion. AWS is the market leader in Cloud infrastructure solutions and over 80% of the Fortune 500 use its “Computing as a Service” technology.

Earlier in August, Amazon stated in a news report it planned to acquire iRobot (

IRBT, Financial) for a staggering $1.7 billion in an all cash transaction. If you have ever seen the movie “iRobot” starring Will Smith, you might be expecting some type of humanoid style robot when you hear the name of this company, but to the surprise of many, this is actually the company that makes Roombas - yes, the little robot floor-cleaning devices.

According to Dave Limp, the Senior Vice President of Amazon Devices:

“We know that saving time matters, and chores take precious time that can be better spent doing something that customers love... Over many years, the iRobot team has proven its ability to reinvent how people clean with products that are incredibly practical and inventive.”

However, this is about more than just cleaning. Amazon has filed many patents in the past related to delivery robots and drones and even has ambitions to make a full house-cleaning robot. Amazon Astro is the latest addition to Amazon's household robot family. This little robot is basically an Alexa on wheels. It roams your home and provides security monitoring (Ring), it can fetch you drinks, execute video calls and even “dance” with your kids.

I see many commonalities in the form factor between the Amazon Astro and the Roomba by iRobot. I personally believe Amazon could combine the two together so you can have one universal robot for home cleaning and security. According to a report by Bloomberg, the iRobot acquisition could help Amazon to better map different homes and thus create more effective solutions.

A humanoid robot could be the next step for Amazon. Elon Musk revealed Tesla (

TSLA, Financial) was leveraging its expertise in computer vision and robotics to build a humanoid style robot called “Optimus." This was announced at the 2021 Tesla Investor Day in Musk’s classic style with a costumed dancer posing as a faux robot - in other words, Tesla is still far from making a functioning prototype, but still, Amazon must step up its game if it wants to be first in this area.

Amazon is trading at a forward price-sales ratio of 2.74 , which is 18% cheaper than its five year average. 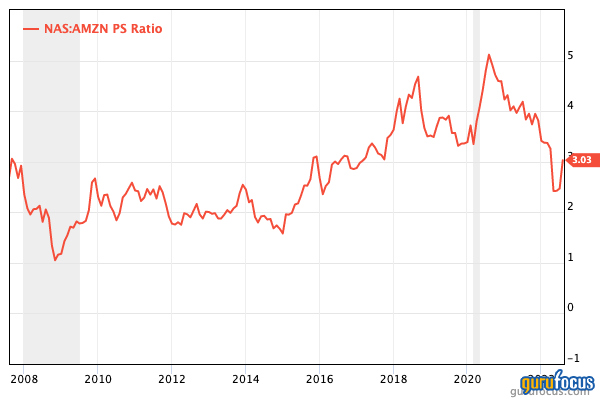 The GF Value calculator indicates a fair value of $189 per share, and thus the stock is “modestly undervalued” at the time of writing. 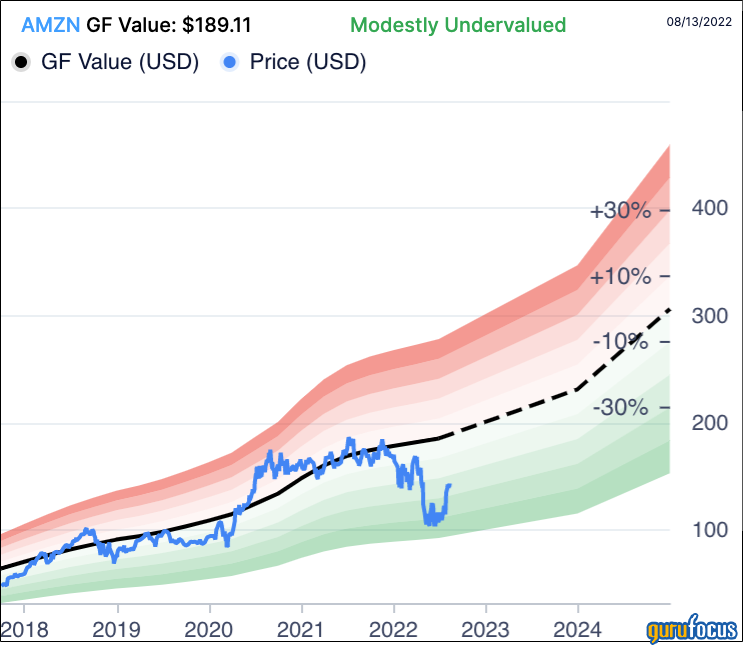 While Amazon has recently faced macroeconomic headwinds from high inflation and currency exchange rates, the stock has seen a huge sell off. However, contrarian investors such as

Seth Klarman (Trades, Portfolio) could see this as an opportunity to get an innovative tech giant at a discount.
Also check out: