The Power of Psychology and Low P/Es 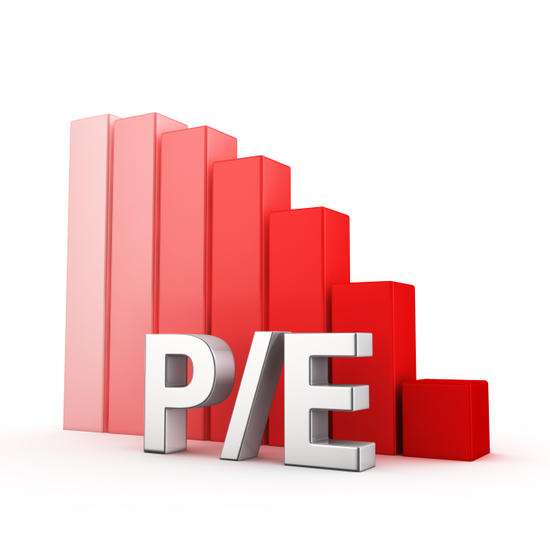 “Psychology is probably the most important factor in the market – and one that is least understood.” –Â

Meet a man whose enthusiasm for understanding the human mind may be up there with Sigmund Freud.

But David DremanÂ of Dreman Value Management is not concerned about your relationship with your mother; he’s more interested in your relationship with the markets, in a field called behavioral finance. To pursue the subject, he’s invested much intellectual and monetary capital and written innumerable magazine columns and five books.

He tries to buy when the herd is selling, and vice versa, which makes him a contrarian investor. And for many years he was an outstanding investor, a legend for buying and selling skills that earned outsized returns.

But for the last decade, his biggest fund (from which he severed himself a year ago), has generated average annual returns that trailed those of the Standard & Poor's 500.

Born in 1936, in Winnipeg, Canada, Dreman was the son of a successful commodities trader. After graduating from university in 1958, he went to work at Rauscher Pierce as a director of research. That was followed by stints at Seligman as an investment officer and senior editor at Value Line Investment Service.

He started his own firm, Dreman Value Management LLC, in 1977. One of the reasons for going out on his own was to explore the contrarian value philosophy that was becoming increasingly important to him. Later, Dreman sold his family of funds to Kemper which was bought by Scudder, and the latter was then acquired by Deutsche Bank (although Dreman continued to advise on some of the funds).

Dreman held on to his banking stocks after they crashed in 2008-2009. Their value drastically declined, of course, but Dreman decided that keeping them was consistent with his contrarian philosophy. The immediate results were bad, of course, and that prompted Deutsche Bank to fire Dreman’s firm from its flagship DWS Dreman High Return Equity Fund. He does continue to advise other funds.

In addition to his professional interest in contrarian strategies, the guru also developed an interest in behavioral finance and began to meld the two. His research on these topics led to five books, a column in Forbes that has been running since 1980 and articles for numerous other prestigious financial periodicals.

Biography based on information provided at the Dreman Value Management website and by Wikipedia.org.

What is Dreman Value Management?

Based in West Palm Beach, Florida, the firm’s website says it is “a leading contrarian value investment management firm.” It reports, in its Form ADV, that it manages $168,013,002 on behalf of 40 clients.

On its website, the firm says it aims to deliver superior investment performance over a long-term horizon by using its proprietary contrarian investment philosophy and a disciplined, low price-earnings (P/E) investment approach.

The following list of publicly traded funds comes from Google Finance; many of these funds come in three classes (A for front-end load, C for back-end load and institutional):

The largest of these funds, the Foundry Partners Fundamental Small-Cap Value Fund, was sold to Foundry, a Cincinnati money management firm, in June 2016. Although Dreman is no longer involved with the fund, two of his top lieutenants moved with it.

Investors have an incentive to shop elsewhere for funds. Dreman’s front-load funds charge a 5.75% fee, and the back-loads charge 1% (somewhat more palatable if the returns have been good). The MER is 1.25%, which is in the middle range for mutual funds.

Starting with a brief bit of history, an Investopedia article argues that Dreman may have become a contrarian because of failed investments. It reports he got caught up in popular opinion in 1969 (he was junior analyst at the time) and bought companies with strong price increases – and questionable earnings. Dreman says he lost 75% of his net worth. That made him aware of investing psychology and nudged him onto the path of a contrarian. In 2001, he told Kiplinger’s Personal Finance that he was strict about buying only battered stocks (as cited in the Investopedia article).

In its Form ADV Part 2A, the firm (and presumably Dreman) says it starts with a belief that markets are not “perfectly efficient” because they are often driven by behavioral psychology.

According to Dreman’s research and other studies, that means the market overreacts to events in predictable ways: overexuberance for outperforming stocks and too much negativity for those that underperform.

Further, Dreman believes stocks affected by negative overreactions can best be identified through a low P/E approach. More specifically, he invests in undervalued companies with strong fundamentals and strong historic earnings growth; he believes that earnings growth will persist in the long run.

Summing up, Dreman says a strong understanding of behavioral finance, combined with a low P/E strategy is the best way to stay ahead of the market over time.

Also in the Kiplinger Personal Finance interview, cited by Investopedia, Dreman widens his field of fundamental analysis. He said, “Academic studies have shown that a strategy of buying out-of-favor stocks with low P/E, price-book (P/B) and price-to-cash flow ratios outperforms the market pretty consistently over long periods of time."

In his FebruaryÂ “Intelligent Investor” column for Forbes, Dreman started by noting, “Buying stocks in industries written off as doomed is a time-tested contrarian tactic employed by superstar investors like

Warren Buffett (Trades, Portfolio).” He then went on to recommend an oil and gas stock and a banking stock.

On the oil and gas side, Dreman suggests investors look at Occidental Petroleum (

OXY, Financial). He argued (in February) that oil stocks were still cheap. His other pick is Wells Fargo (WFC, Financial); he said, “Larger banks were also put on the chopping block in 2016. Investors believed low interest rates would last forever, and regulation was so intense it was like financial water torture. But since (President Donald) Trump's election, bank stocks are back with a vengeance and still have room to run.”

As his recommendations in the Forbes columns show, Dreman still believes in buying battered stocks, including those in oil and gas and in commodities. Note as well that he offers P/E ratios in support of them. In other words, he is betting market sentiment is out of step, for behavioral finance reasons, and are available to less emotional investors at attractive P/E ratios. And going against that grain makes him a contrarian.

Financials and Technology highlight this sectoral profile of Dreman’s firm:

As the sectoral profile promised, lots of financial companies on Dreman’s list; in fact, banks and insurance companies dominate the top 10 list (appropriate considering his comments in the February Forbes column).

Although Dreman has not advised the Foundry Partners fund for 14 months, it’s likely his fingerprints are still on it. And the performance has been reasonable, although the fund has underperformed the S&P 500 on a five-year basis.

Dreman and his associates over the past year have done reasonably well in keeping the S&P 500 in sight (assuming similar performance in all funds). Those funds are just a fraction of the $168 million his firm manages (the Foundry funds are no longer a part of the firm's assets). We can’t say definitively whether his salad days have continued. But few investors with value approaches have delivered as they did in the glory days before the markets became home to so many bond-refugee dollars.

All value investors must be contrarians to some extent, but Dreman has made more of the strategy than most. He’s devoted much intellectual capital and research dollars to identifying behavioral aspects of investing and finance. Out of that has come his belief that negative overreactions can be the source of opportunities to buy good companies at bargain prices. As he says, psychology is the most important and least understood part of the market.

Finding good companies at bargain prices requires more than just a contrarian bent: it also involves separating the wheat from chaff among candidate companies that made it through the first screen. Dreman has built his firm and reputation on the strategic use of P/E, coupled with other fundamental research tools to handle the second stage.

Finally, based on the results of the fund we’ve just examined, investors should bypass his funds unless they have a specific and compelling reason to buy. A front-end load of almost 6% is sure to set your compounding back for years, and if results continue to trail the S&P 500, it will be a long wait before you’re made whole again. The effect of a trailing 1% fee could have less effect, but it’s the equivalent of paying extra taxes.

Disclosure: I do not own stock in any of the companies listed in this article, and I do not expect to buy any in the next 72 hours.

Not a Premium Member of GuruFocus? Sign up for a free 7-day trial here.
Rating: 4 / 5 (2 votes)
1 Comments
Write for GuruFocus
Submit an article
How to use GuruFocus - Tutorials What Is in the GuruFocus Premium Membership? A DIY Guide on How to Invest Using Guru Strategies GuruFocus New Features